Paul McCarthy may have found continued inspiration in George W Bush, the theme-park ride Pirates of the Caribbean, and the vintage animated film Snow White and the Seven Dwarves, yet his sculptures, performances and installations are a long way from the Oval Office, a PG matinee and the family-friendly frolics of Disneyland, Anaheim, California.

The artist, who began by lampooning the machismo of the mid-century Abstract Expressionists, moved on to gross-out performance art works, such as vomit inducing 1974 work Hot Dog. However, in recent decades, McCarthy, has taken to building sprawling, lewd, messy sets, where Disney characters and hapless statesmen cavort shamelessly with pigs, pirates and other dirty, cartoonish figures.

While it’s fairly easy to identify the source material in each of his best known works, such as WS, Caribbean Pirates, and Pig Island, part of the fascination of a McCarthy artwork lies in the degree to which he manages to distort these references to the point of near collapse. 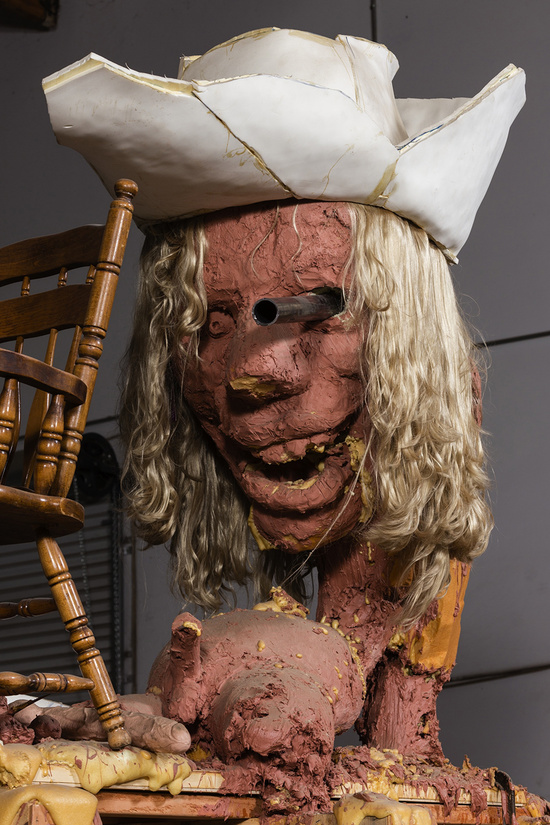 Writing about Pig Island in our McCarthy monograph, the New Museum’s Massimiliano Gioni marvels at the way this dirty assemblage of porcine perversion “appears to be falling apart and yet, at the same time, also seems to have been maniacally recomposed into a mysteriously coherent ensemble.”

Now visitors to Hauser & Wirth’s West 18th Street gallery in Manhattan will be able to see just how and when McCarthy’s characters went from kid-friendly figures to adult-only works. 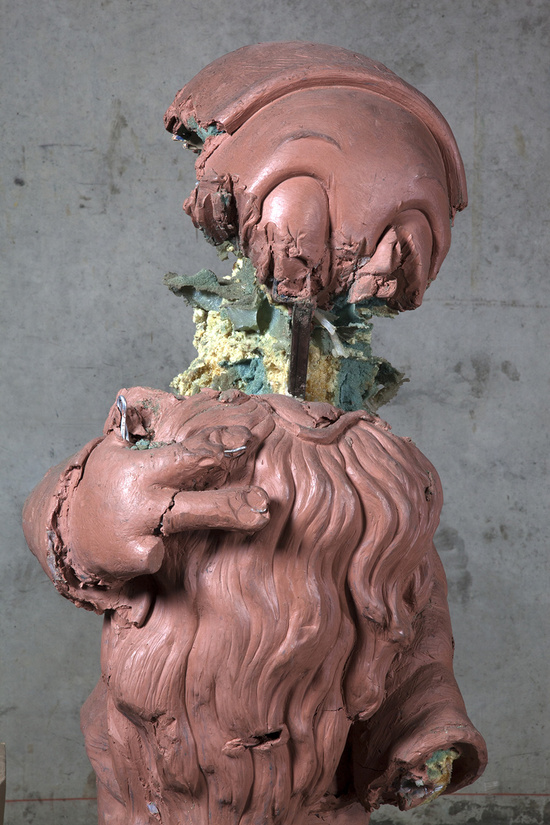 His new exhibition Raw Spinoffs Continuations brings together a series of McCarthy’s appropriations, each at a different point in his work. Each piece was made within the past 15 years, and each was featured in, or sprang from WS, Caribbean Pirates, or Pig Island.

McCarthy’s versions of the Seven Dwarves are on show; some in clay, as the artist originally modelled them, others in silicone foam, a little farther along in the production process, and others cast in bronze. There is also Chop Chop, Chopper, Amputation, a multi-figure piece from Caribbean Pirates series, which the artist has been working on since the turn of the millennium (and actually pre-dates the Johnny Depp film franchise which was also., like McCarthy's work, based on the old Disney theme-park attraction); as well as works from Pig Island, his 20015-2010 work which saw the artist include real-life political figures into his adult fantasy island. 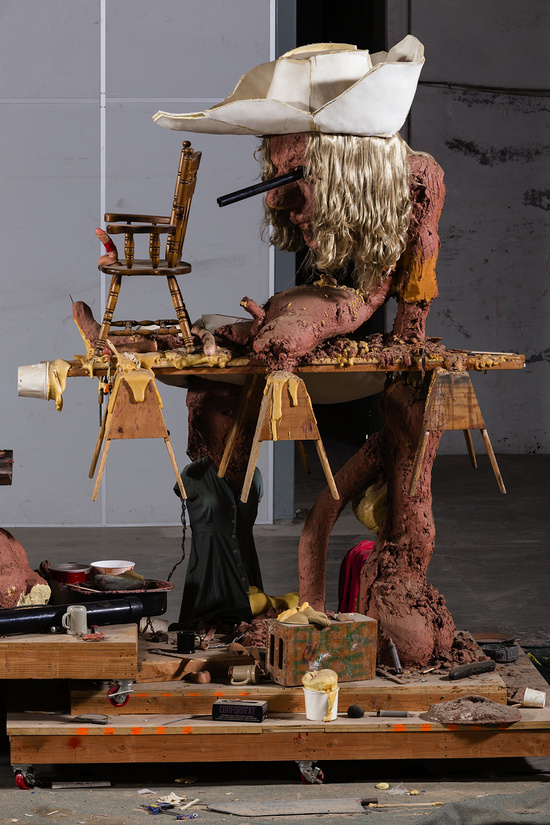 While the exhibition, which is on until 14 January, features nothing wholly new, it is fascinating to see how this singular US artist retains his old obsessions, and how, in retaining them, distorts these American myths even further.

For more on McCarthy, his career, output and obsessions order a copy of our Contemporary Artist Series book dedicated to him here.