If you're cooking on Wednesday you'll want this!

Wondering what to cook this Fourth of July? There's an obvious place you could start - and it's not your local store or deli... 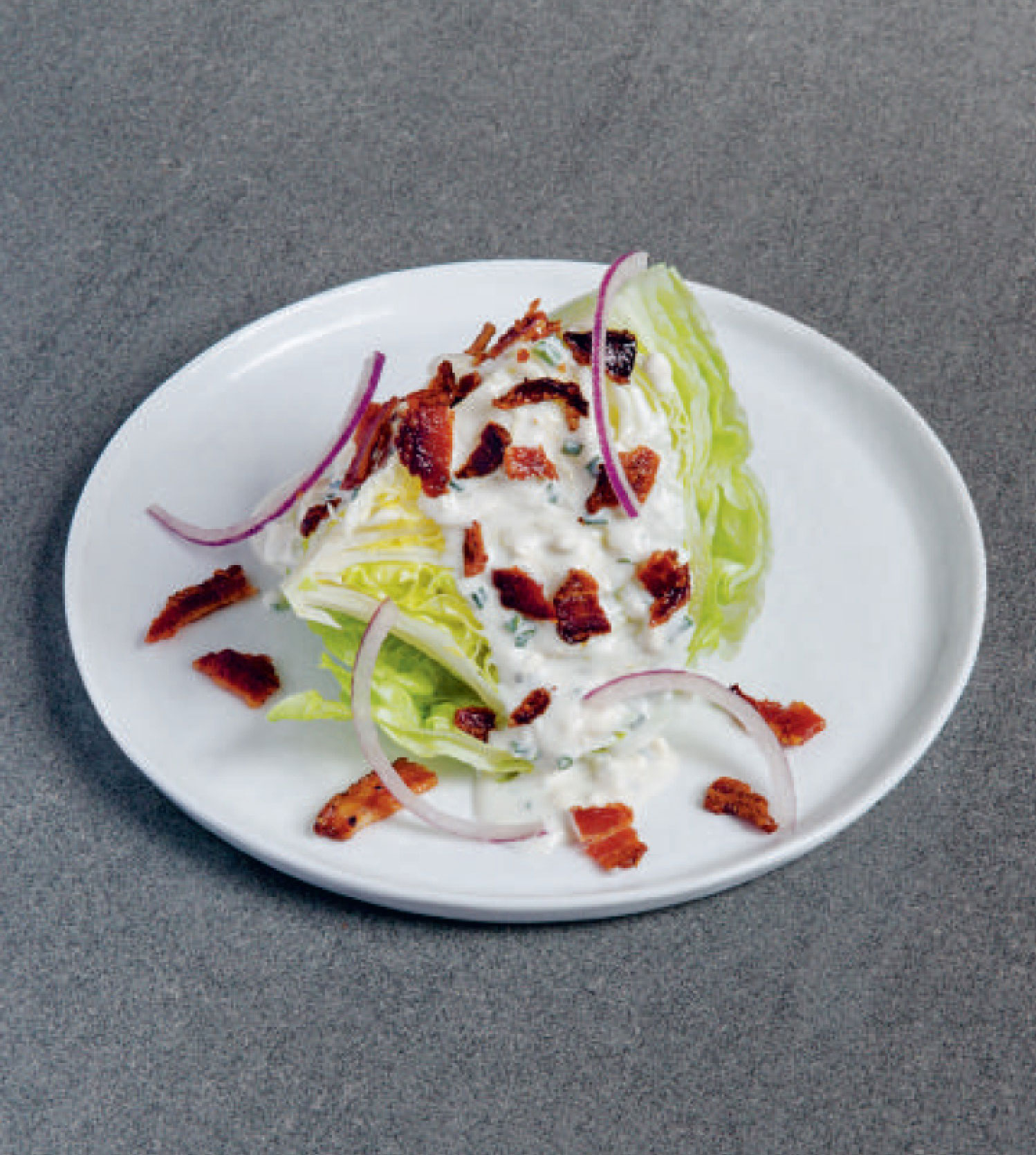 America the Cookbook is the first port of call for any aspiring Fourth of July gastronome - the go-to-recipe-compendium for all the tastes that made America great, highlighting and celebrating a continent of crab cakes and cracklins, huckleberries and huevos, fiddleheads and fatback.

The American culinary landscape is wild and wonderful but was kind of missed by many modern tastemakers until Phaidon's America the Cookbook editors trained their gaze on it. 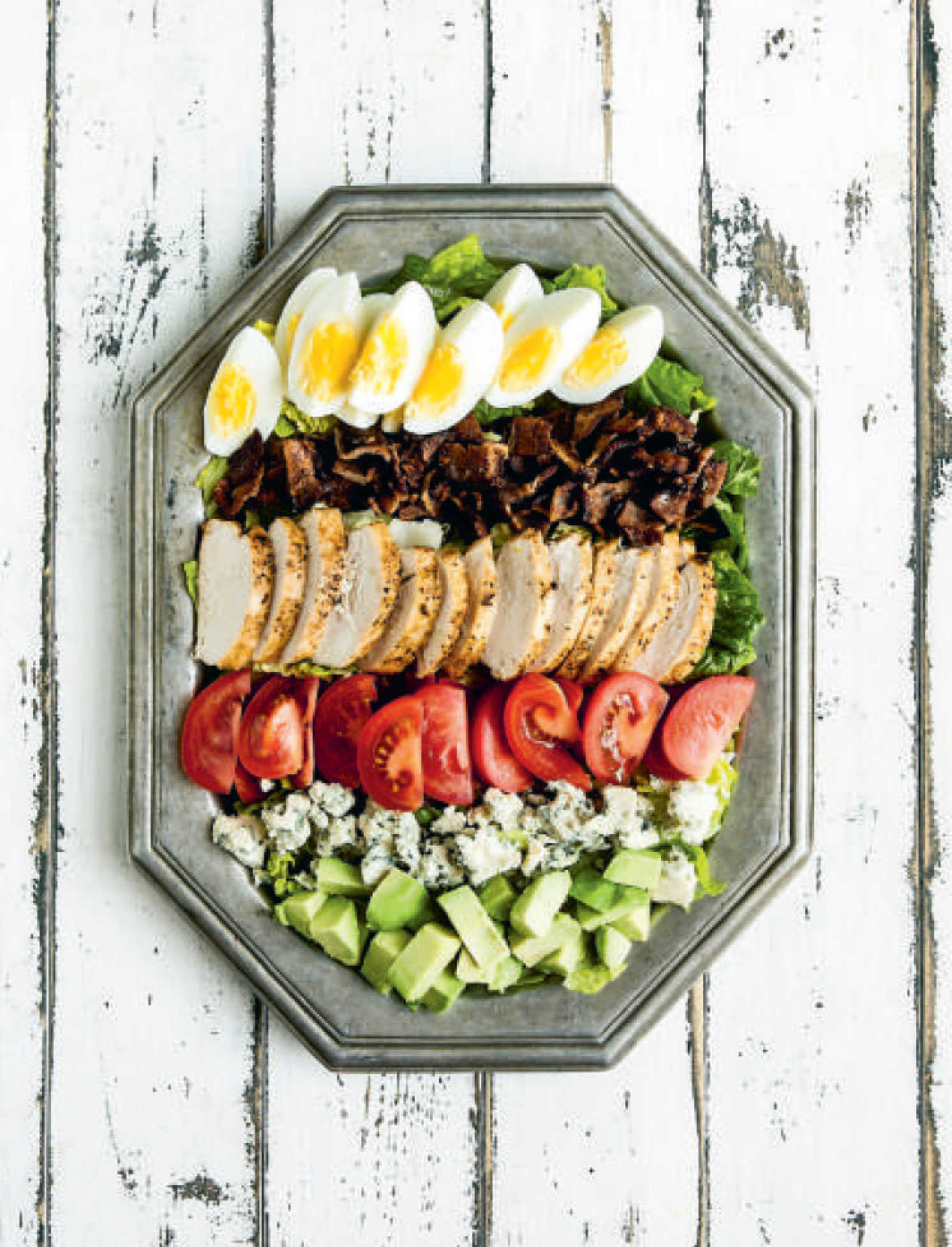 Cobb Salad - from America the Cookbook

So whether you're planning something slippery or sticky, sour sweet or searingly spicy for your celebration you'll find it in America the Cookbook. 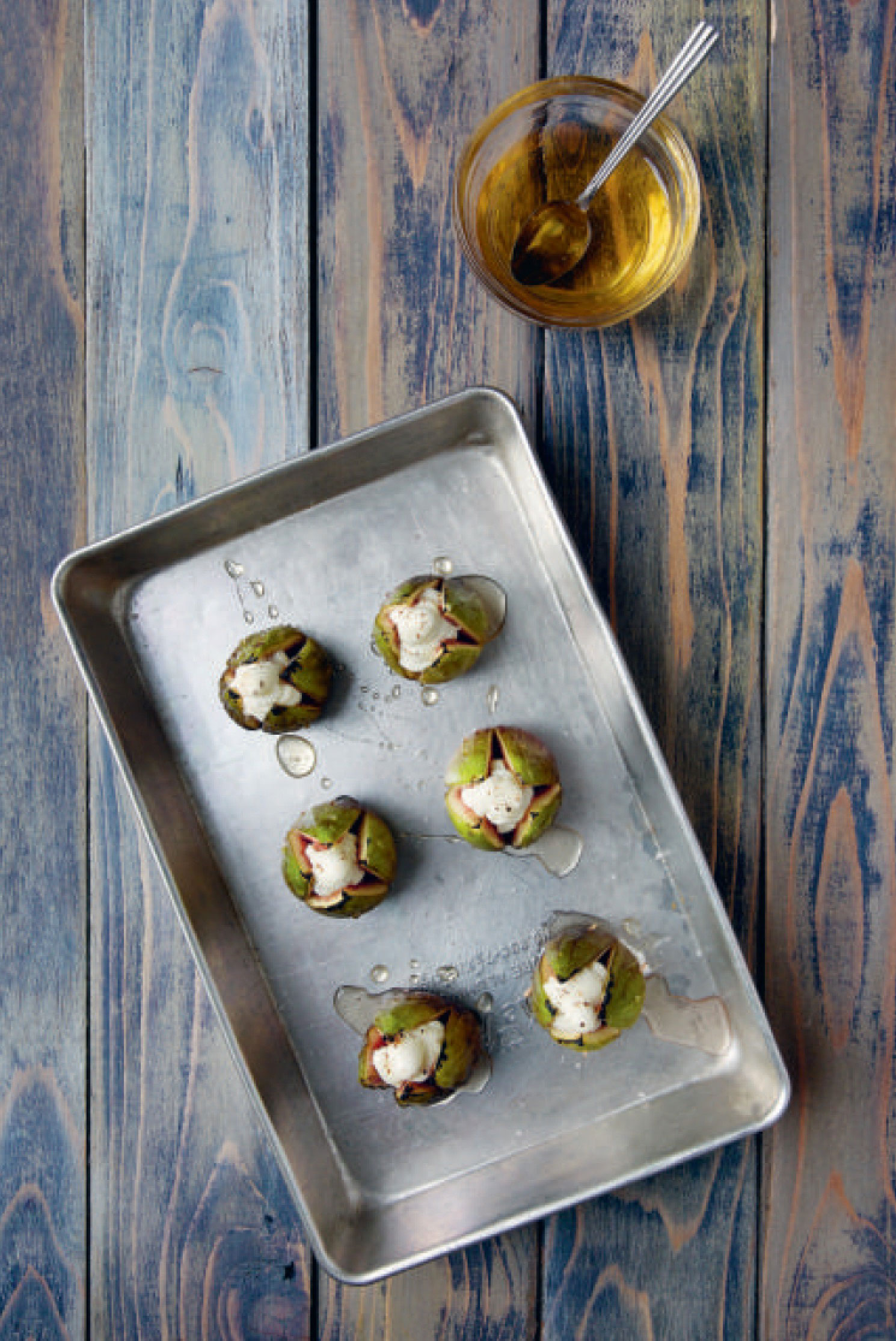 Just make sure you pour a mint julep, a cold glass of sweet tea or a sumac punch, and raise it high as you make your toast. You can discover America in our art, architecture, design and photography books but we think you'll find it tastes just fine and dandy in America the Cookbook.

With 800 home-cooking recipes, America: The Cookbook is a celebration of the remarkable diversity of American food and food culture state by state. Features 50 essays and menus from a 'who's who' of 100 foremost food experts and chefs.

America: The Cookbook is the first book to document comprehensively – and celebrate – the remarkable diversity of American cuisine and food culture. A thoroughly researched compendium of 800 home-cooking recipes for delicious and authentic American dishes, America: The Cookbook explores the country's myriad traditions and influences, regional favorites and melting-pot fusion – the culinary heritage of a nation, from appetizers to desserts and beyond. A unique state-by-state section features essays and menus from a 'who's who' of 100 foremost food experts and chefs.

Gabrielle Langholtz has travelled extensively throughout America and for a decade was the award-winning editor of Edible Manhattan and Edible Brooklyn. Previously, she was the head of special projects and publicity at the New York City Greenmarket and authored The New Greenmarket Cookbook. She resides in Pennsylvania, though has lived in many states.

"This book gets it right."—Andrew Zimmern, award-winning television host and author

"A handsome 800-recipe tome that achieves both breadth, covering every region's specialties... and nuance, exploring the backstories of hyperlocal items. Thunk this one down on the holiday table for lively debate, but do put its recipes to use-it’s hard to quibble when your mouth is full." —Garden & Gun magazine

"The melting pot of cuisine throughout the US's 50 states is examined, explored and explained by Pennsylvania-based Gabrielle Langholtz." —Centurion

"America: The Cookbook is an ambitiously-researched compendium... that celebrates the nuances of America's food heritage in the form of 800 regionally treasured recipes." —New Worlder

"An ode to incredible food and food culture this great land has to offer." —Cool Material

"[T]he most exuberant celebration yet of our culinary melting pot... Every turn of the page delivers a new delight or an old friend, transforming Langholtz's cookbook into an amble through the abundance of the splendid, sprawling American table." —Bookpage

"Langholtz sets out to document all the nooks and crannies of American cuisine, and she succeeds spectacularly... Essays from influential chefs and food writers from each state add depth and perspective to the book... Rather than simply offering a rote recitation of well-worn classics, Langholtz artfully includes recipes that show America's kaleidoscopic culinary landscape." —Publishers Weekly, Starred review

"Google "American food", hit "Images" and behold this great nation's cuisine in all its glory: lurid hotdogs dripping in luminescent sauce, greasy burgers piled a foot high and sickly sweet pancakes ready to rot your teeth. This is, of course, an unfair pastiche of what the US brings to the world's culinary table. But these reference points are all too common. This is a key driving force behind an exhaustive new tome... "None foresaw the day when chefs would boast of California wine, New Jersey asparagus, Colorado lamb, or American cheese," says Gabrielle Langholtz in her introduction. "I wrote this book to refute this misconception that American food means homogenised processed blandness. I come to bury the burger". Apart from being an American who edits food magazines, Ms Langholtz attributes the passion for her project to her parents, who would take her the length and breadth of the US as a child to experience the country's culinary delights... An education that, backed up by exhaustive research, is presented comprehensively in the book, from starters to puddings, from state to state, with recipes and chef interviews throughout."—MrPorter.com

"After years of publishing massive tomes devoted to the home cuisine of such countries as Italy, France, and Spain, Phaidon sets its sights on America, sending author Gabrielle Langholtz on a quest to document all the nooks and crannies of American cuisine." —WNYC - The Leonard Lopate Show

"The must-have kitchen bible... A heavyweight contender for space on your shelf alongside requisite copies of Mark Bittman's How to Cook Everything and Julia Child's Mastering the Art of French Cooking... It acknowledges the contributions not only of this continent's indigenous peoples but also those of refugee and immigrant populations that have taken hold in unlikely places."—Bloomberg

"To call America: The Cookbook a tome is an understatement."—Arkansas Democrat-Gazette

"Ultimate road trip... Has everything from the classics (fried chicken & macaroni cheese) to the unusual (to us Brits) shrimp & grits. Enjoy the journey."—BBC Good Food Magazine

"Even those who disparage America's food admit that is as varied as the origins of its population... It is greatly to the credit of America: The Cookbook that it has inhaled the changed aromas coming from the kitchens of America... It even has some Native American recipes... The second subtitle of this book, A culinary road trip through the fifty states, reveals its ambitions... Another 200 pages – a book in itself – is a separate section, with engrossing essays and interesting recipes by distinguished writers... These include members of the America Foodie first team [...]. For the most part, the essays are elegant reflections on the on the foods of the writers' childhoods [...] they are representative of the radical rethink of culinary heritage undertaken by the best among the current cop of American chefs. Following this section [...] are fifty pages of the best index imaginable... An invaluable resource for anthropologists, and, to some extent, for the historian of American foodways... America: The Cookbook does not have much to say explicitly about food politics, although Langholtz implicitly embraces the current progressive position. Anyone who has travelled in the Continental United States in the past twenty years knows that, as she puts it, 'American cuisine' is no longer an oxymoron."—TLS (Times Literary Supplement)

"America: The Cookbook is packed with delicious, classic recipes from across the pond."—Independent.co.uk

"Phaidon's biggest culinary bible to date... The definitive cookbook for Thanksgiving this year... A separate contributor section in America: The Cookbook features guest essays and menus for each state from a "who's who" of nearly 100 American food luminaries and chefs... But of course the most impressive pages in this beautiful book are those featuring the mouth-watering recipes."—InsideKentMagazine.co.uk

"Take a culinary trip through the hungriest country in the world... America: The Cookbook starts with an abbreviated map, which you'll use as a key as it meticulously takes through the country's myriad cuisines, state-by-state... You'll be able to eat your way across America several times, of course, because there are 700 pages of recipes in this book."—ShortList

"Encyclopedic... Everything from Alabama fruitcake to Wyoming bison jerky is represented in this brick-weight volume."—Atlanta Journal Constitution

"With 800 home-cooking recipes, America lets us traverse the country on a thorough tour of its culinary landscape and food culture... Comprehensively documents and celebrates the country's myriad traditions and influences, regional favorites and melting-pot fusion."—Energy Times

"A comprehensive celebration of America's melting-pot cuisine. With recipes from notable culinary figures in all 50 states, you can spend a year cooking your way across the country." —Fathom

"The definitive guide to American cuisine." —The Guardian, Cook / TheGuardian.com

"America: a culinary road trip through the 50 states." —The Weekly Times

"Langholtz does us all a favour, then, in tasting the many different regional specialties of the great melting pot of the United States." —Australian Financial Review Life & Leisure

"America: The Cookbook, Gabrielle Langholtz's encyclopedic Baedeker of some 800 recipes from all 50 states, is like a Joy of Cooking for the 21st century... As much fun to browse as to cook from." —Christian Science Monitor

"There are cookbooks, and then there is America, The Cookbook." —Hartford Courant

"Eating your way across America is the road trip we all aspire to. Until then, Phaidon's massive new cookbook collects 800 recipes for your kitchen from all 50 states with each getting a deep dive by the famous food personalities and chefs who know it best." —Metro New York/Metro Philadelphia

"No need to pack your bags. Take a culinary journey through the US with America." —Newark Star Ledger/NJ.com

"With more than 800 recipes and a thoughtful essay dedicated to each state, Langholtz's new cookbook reads like a magnum opus... A compelling and delicious picture of the country's cuisine." —Food52