Fashion star tells Italian Vogue that her new Phaidon book may mark a key turning point in her life. . .

A Phaidon book often comes before a significant career upsurge. Ai Weiwei was a well-respected artist before his Phaidon monograph, but not the global art superstar he is today, while René Redzepi's Noma restaurant hit the number one slot in the 50 Best Restaurants list three years running following the publication of his book in 2010.

So, where will Anna Dello Russo's Phaidon publication take her? The Italian fashion star, Vogue contributor and social media phenomenon is already at the very top of her game. Could her new book lead her in an entirely new direction?

That's certainly the suggestion she makes in a new Italian Vogue interview. Dello Russo explains that her fantastic new, multipart book – which includes a sticker book, a set of style rules, a series of paper dolls, and much, much more – comes at a moment of "strong personal change," following the deaths of the Italian style icon Anna Piaggi and Prada's style director Manuela Pavesi.

As we have previously reported, the book's publication will coincide with Dello Russo's great wardrobe sale, taking place in Milan on 24 February, which will see her sell off her personal clothes archive via Christie's and Net-a-Porter, all for the benefit of the Swarovski Foundation Scholarship Program.

Other, equally dedicated followers of fashion might approach such a sale in trepidation, but Anna says she is looking forward to it joyfully. 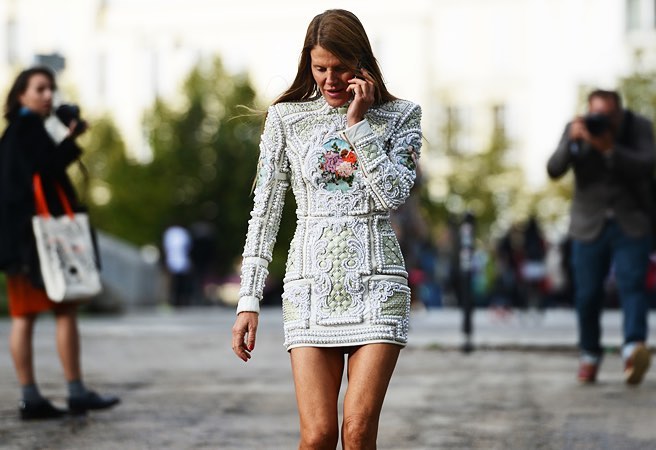 "I have no nostalgia," she tells Vogue. "I will reinvent myself." As what, asks the magazine's interviewer Angelo Flaccavento. "Maybe," replies Anna, stroking her Jack Russell Pedro, "I'll go and work in a kennel."

We'll believe that when we see it. Check back soon for more news on Anna Dello Russo's exciting new publication, and for more fashion inspiration, take a look at these books.

Anna Dello Russo is one of the fashion world's most fascinating characters, with a truly global profile and a career that continues to take her in groundbreaking directions. Designed as a keepsake box filled with a variety of surprises - a flip book, a life-sized poster, a pack of signature fashion trading cards, a pop-up book, extracts from her personal diary, and much more - this highly covetable object features some of dello Russo's best work and reflects her eccentric personality, creativity, and playful wit.

Anna Dello Russo is a fashion celebrity and stylist best known for her work as editor of Vogue Italia, L'Uomo Vogue, and Vogue Japan. Dello Russo began gaining public prominence through her work with Scott Schuman ('The Sartorialist') in 2006. In 2010 Dello Russo produced her own perfume, Beyond: The Scent of Anna dello Russo. In 2012 she became the first fashion director to design a set of accessories for the fashion retailer, H&M.