Like music stores and blacksmiths before them, laundrettes are one of those businesses which are disappearing from our high streets - like music stores (but not so much blacksmiths) the survivors are adapting to thrive. The Splash Laundromat in Barcelona is a good example. 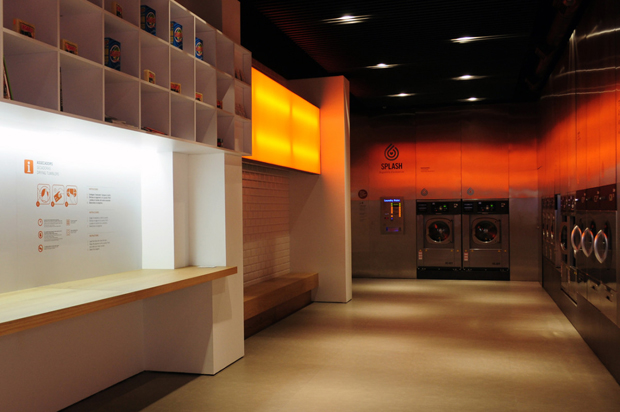 Splash near Plaça Catalunya is eco-friendly and style-conscious. It’s been completely reimagined by local designer Frederic Perers. He positioned the washing machines and dryers at the back of the 80m2 shop, boxing them in behind steel panels. The effect is an industrial-chic built-in kitchen. All this metal is contrasted with the orange lighting. “The orange tone, everywhere, reflects in the steel and serves as a warm counter element to the coldness of the metal,” Perers explains. 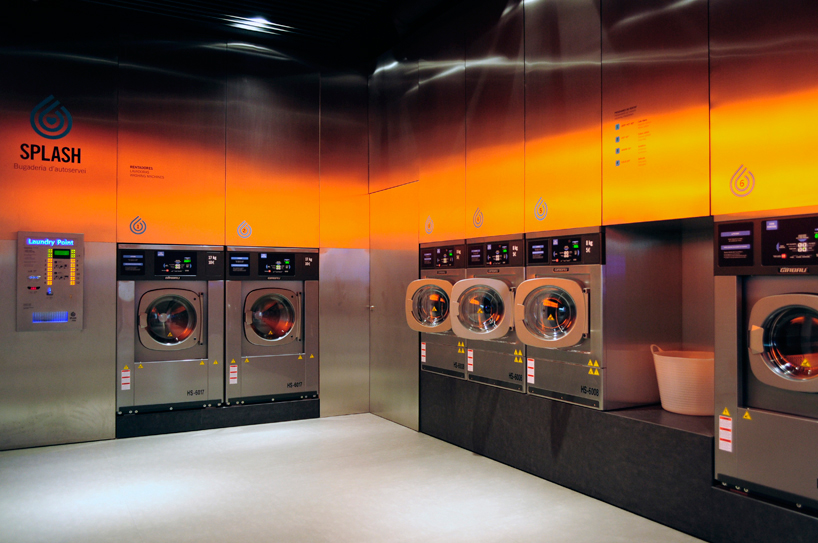 Meanwhile, at the front of Splash things are more neutral, with shiny white tiles, a pale floor and light wooden benches where customers can wait for their cycle to finish. “At the entrance” he adds, “neon lights are used as an element of communication and the shop window playfully appears to be supported by clothes lines.” Splash is groovy and functional enough to entice us to ditch our Hotpoint and do our washing in public. Now the small matter of the airfare. . . 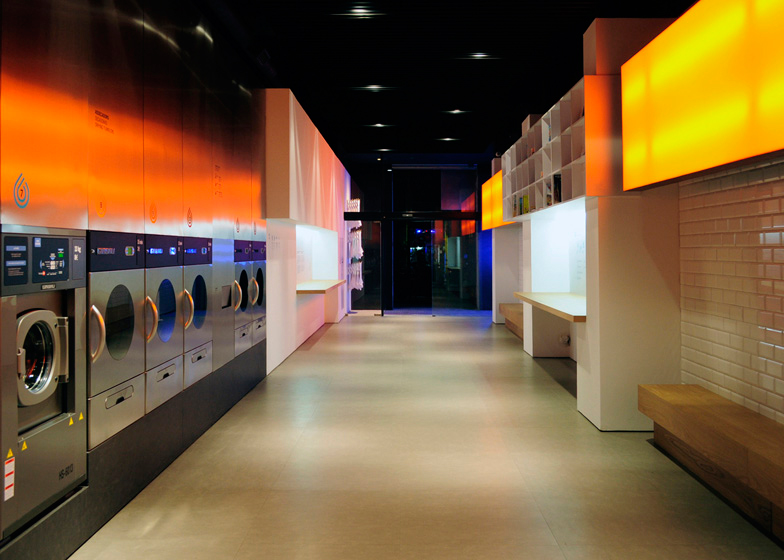 Room: Inside Contemporary Interiors Conceived and Edited by Phaidon Editors

Room is a comprehensive overview of contemporary world interior design and designers.

This international panel have each chosen 10 of their favourite interior design projects that have broken new ground in the last 5 years. Arranged alphabetically by designer, the book features more than 700 photographs, renders and drawings. The result is an up-to-the-minute collection representing the best of both global and regional interior design around the world.

Each critic has written exclusively for this publication on each of the designs they have nominated - projects that they believe to have made a profound impact on the course of contemporary interior design. The book also includes biographies of all interior designers and curators. Specifications:

Tony Chambers is Editor-in-chief of Wallpaper* – the influential design, fashion and lifestyle magazine. He started his career as an editorial designer at The Sunday Times Magazine and became art director of UK GQ in 1996.

Aric Chen is a writer, critic and curator specializing in design, architecture and art; a contributor to The New York Times, Wallpaper*, PINUP and others. He was creative director of Beijing Design Week and is currently curator of design and architecture for the new M+ museum for visual culture in Hong Kong, set to open in 2017.

Ko Matsubara is Editor-in-Chiefof Tokyo-based Casa Brutus, one of Japan’s foremost interior design and architecture publications. Casa Brutus is dedicated to coverage of all things design, fashion and lifestyle, and having a three-decade history, the monthly publication is among the most widely read magazines in Japan.

Jon Otis is a practicing designer and Professor of Interior Design at the Pratt Institute. He has been awarded the Fulbright and Lusk Fellowships and more recently he was honoured by being named a 2009 Design Intelligence Most Admired Educator in Interior Design.

Alan Yau is an internationally recognised restaurateur. In 1992 he launched Wagamama, a hip, hi-tech, healthy-eating no-reservations canteen with communal bench seating and an inexpensive menu built around the Japanese noodle. Constantly trawling the globe in search of further inspiration his unparalleled restaurant empire has always been design focused.

Frederico Duarte (Portugal) studied communication design and worked as a graphic designer in Portugal, Malaysia and Italy. In 2010 he graduated from the School of Visual Arts in New York with an MFA in design criticism. As a design writer, critic and curator he’s been writing articles and essays, contributing and editing books and catalogues, giving lectures and workshops, organizing events and curating exhibitions on design, architecture and creativity since 2006. He is also currently teaches at ESAD Caldas da Rainha and the Faculty of Fine Arts of the University of Lisbon.