JR may have started out pasting-up his work on walls in Paris, but he’s since found fame and acclaim presenting public art in very different ways.

The French artist and activist has won a TED award for his Inside Out project – which enables groups across the world to print and paste-up their own poster show.

His film, Faces Places, was screened at the Cannes Film Festival  and now he’s in the running for an Emmy – the US awards that recognise excellence in TV – thanks to his Guns in America project, produced in conjunction with TIME magazine, which has been shortlisted in the Outstanding New Approaches: Current News category. 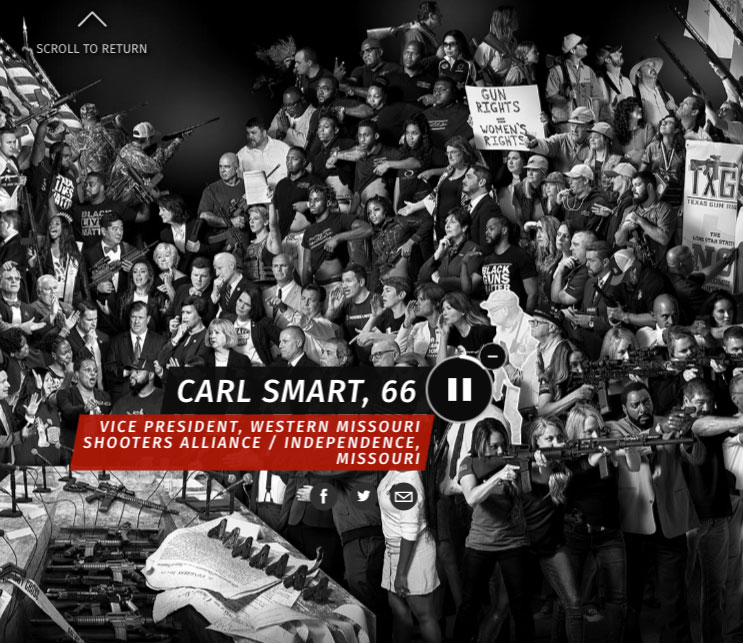 Detail from JR's Guns in America project for TIME.

Last year the artist filmed and photographed 245 Americans – each with a strong position on US gun laws – to create this collage-like, interactive video mural for TIME, which featured on the magazine’s cover. There were hunters, teachers, police officers, parents and children among JR’s interviewees, each of whom offered his or her point-of-view, via an audio monologue, which users can hear online, or at the Cody Firearms Museum in Wyoming, where the piece has been installed.

You might presume that JR, whose previous projects on immigration and religious intolerance could be characterised as broadly left of centre, would produce an overtly anti-firearms work. However, Guns in America is actually pretty nuanced. In it, the view of a paediatric trauma surgeon is offset by an equally coherently-argued position from a police officer, politician or a youth worker.

It might not be TV documentary in the traditional sense, but it certainly examines current affairs in a remarkably approachable, engaging way. Which is why it's been nominated. Good luck at the awards JR! 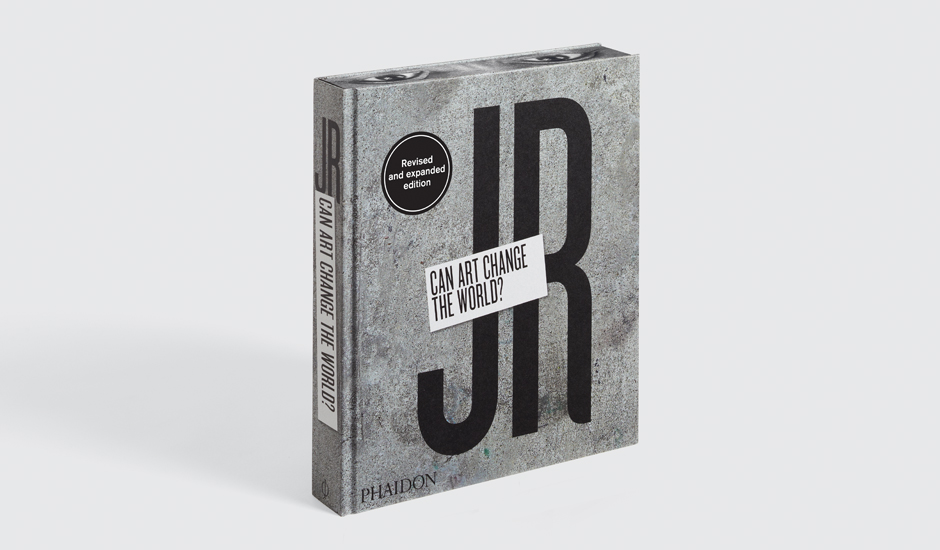 For more on this award-winning, innovative artist’s life, work and outlook, pre-order a copy of the newly updated and expanded book, JR: Can Art Change the World? here.

More on JR documentary is nominated for an Emmy