Going Once: 250 Years Of Culture, Taste And Collecting At Christie's is a fabulously rich volume that you do not have to be fabulously rich to acquire. Buy it and you can dip in at random and drink in the details of 250 diverse artifacts which have gone under the hammer at Christie's over the last 250 years.

Alongside the lavish illustrations you can learn about the cultural significance of the items the auction house has sold over the years and also the stories, often bizarre, which brought them to auction in the first place.

A great example is the story of an Assyrian bas-relief, dating back to 883-859 BC. It was first discovered in the 1840s by a young archeologist Henry Layard who returned from northern Mesopotamia (now Iraq) with a trove of excavated, exotic sculptures of winged bulls and the like. The rather handsome Layard became something of a celebrity as a result of his discoveries, which wowed Victorian London when exhibited there.

Most of his horde was given over to the British museum, where they are still on display today. However, he retained some sculptures, donating them to one of his sponsors John Guest, who lived at Canford Manor in Dorset. Guest established a special building, the “Nineveh Court”, to house them. However, they were sold on and Canford, in time, became a school. As for the Court, it was converted into a tuck shop and its ancient works covered up with vinyl emulsion. 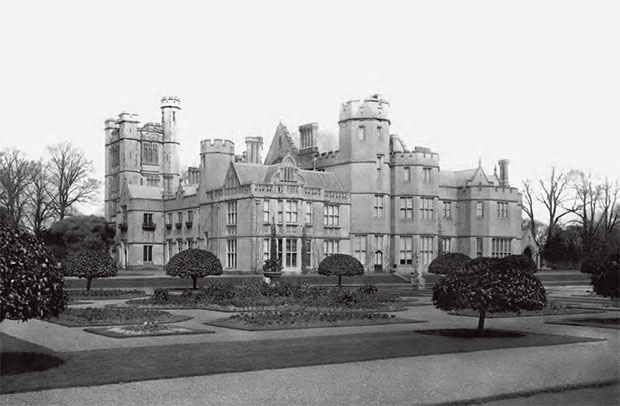 Canford Manor, Dorset Henry Layard's home and the location of the Assyrian bas-relief until 1994

In 1992, John Russell, an American Assyriologist, most likely working on a hunch, visited Canford school. He noticed a cast depicting an arms bearer and royal deity which he identified as a 2,800-year-old piece Lanyard was thought to have lost while transporting his treasures by barge.

The school wasted no time in putting up the piece for sale; it was surprisingly well preserved once stripped of paint, save for a few pockmarks resulting from it having been stationed near a dartboard in the tuck shop. It went for an astonishing £7m, spent, among other things, on a generous endowment of one Mars bar for each child in the school.

For more fascinating stories like this check out Going Once 250 Years of Culture, Taste and Collecting at Christie's in the store.