Discover the tragic tale behind one of Christie's earliest consignors, courtesy of our new book Going Once

Going Once: 250 Years Of Culture, Taste And Collecting At Christie's is a fabulously rich volume that you do not have to be fabulously rich to acquire. The auction house is renowned for the sale of items which sell for huge sums that far exceed the wildest dreams of their original owners or creators. Such was not always the case, however.

One of the most bizarre, colourful but saddest stories told in the book is that of Charles d’Éon (1728-1810), who, despite a distinguished career as a soldier, diplomat and spy, ended up in penury. He was also a transvestite, who spent the second half of his life living as a woman.

In the first half of his life, Europe was at d’Éon’s feet. He rose to be envoy of the French crown in Russia and England, earning the rank of chevalier, or knight. However, he was also a reckless spendthrift. While in London, much of his work involved information gathering, lavishing dinners on political figures such as Horace Walpole. However, he was somewhat excessive in his hospitality and personal indulgences, and found himself racking up unmanageable debts. 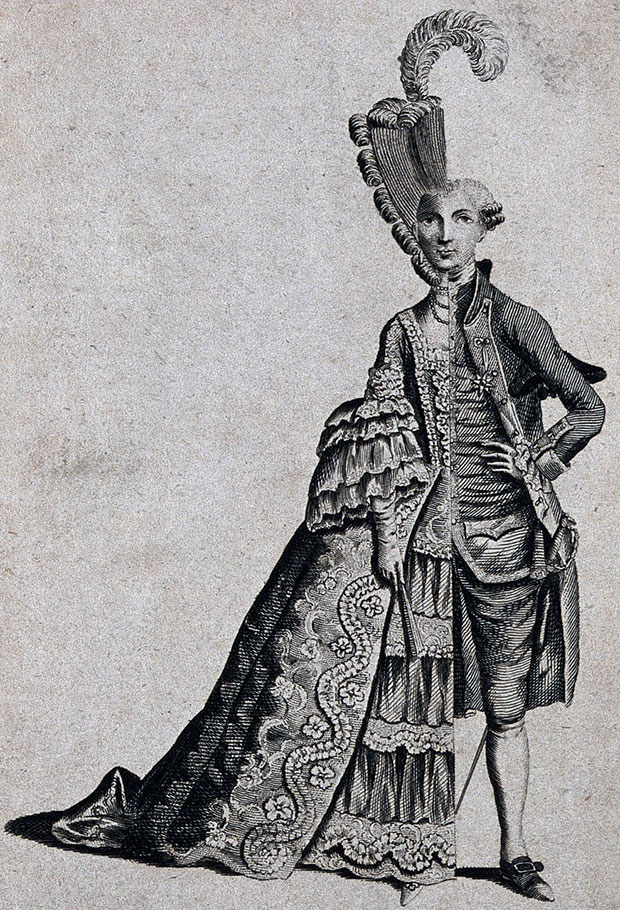 An engraving of Charles d’Éon, c.1762–3, showing him dressed as both a fashionable man and woman. From Going Once

It was an all-advised and very public spat with his boss, the French ambassador, however, which finally did for d’Éon’s career and he was summoned back to France. Before leaving England, however, he took to dressing as a woman - a disguise to elude the enemies he had made, he claimed, though it was a habit he maintained on his Burgundy estate for the rest of his days.

Despite limited funds, he continued to spend extravagantly but when his pensions and gratuities dried up he was forced to auction the bulk of his possessions at Christie’s. These included, according to the catalogue, “a cornelian ring and seal mounted in gold” and “a cleopatra in a fine hyacinth”. The 74 lots raised £345, the equivalent of £37,000 or $54,000 in today’s money, barely enough to cover his debts. The young James Christie’s catalogue notes drily mocked d’Éon’s transvestitism, adding further insult to injury.

Going Once: 250 Years of Culture, Taste and Collecting at Christie’s

This is just one of 250 captivating tales told in this delightful and beautifully illustrated volume, which spans a range of artefacts auctioned by Christie’s, from Spitfires to Surrealist art. Buy your copy here.

More on Christie's Strangest Sales – The Lady in Disguise