The US artist Sterling Ruby may have been a skateboarder and a construction worker before he found success within the art world, yet he's not afraid of less macho media. Ruby sews, uses ceramics, and has even thrown a bit of nail polish into his pictures. Interior design has also influenced his art too, though he tends to pay greater attention to maximum-security prisons, rather than Madison Avenue flagship stores.

However, that’s set to change with the unveiling of Ruby’s new installation at Calvin Klein’s 654 Madison Avenue shop. This bright yellow work heralds the arrival of Chief Creative Officer Raf Simons’ debut Fall 2017 collection. Ruby and Simons first met in 2005, and have been working together, on and off, since 2009. 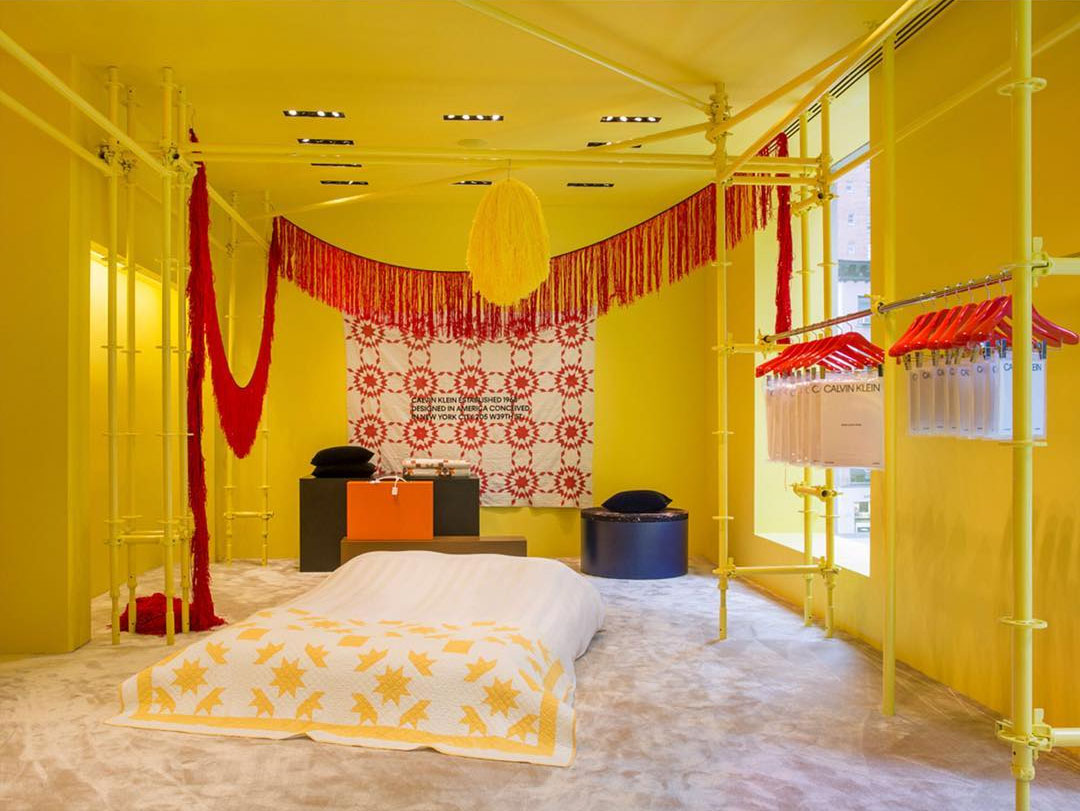 Simons, a Belgian-born designer who began his career creating furniture before switching to clothes, hopes Ruby’s work will highlight the Americana influences in his new collection.

"The use of very direct and familiar references common to the American visual experience creates a simple and emotional connection with the brand," said Simons, via the company's Instagram. 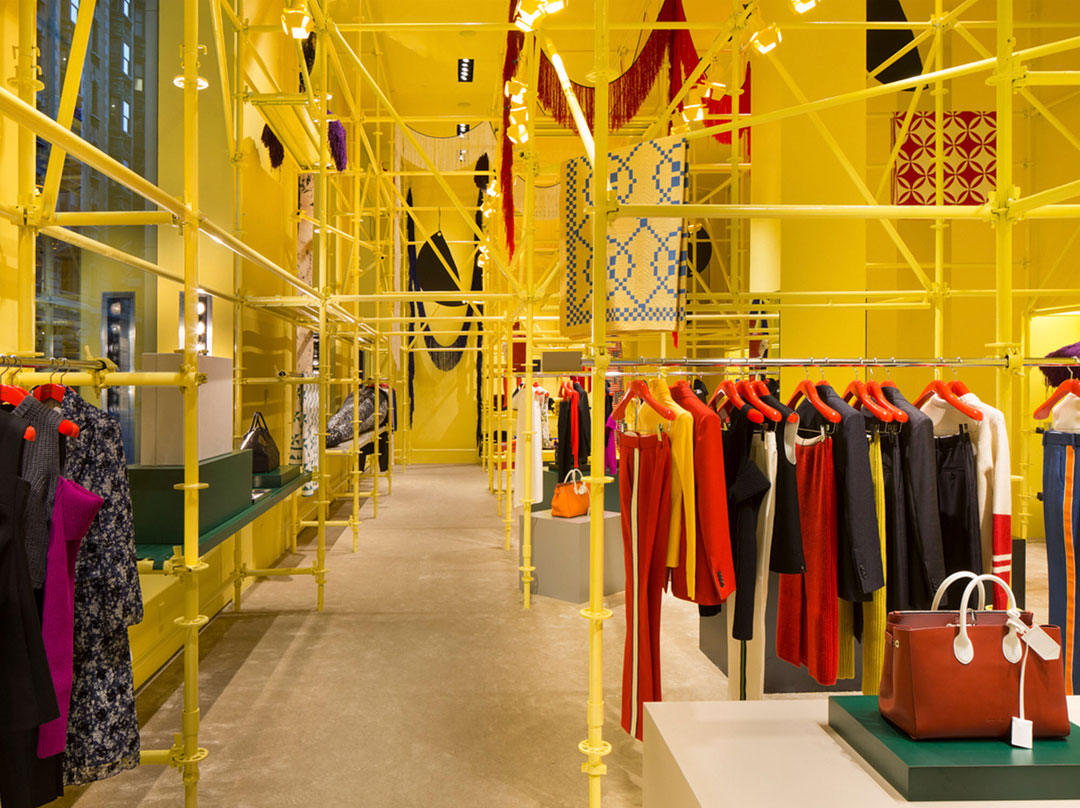 Ruby, conversely, sees the work as heralding a bright start for his friend, who took over at Calvin Klein almost exactly a year ago.“I wanted the store to glow from within, representing the new dawn of Calvin Klein,” Ruby says. “My design should be seen as a marker to celebrate the future of the brand.” 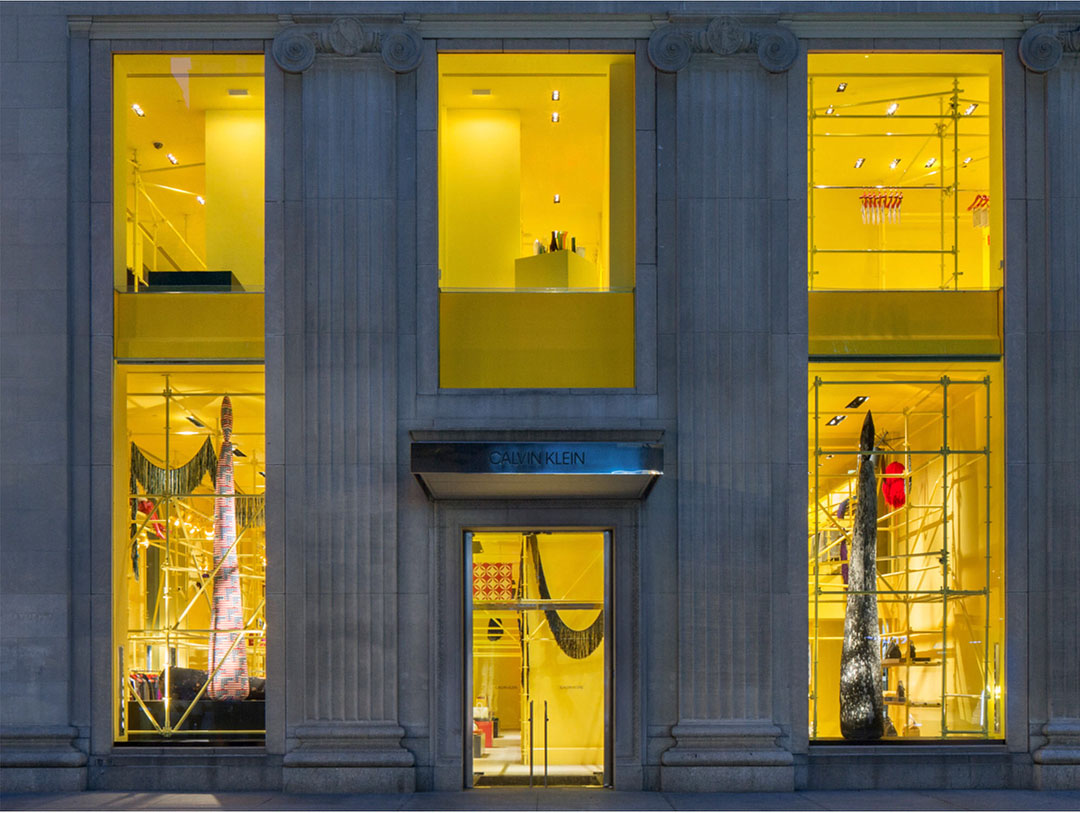 Those are quite disparate aims, yet, by the look of these pictures, both Ruby and Simons seem to have got what they wanted. For more on Sterling Ruby order our Contemporary Artist Series book; for more on Simons get The Fashion Book; and for more inspirational interiors get Room.