Sterling Ruby doesn’t like art that can be easily explained. As the American artist says to curator Kate Fowle in our new Contemporary Artist Series book, good painting or sculpture can be like good poetry: it resists comprehension.

“I think the poetry that I find most successful holds its potency in the same way that art does, wherein you cannot say, ‘this poem works because it has A and B, then via some equation the catalyst of the poem is C’,” the artist explains. “It can’t be broken down like that. You can’t explain why it works. You can’t prove why it works. People are trying to manically figure out why something does or doesn’t work, because there’s obviously something that gets under your skin, which drives you to clarify what it’s doing.”

Ruby isn’t willfully obtuse. In our new Contemporary Artist Series monograph, he describes the various influences on his work, from his upbringing in rural America; through to his more recent interests in the US prison system and East LA’s graffiti. However, he likes his art to withhold interpretation, because in that way the viewer remains engaged. 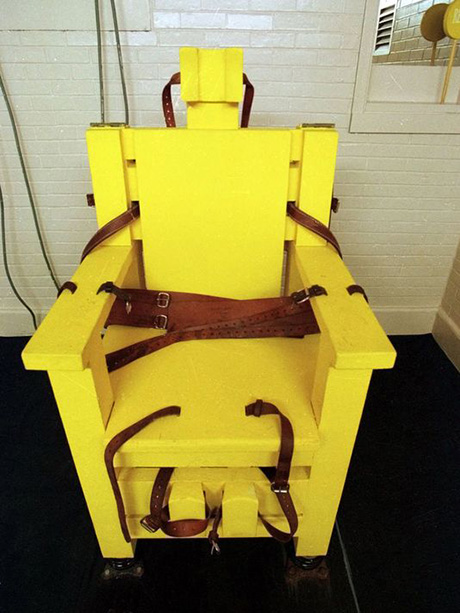 “I always want to hold on to that discomfort of not coming to terms with something about a piece – its tension,” he tells Fowle, and, to further his point talks about his 2013 work, Big Yellow Mama.

The name refers to Yellow Mama, Alabama’s first electric chair, which was built in 1927 at Kilby State Prison in Montgomery, Alabama, and painted yellow using road paint from a nearby State Highway Department facility.

“When I saw reproductions of it, I thought it looked like a Gerrit Rietveld chair (pictured below),” Ruby says, referring to the work of the world-renowned Dutch modernist architect cabinetmaker and furniture designer. “It is a yellow, almost Constructivist or Bauhaus-type, utilitarian chair, which also looks like a Transformer from a Michael Bay film.” 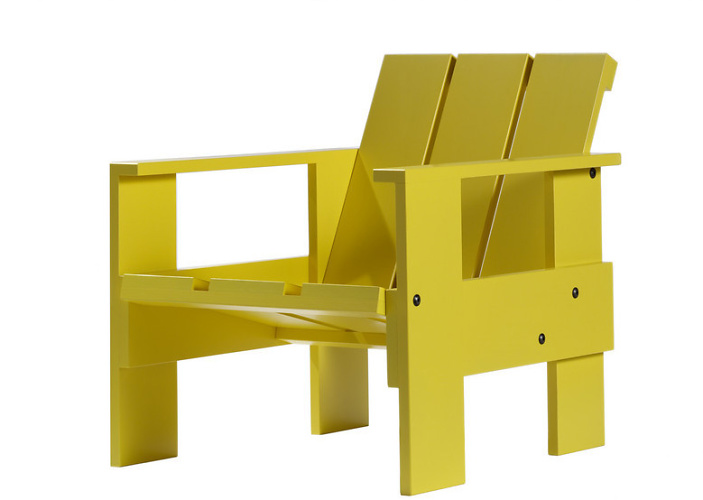 Ruby’s references are astute. The original Yellow Mama was indeed made from wood by a European inmate at the jail, a British-born cabinetmaker named Edward Mason; it does look a bit like Bumblebee, the bulky, canary yellow robot-cum-Chevrolet Camaro from the Michael Bay films. Ruby’s oversized tribute to this killing machine amps up his associations, to produce a work that evokes, blockbuster movies; venerable, bright European Modernism, and judicial executions. Big Yellow Mama is difficult to resolve, and that’s sort of the point.

“How do you reconcile that with the fact that you know it is one of the most horrific objects in America’s death industry, and that it was built by the prisoners, and the reason for the marigold yellow is not an aesthetic choice, but simply because they used the same paint that they used to make the lines in the street with?” he says. “With Big Yellow Mama, I created this large, public sculpture that looks innocent and playful and yet it comes from such sinister origins. Making art out of this loaded object opens up a whole can of worms.” 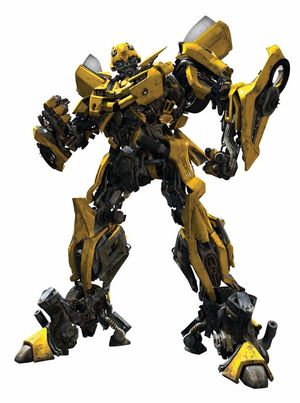 Bumblebee, from the 2007 Transformers film

And, for the viewer, much of the pleasure comes from that opening. For on this artist’s engaging work order a copy of our new Contemporary Artist Series book on Sterling Ruby here; and for more on Gerrit Rietveld, get this book.

More on The truth about Sterling Ruby's electric chair