The artist died this day in 1970 but did you know the condition that killed him also led to his best work?

Heart attacks ran in Barnett Newman’s family. In 1937, the American abstract painter’s father, Abraham Newman, retired from his clothing business following a cardiac arrest, and Newman himself passed away in New York City on the Fourth of July 1970, following a fatal heart attack, at the age of 65.

However, his heart condition, rather than simply ending his life, also helped Newman create his best-known series of works, Stations of the Cross.

Newman was a cerebral, critical painter, even among the abstract expressionists. His undergraduate degree was in philosophy, not art, and though his paintings are highly valued today, he was not hugely successful within his own lifetime, supporting himself by working alongside his father, taking on teaching jobs, and writing assignments. These sidelines allowed him to take a remarkably rigorous approach to painting.

"In 1940”, Barnett Newman is quoted as saying in Morgan Falconer’s book, Painting Beyond Pollock: “some of us woke up to find ourselves without hope – to find that painting did not really exist.’” 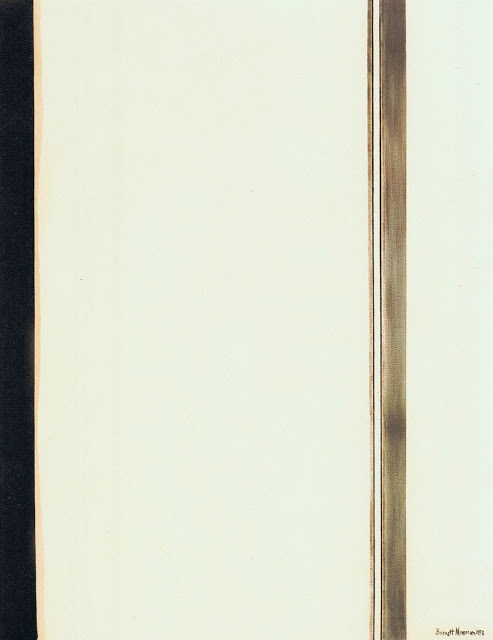 Newman didn’t mean there were no pictures on gallery walls, or paint brushes in the art shops, but rather, as Falconer puts it, “painting, as a meaningful tradition, as a repertoire of usable forms and conventions no longer exists.”

And Newman, rather despairing, viewed this realisation as a challenge, or Newman put it, "that awakening had the exultation of a revolution. It was that naked revolutionary moment that made painters out of painters.”

Newman’s own particular revolution lay in his austere, near-minimal works which, from January 1948, featured bold horizontal lines or ‘zips’ (as he referred to them) which divided up the painting.

“Rather than beauty, Newman sought to suggest a sort of mystic abstraction,” explains The Art Book. “He intended that we should not only look at his paintings but also sense the refined spirituality and mysticism suggested by their colours and sheer size.”

Newman worked away within this vein over the following decades, resisting the gestural flourishes of his contempories, and endeavouring instead to produce works that were weighty, yet also restrained.

As Barnett would later argue, any art worthy of its name should address ‘life, man, nature, death and tragedy’. His own work reached its apogee after one particular brush with death. 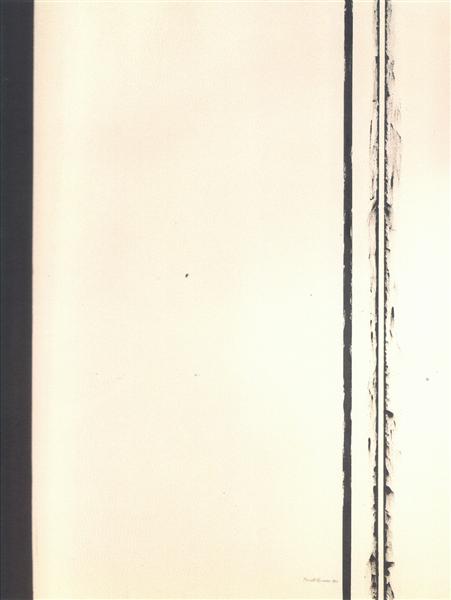 In 1957, two days after celebrating Thanksgiving with Lee Krasner out on Long Island, Newman suffered a heart attack and was hospitalised for a month-and-a-half. He returned to painting in February 1958, beginning a monochrome series he would go on to call Stations of the Cross. The works are abstract, and in no way resemble Jesus’s crucifixion; he didn’t even conceive of them as a series until he produced Second Station, and only selected the name after creating the fourth.

As our Abstract Expressionism book explains, “Newman insisted that the paintings should be viewed as a continuous narrative rather than a sequential series of episodes. To this end, the maximally restrictive palette of blacks, whites and unpainted canvas, which repeats with variation throughout the series, connects each painting to every other but does not evolve progressively.”

The simple, refined works were completed and shown in 1966, at the only solo museum show Newman had during his lifetime, at the Guggenheim in New York, and today they are regarded as influential works for later painters, such as Frank Stella, as well as towering, paintings in their own right. When Barnett passed away four years after the works’ completion, younger painters were most definitely not left without hope. Indeed, thanks in part to Barnett, they could see a way forward. 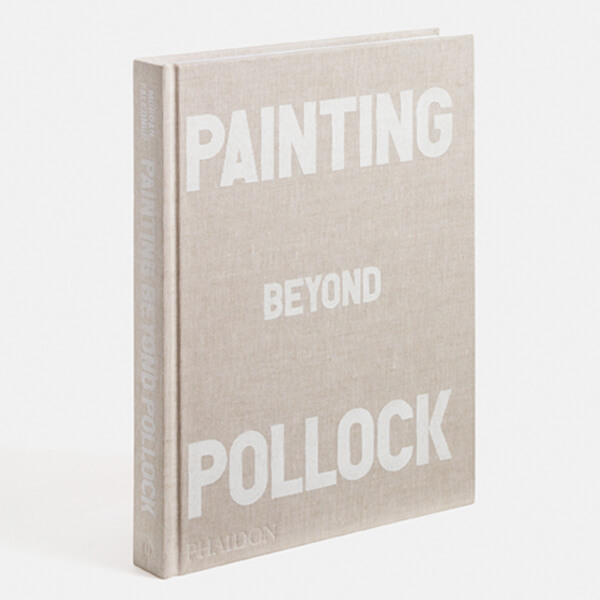 For more on Newman get Painting Beyond Pollock; and for more on contemporary painting get Vitamin P3.