Former president Barack Obama announced earlier this week that he has asked Kehinde Wiley to paint his official portrait. In some senses this is a smart, straightforward choice. As the US painter explains in our book The Artist Project: “I make paintings - portraits, primarily  - of young African American men and women.” However, in another sense the commission is a departure for Wiley, since his subjects are never as empowered or influential as President Obama.

“Generally, I enjoy painting the powerless much more than the powerful,” says the artist. Wiley complicates this mismatch by styling his portraits in the manner of European, aristocratic portraits, such as those by John Singer Sargent. 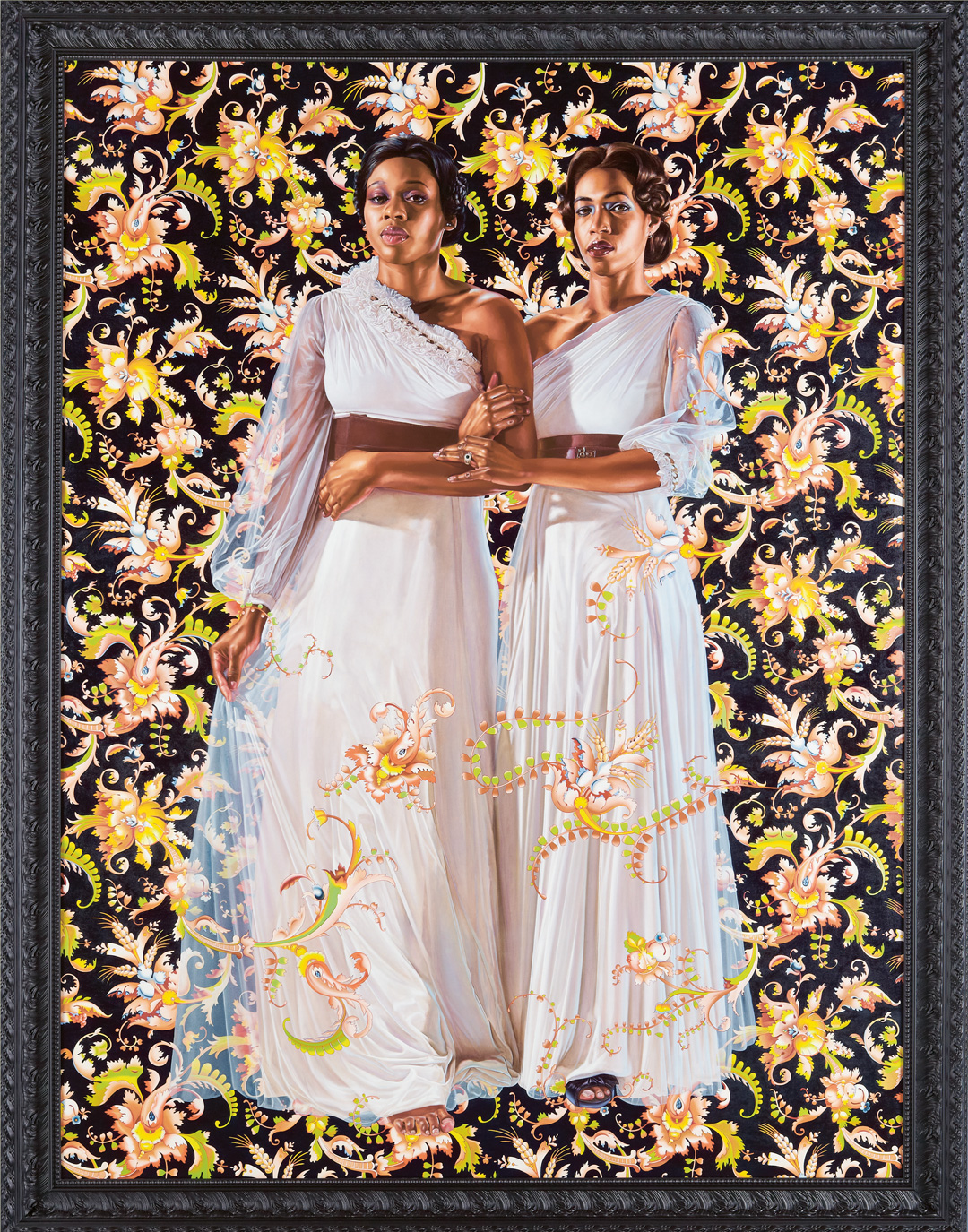 Two Sisters (2012) by Kehinde Wiley, as featured in The Artist Project

“In his day Sargent was commissioned to make portraits by some of the most celebrated families in the world," says Wiley in our new book. “I’m a young black man trying to deal with the ways in which colonialism and empire are present in these pictures—but they’re fabulous! It’s a guilty pleasure. The seduction is there. Sargent is probably one of the best painters because he’s able to make it look so effortless.”

When asked to select a piece from the Metropolitan Museum of Art’s collection, Wiley picked a 1899 portrait of the Wyndham Sisters, daughters of a wealthy London landowner, a beautiful work with unsettling power dynamics.

“There’s no doubt that these paintings of Sargent’s are high-priced luxury goods for wealthy consumers. You look at these amazing sisters in the foreground, but what we see in the background is a family portrait that points back to their history,” explains Wiley. “So the painting becomes about convincing us of our undeniable place in the world. 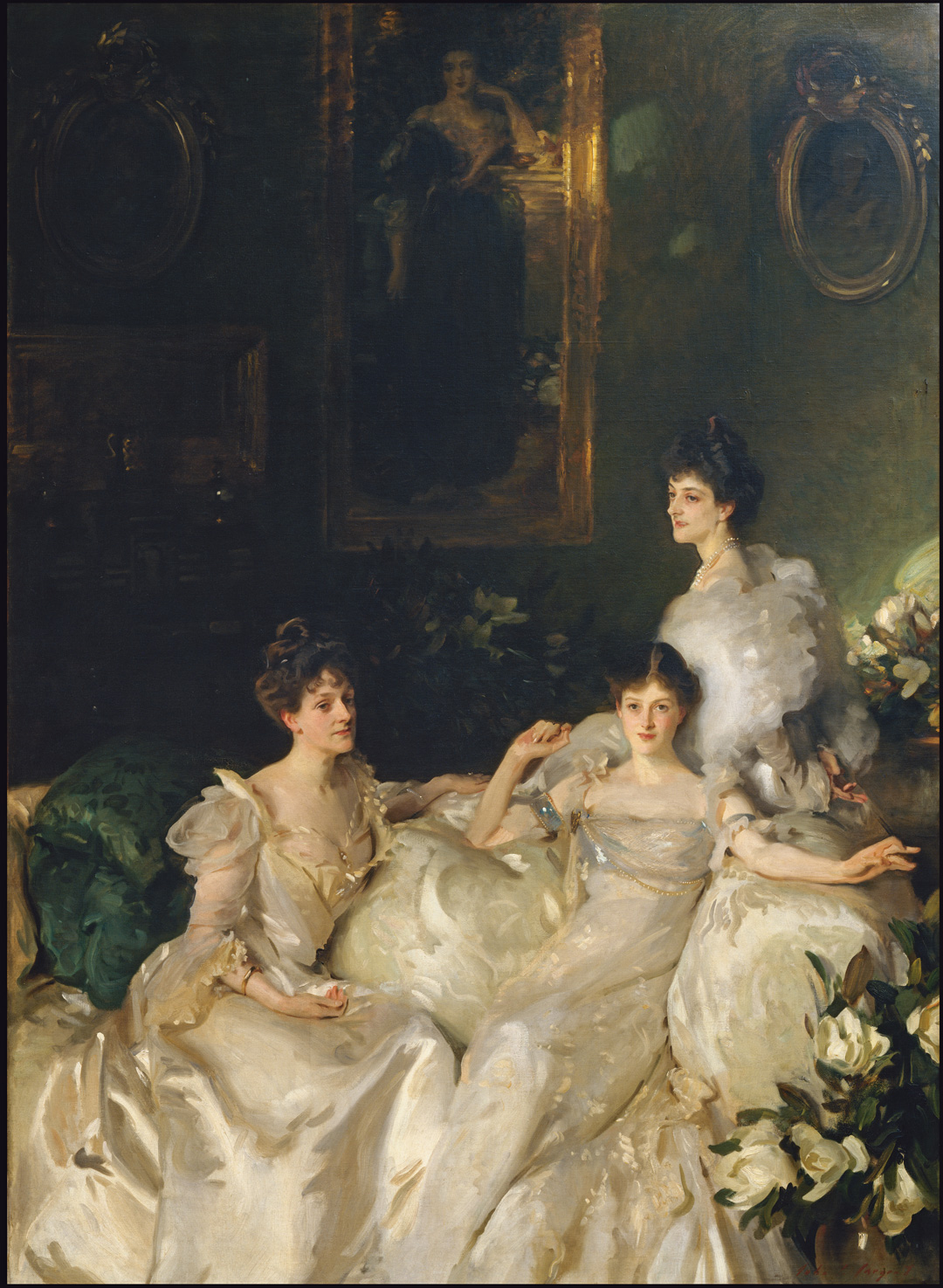 The Wyndham Sisters (1899) by John Singer Sargent, as featured in The Artist Project

“There’s also a power relationship here,” Wiley goes on “You’re standing in front of these gorgeous women at this insanely large scale. Where would you be if you were in that room? You’d be on your knees. Many of Sargent’s paintings show incredibly important social occasions. You get the best gowns made; you have your hair done to the nines. The powdered faces and pearls and all of that regalia become part of this grand show. These people have been preparing their entire lives for this moment, and here it is."

Sargent isn’t blind to this, Wiley believes. “If you look at the eyes, there’s a desire to please the artist himself,” he says. “As opposed to correcting that, Sargent paints the performance. The volume’s turned up too high on so much of this stuff, to the point where we can almost recognize the absurdity of it.”

We’ll have to wait and see whether Wiley’s portrait of Obama will include similar elements, when it is added to the US National Portrait Gallery’s permanent collection in 2018.

For more contemporary takes on classic works order a copy of The Artist Project What Artists See When They Look At Art, in the store.

The Artist Project: What Artists See When They Look At Art Metropolitan Museum of Art