On the 92nd anniversary of his birth we look at the animosity the Pop artist's work met with, following his big break

In 1964, Life magazine published a profile of the Pop artist Roy Lichtenstein accompanied by the headline “Is He the Worst Artist in the U.S.?” This might seem like an overly aggressive proposition today, when many great institutions have works by Lichtenstein in their collection, and the gulf between high and low art has been closed. Yet, at the time, Lichtenstein, who was born on this day 27 October, in 1923, certainly looked - to some at least - like a jobbing artist who had caught an unduly lucky break.

For some years, Lichtenstein had tried to find success, as an expressionist, an abstract painter, and as a kind of American cubist. He valued his national culture, but failed to find favour within the mid-century artistic establishment, which was dominated by Abstract Expressionism. 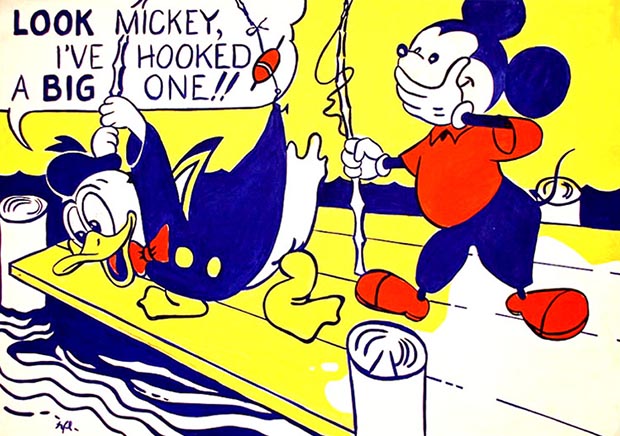 Look Mickey (1961) by Roy Lichtenstein. As reproduced in our book Pop Art

During the late 1950s, Lichtenstein attempted to work cartoon characters into a suitably painterly canvas, “the way de Kooning might do a woman,” he said.

The experiment was not wholly successful, yet it impressed his friend the Fluxus artist Allan Kaprow. Kaprow urged Lichtenstein to push it further, figuring that he might find greater success if he ditched the painterly gestures and relied more heavily on his chosen source material.

“Both men understood that the criterion for success within the avant-garde tradition was often the production of something shockingly new and different,” writes Bradford R Collins in our Pop Art book, “something with “promising despicability”, as one Lichtenstein critic later observed.”

The resultant work, Look Mickey (1961), with the accompanying speech bubble "Look Micky, I've hooked a big one" directly lampooned this mechanism of careerist shock value, while presenting something truly novel to the art world. The tactic worked; Lichtenstein got the career break that had thus far eluded the 38-year-old artist, while riling New York’s old guard. 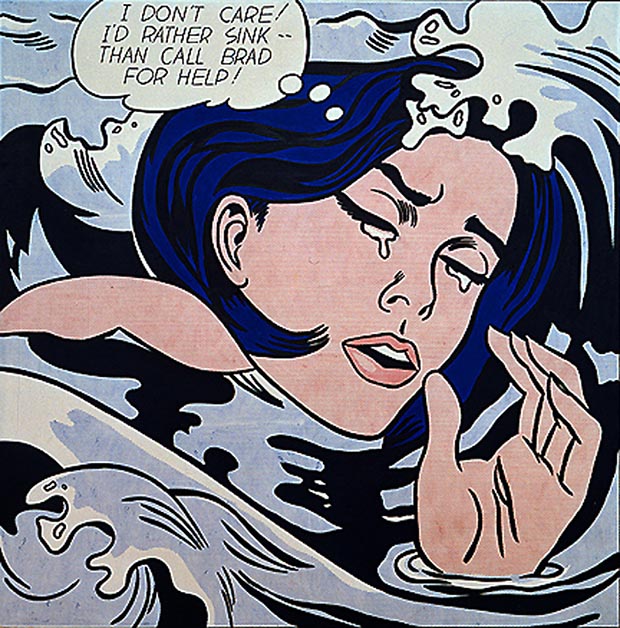 Drowing Girl (1963) by Roy Lichtenstein. As reproduced in our book Pop Art

“He correctly calculated that to those who continued to subscribe to Abstract Expressionist values such paintings would appear perfectly anathema,” Collins explains, “representational rather than painterly, literally and stylistically objective rather than subjective, cold rather than hot, low rather than high.”

Yet these comic-book canvases were more than simple tracks, and Lichtenstein was no glib appropriation artist. His clear-lined style was in keeping with the hard-edged abstract painting being produced by his contemporaries, such as Ellsworth Kelly and Frank Stella. Collins also points out that many famous Lichtenstein works drew from move venerable sources than the comic-book page.

“Although it is generally assumed that Lichtenstein simply copied his first cartoon sources, he invariably made subtle but significant changes to improve them in accordance with what he himself called his ‘classical taste’.”

The artist added Hokusai-style waves to his Drowning Girl, and ancient Greek proportions to Girl with Ball, which was originally drawn from a US holiday resort advertisement, continuing earlier artistic practices. 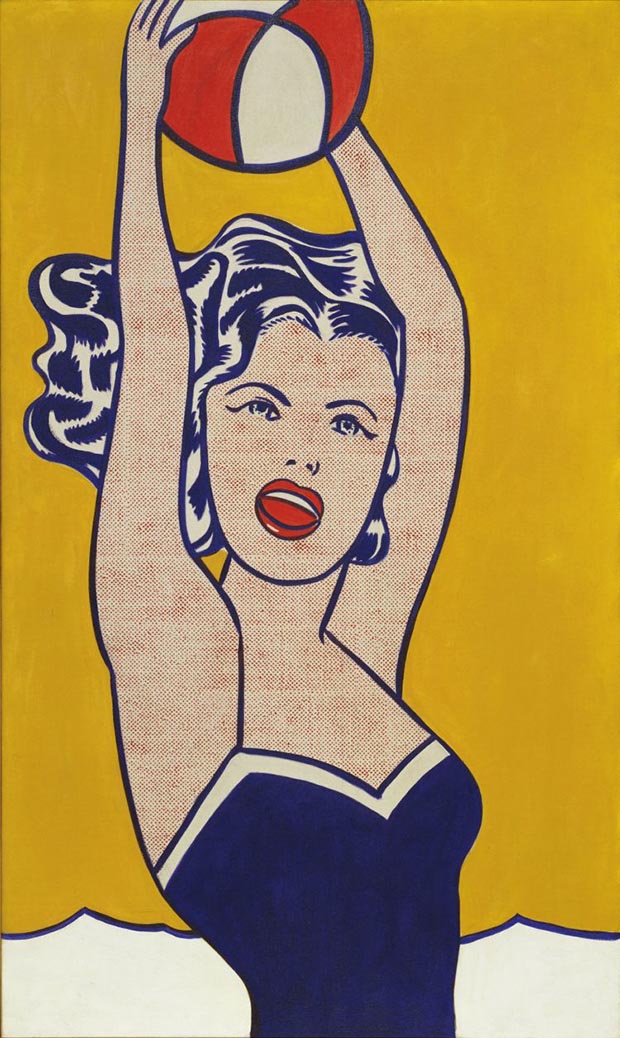 Girl with Ball (1961) by Roy Lichtenstein. As reproduced in our book Pop Art

Moreover, Lichtenstein imbued his comic pictures with some degree of personal experience, albeit at one remove. The artist underwent a protracted divorce during the early 1960s, leading Lichtenstein’s confidant and fellow artist Letty Eisenhauer, to conclude that his comic book works, rather than glorifying mass-market pictorial fiction, expressed his own personal weariness when it came to idealized romantic love and career success.

“By framing his romantic and professional hopes as teenage fantasies Lichtenstein was also laughing at himself for entertaining such ‘adolescent’ hopes.”

The joke then, was not so much on the gallery goers of 1964, but on the wider culture more generally, that mass-produced false images of success and love, even many of those early viewers failed to see the funny side.

For greater insight into Lichtenstein and other Pop artists of this period, get our book Pop Art; meanwhile, for more on the greater sweep of post-war American painting, buy Painting Beyond Pollock.

More on Roy Lichtenstein - "The Worst Artist in the U.S.?"