Warhol, Rauschenberg and Lichtenstein collide with Eames, Sottsass and Castiglioni in new show

If that wasn’t reason enough to visit number 1 Charles Eames Street (yep, that's the address), the main museum is now hosting an exhibition on Pop Art, “widely regarded as the most significant artistic movement since 1945”, according to Vitra’s people.

They are claiming this as the first comprehensive show of the movement, so be prepared for some mouth-watering pieces of art by Andy Warhol, Robert Rauschenberg and Roy Lichtenstein.

The show, Pop Art Design, contrasts these artistic artefacts with exhibits by Charles & Ray Eames, Ettore Sottsass, Achille Castiglioni, as a way of illustrating the movement’s dialogue between design and art. These delights will sit alongside album covers, magazines and contemporary interior photos, bringing the total number of exhibits to 140. 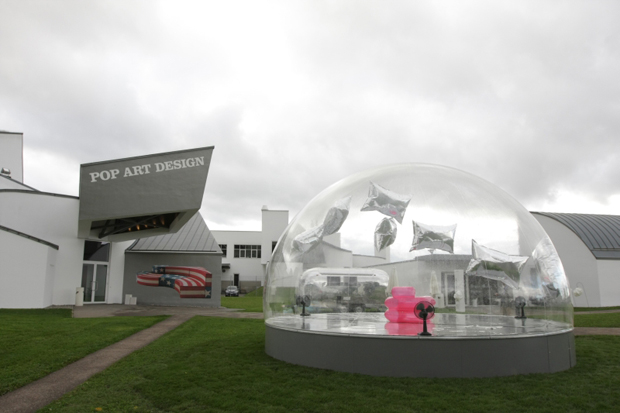 Show highlights include an early screen designed by Warhol, a Target Painting by Jasper Johns, Lichtenstein’s large-scale Yellow Brushstroke, James Rosenquist’s I Love You with My Ford, the sculptural floor lamp Moloch by Gaetano Pesce, and Allen Jones’s Chair.

As the organisers say: “Instead of merely celebrating the zeitgeist of an epoch, the exhibition seeks to take a more detailed look at the Pop phenomenon: at the migration of motifs between art and design, at the relationship between everyday object and image and, not least, at how everyday life first came under the still-dominant influence of pop culture.”

The exhibition is a cooperation with the Louisiana Museum of Art in Humlebaek, Denmark and the Moderna Museet in Stockholm. If you can't make it to 1 Charles Eames Street take a look at our just published book on Pop Art, the latest edition in our (if we say so ourselves) wonderful Art & Ideas series, which alongside The Art Book gives you a perfect art history overview. 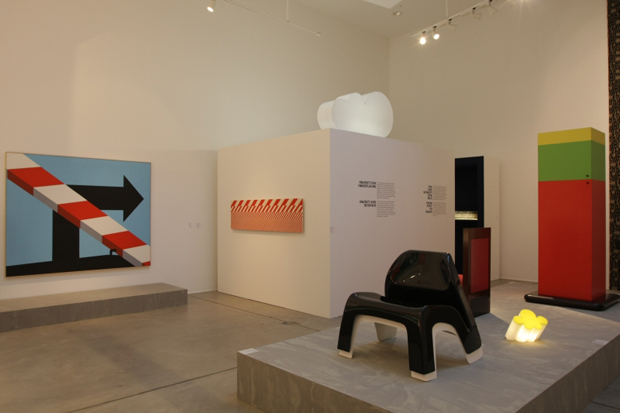