As the artist’s New York show receives rave reviews, the fashion press proves to be a rich source for profiles

It seems odd to find some of the best coverage of an artist like Sterling Ruby in the fashion press. We can thank Raf Simons for this quirk. Simons, Dior’s artistic director, collaborated on a menswear collection with Ruby, who’s better known for his lurid polyurethane sculptures than his pattern-cutting abilities.

Nonetheless, to herald the opening of Ruby’s huge, new well-received exhibition at Hauser and Wirth, Sunrise Sunset, which began a few days ago and runs until 25 July in New York, Style.com has run a great Q&A with the artist, in which Ruby talks through his earlier life – “I grew up primarily in rural Pennsylvania. I went to a pretty straight agriculture school. We had calligraphy and we had drafting—those were the only two art classes” – as well as his attitude towards art fairs such as Frieze – “I don’t actually like seeing art in that scenario because it really is social - extremely social, and it kind of waters down the experience of what it is that you’re standing in front of.” 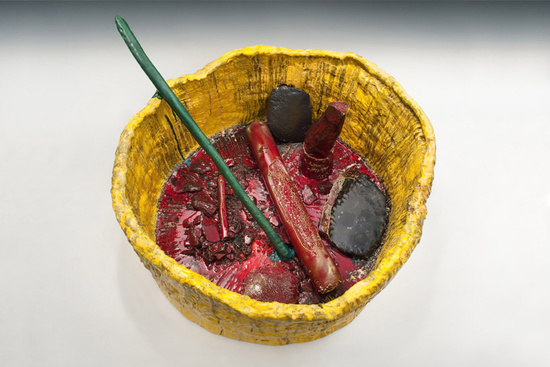 There’s an equally good profile in W magazine. Its writer, Kevin West, talks to the artist’s friends and colleagues about Ruby’s life and work. The Los Angeles painter Alex Israeli praises Ruby’s unusual choice of materials. “I remember thinking the first time I saw one of his ceramic pieces that no one was doing ceramics and yet he made it seem relevant and gorgeous and really fresh,” he tells the magazine.  “And his stalagmites are these strong totemic sculptures that appear malleable and liquid. He’s inventing new forms that are somehow both alien and familiar—that feel like they are tapping into the pulse of our time. Sterling’s work doesn’t look like anyone else’s.” 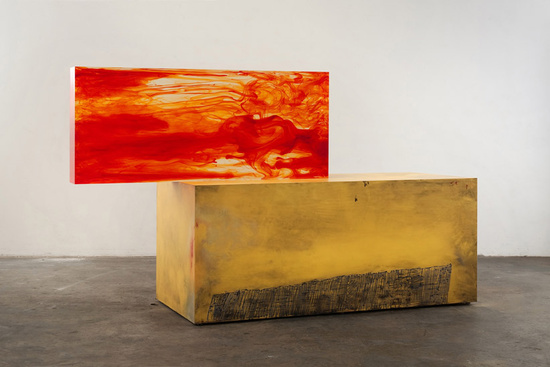 Acts/Some Rise, Some Rest (2014) by Sterling Ruby, from Sunrise Sunset

But it's the review by GalleristNY’s Andrew Russeth who describes the show as “a shocking show of force,” that really piqued our interest, setting Ruby's work, as it does, in a very interesting historical context.

Russeth explains that Ruby has “in effect, staged a museum survey for himself, presenting fresh examples from long-running series alongside new pieces.” He's more impressed by the sculptures than the spray-painted pictures, yet it's the sheer size and scope of the exhibition that he finds truly impressive, delighting in how he “he cannily borrows from greats like Mike Kelley, Bruce Nauman and Robert Rauschenberg,” all Phaidon artists whose work you can find out more about here.

“If art has to be an elaborate, big-budget affair (and really, why shouldn’t it be sometimes?), I’d rather have Mr. Ruby at the helm than just about anyone else his age. His sinister, rococo ruins are defining objects of the present moment,” Russeth concludes. 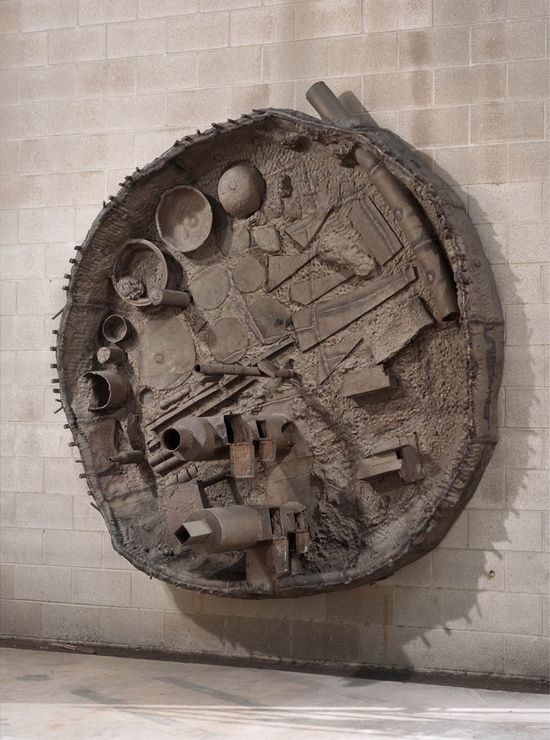 Philip Tinari, director of the Ullens Center for Contemporary Art in Beijing, meanwhile, addresses the problem many critics have with an artist such as Ruby, who show early market success.

“Sterling has such a drive to produce, and he wound up being very commercially viable, very early on,” Tinari explains. “For those of us in the critical establishment, that kind of success usually creates a disinclination to like the work. Artists who are able to build a giant apparatus marginalize themselves by being too successful, unless it becomes part of their shtick, like with Jeff Koons or Damien Hirst. But Sterling is sincere.” 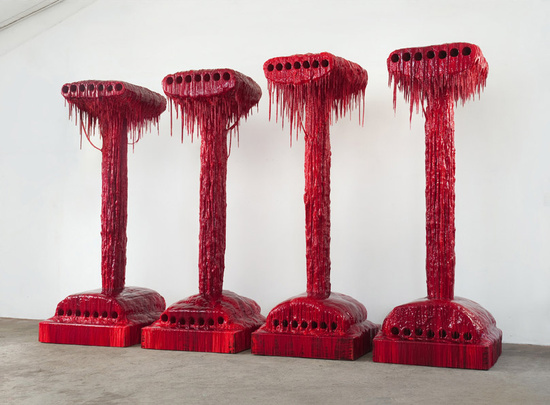 It’s a criticism that the 42-year-old artist himself picks up on in this New York Times Q&A. “ To be kind of blunt, I just think with most curators, there’s this turn-off if there’s a market,” he tells the paper’s Kevin McGarry. “But at this point in time, the market is so prevalent, and it’s not in the artists’ control, even when they think they want it to be. It’s almost like we’re being treated like racehorses, or just a different kind of stock. I think a lot of curators of a certain generation just won’t have anything to do with it. If there is a market, they perceive the artist to be fraudulent in some way.” 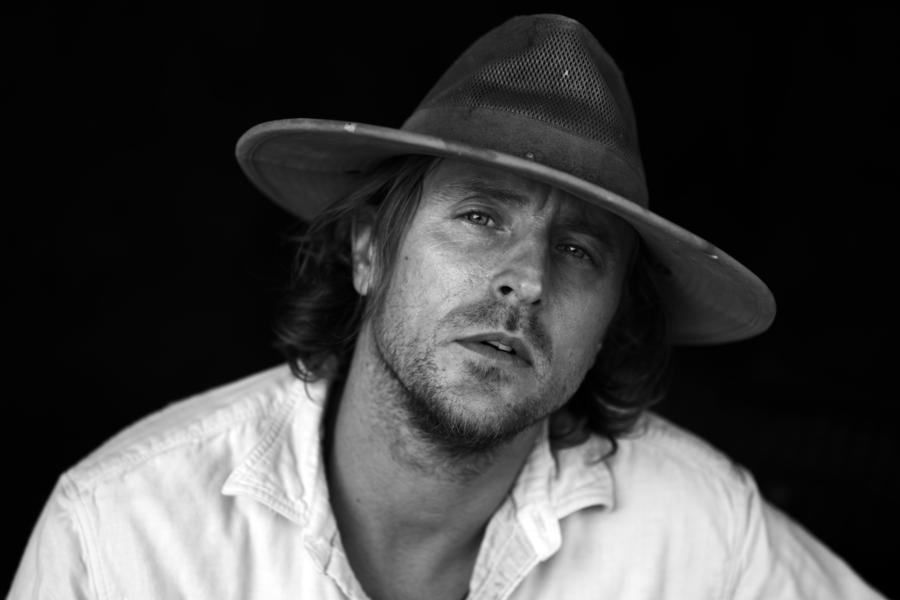 Find out more about the exhibition here. To learn about Ruby’s mentor, consider our Mike Kelley book; for more on his predecessors, take a look at this great new Bruce Nauman title, and our Phaidon Focus edition dedicated to Robert Rauschenberg. You can see some or Ruby’s paintings in our book, Painting Abstraction, and for a richer understanding of his oeuvre consider Defining Contemporary Art.

More on Getting to know Sterling Ruby