We know the Phaidon audience is a well-read and art engaged one but we wonder if anyone out there has ever heard the term funk art?

Well, as  the writer and artist Peter Plagens explains in our new book, Bruce Nauman: The True Artist “according to Peter Selz, director of the University Art Museum at the University of California, Berkeley, in the 1960s, funk art was ‘hot rather than cool, committed rather than disengaged, bizarre rather than formal, sensuous and frequently quite ugly.’”

Basically, this tiny movement was a reaction against abstract expressionism's slick detachment, and gained popularity in California's art scene around the time Bruce Nauman enrolled as graduate art student at University of California in 1966.

While Nauman is not regarded as a funk artist, he was taken with certain aspects of the trend. In particular, he and his tutor, fellow artist William Wiley were inspired by a mysterious junkshop object, the Slant Step (imagine a kind of disfunctional foot stall). Here’s Plagens from the book.

“Wiley originally discovered it in the Mt. Carmel Salvage Shop in Mill Valley, a junk store near his studio. The object resembled a footstool – made with a darkened plywood frame and a continuous piece of what can only be called funky green linoleum seemingly sliding from its top to the floor. But the part one would step on was slanted downwards towards the front, so that if you actually tried to step up on this puzzling piece of furniture, you would probably injure your Achilles tendon.

Nauman was taken by Wiley to see it and, according to one account, talked Wiley into buying it – for less than a dollar."

Nauman showed the slant step around to some artist-friends and the weird little object acquired a "certain mystique" among their circle, according to Plagens. 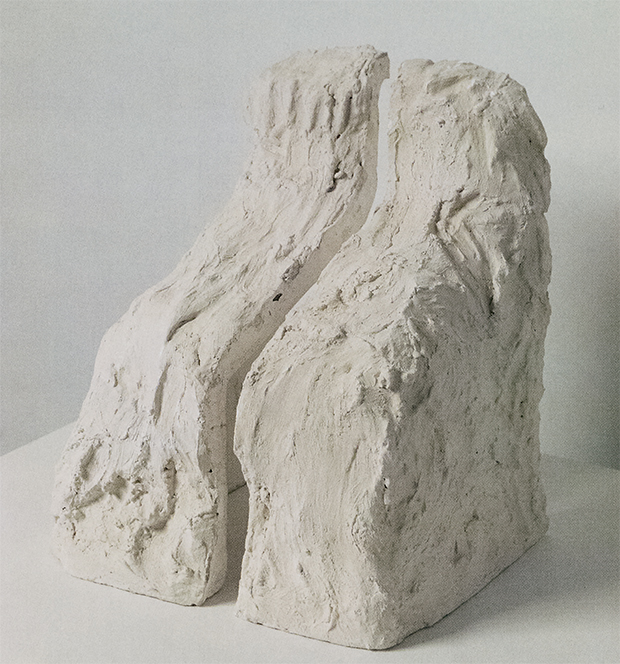 “Meanwhile,” the author continues, “Marion Wintersteen, proprietor of the co-operative Berkeley Gallery in San Francisco, had offered artist’s-model and performance-artist William Witherup an opportunity to do anything he wanted in the space, for two weeks.” Wintersteen, after considering and rejecting other ideas, decided to dedicate the show to Nauman and Wiley’s mysterious new object.

“The result of Witherup’s gathering was a supremely odd art exhibition called ‘The Slant Step Show’, which took place in the Berkeley Gallery in September 1966,” writes Plagens.

“Wiley’s contribution, a metal casting from the slant step, bore the following inscription: ‘This piece is dedicated to all the despised unknown, unloved, people, objects and ideas that just don’t make it and never will, who have so thoughtlessly given their time and talent to become objects of scorn but maintain an innocent ignorance and never realize that you hate them.’

“Nauman’s work, Mold for a Modernized Slant Step (1966) echoed the ironic sentimentality of his teacher. It was a rough-surfaced plaster object, an engorged slant step, split vertically down the middle to reveal a cavity on each side in which, with Mold rejoined at the centre, could be cast a comparatively high-tech, mono-material (plastic, resin, metal) version of the original unlikely artistic talisman."

As befitted the concept of Funk, some of the artists got drunk the night before the show opened, slipped surreptitiously into the gallery, grabbed the homages to the maddeningly morphed footstool from their carefully curated places, and piled them in a corner of the room. When the vernissage crowd showed up for the opening reception, they had to unpile the goods in order to see the individual works of art. 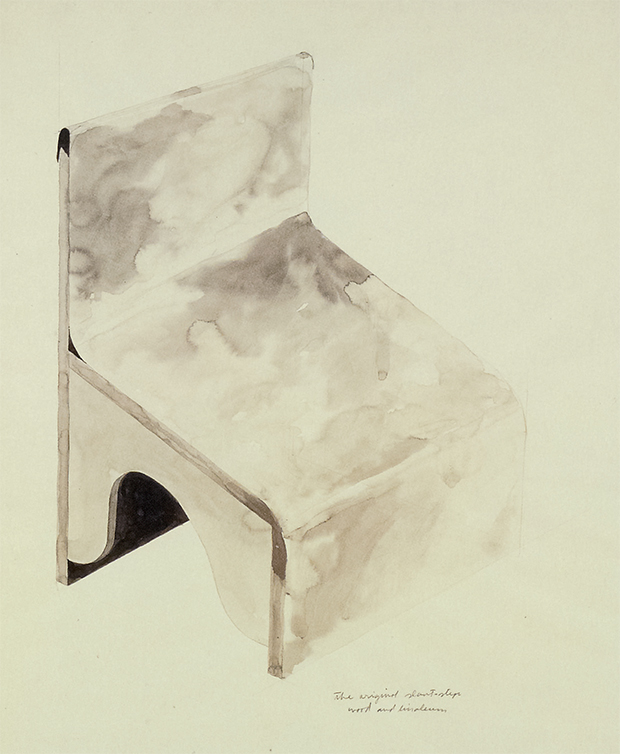 But the Step’s story doesn’t stop there. Nauman also showed works inspired by it in his 1966 solo exhibition, and, as this great LA Times article on the object explains, fellow UC graduate artist Frank Owen worked with the Step throughout his career, and donated the original object to the university’s art collection.

Still, none of this explains what was the mysterious step's original use. Thankfully, Plagens gets close to its original purpose via a 2009 email from Wintersteen, published in the new book. Wintersteen recalls, “Bill Wiley had found this old linoleum-covered footstool thing. Though there was resistance to the idea at first, Wiley prevailed in wanting everyone to make some kind of art object after this footstool, which originally – though we did not know this at the time – was for people to use to put their feet up on when they were having trouble taking a shit!”

For a richer understand of Nauman’s career, work and influences - both scatalogical and non scatalogical - both funky and not so funky, do buy a copy of our book.