He might have been best-known as a painter, yet Picasso expressed himself in an incredible variety of media, from ceramics to plays. Now two sets of linocuts, produced in 1962 when Picasso was aged 80, have been acquired by the British Museum, and demonstrate just how he developed an individual work.

The set includes both finished prints and artist's proofs for Still Life under the Lamp and Jacqueline Reading, both created in France in 1962. What's remarkable about this acquisition is that the series of prints show how the artist built up an image from initial impressions through to a finished work. 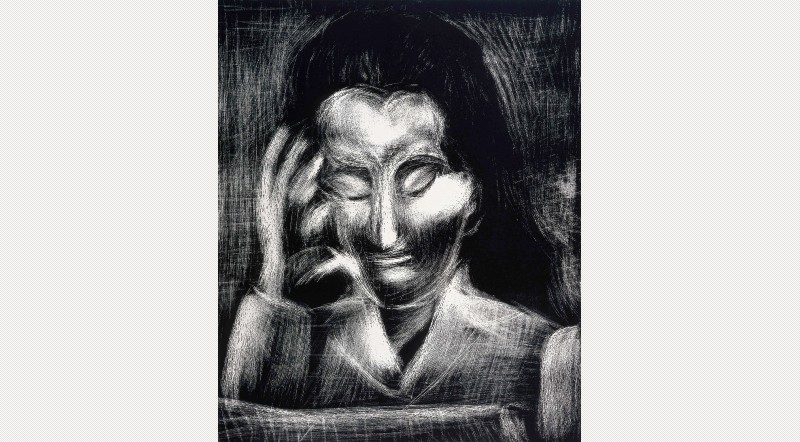 Jacqueline Reading (1962) by Pablo Picasso. Courtesy of the artist's estate.

There are 13 pieces in the entire set. The best-known image, Still Life Under The Lamp, consists of nine colour prints, each showing a subsequent stage in the linocut's progression, as the artist cut, printed and printed again to view the results of his work. Most multi-coloured linocut works are produced using a series of different linoleum blocks, one for each colour. However, Picasso chose to use just one piece of lino, cutting it, printing it, cleaning it off and cutting again to print in a further colour, to build up an image, and leave behind a remarkable series of proofs.

Jacqueline Reading, meanwhile, is a black and white series produced more conventionally, with two separate sets of lino blocks. This depicts the artist's wife and final muse, Jacqueline Rocque. No other collection in the world has either sequence of linocuts in its entirety. Aside from the work's obvious beauty, the set also allows visitors to see how one of the greatest artist of the 20th century created his artworks.

"It is incredibly exciting," British Museum curator Stephen Coppel says. "The two sets of linocut proofs show Picasso's creative process step by step. You really do feel like you're looking over Picasso's shoulders as he is working on these incredible images." 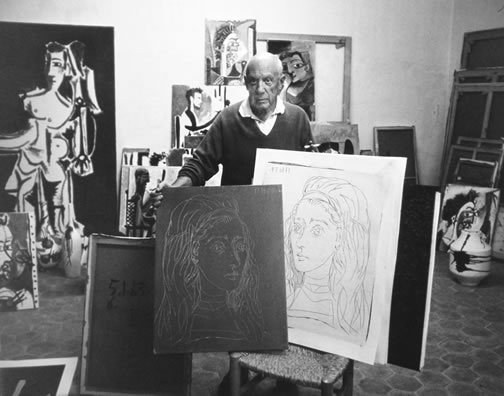 The newly acquired sets, which were bought with the help of the Art Fund, are on display from tomorrow (Friday) in Room 90 at The British Museum, and will remain on show until 6 May 2014. For more on this story check out the Museum's website.

And for greater insight into Picasso's life and work, take a look at our award-winning study of the artist, Picasso: Style and Meaning, and our highly affordable introduction to his art. Buy them both from the people who made them, here.

More on New Picasso linocut series shows how he worked