The divide between decorative and fine arts is a slippery one. Francis Bacon worked for a time as an interior decorator; Picasso produced thousands of ceramic works; while Le Corbusier, perhaps best known as an architect, painted a great deal too. 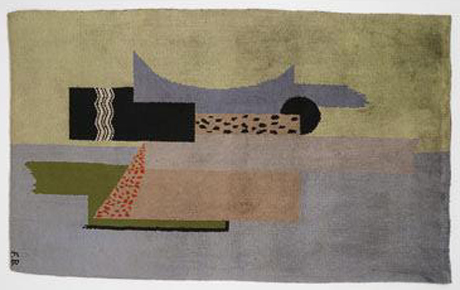 Now a newly opened exhibition in Paris is placing a great selection of carpets in a fine-art setting, by displaying rugs and weavings by Bacon, Le Corbusier and Picasso, as well as later artists, such as Mike Kelley, Ryan Gander and Franz West.

The exhibition at the city's Musée d'Art moderne until 9 February 2014, is entitled Decorum, and is curated by artist Marc Camille Chaimowicz. Its premise rests on the reintroduction of carpet making into the work of modern and contemporary artists.

In its notes for the show the gallery explains that "Until the late 19th century, painters such as Lotto, Holbein and Delacroix restricted themselves to drawing tapestry cartoons or including Oriental carpets in their pictures," However, "over the course of the 20th century, the European avant-garde revolutionised textile art and practice; artists began weaving their own rugs, inspired by works from earlier periods or drawing upon ethnic and geometric motifs." 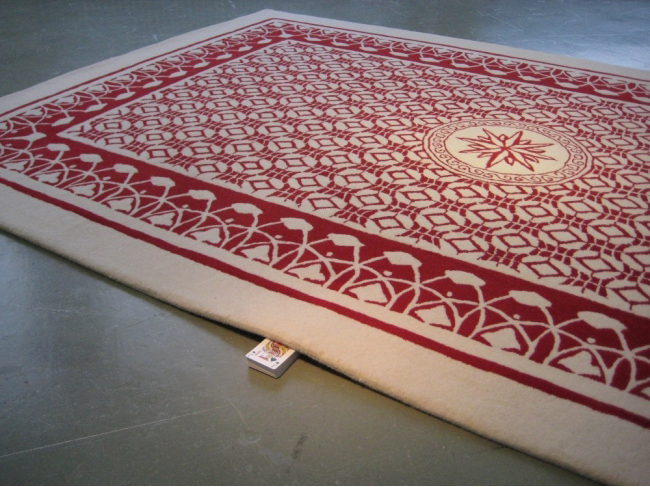 The exhibition also picks up on later feminist movements, which appropriated feminine decorative arts to convey its message, as well as the politicised aspect of the form's dormant foik traditions.

Indeed, carpets, which are mobile, able to carry almost any design, and suited to a variety of settings, are a remarkably versatile form. Small wonder Le Corbusier described his as 'muralnomad.'

Find out more about exhibition here. For more on the history of tapestries, consider our great overview, and for more on the artists featured in this story, consider our books on and by Franz West, Mike Kelley, Pablo Picasso, Francis Bacon, and Le Corbusier.

More on How Picasso and co. weaved carpets into their work