The 1928 work, acquired for the forthcoming Louvre Abu Dhabi, will go on display in Al Saadiyat on April 22

The Louvre Abu Dhabi - designed by Jean Nouvel, and due to open in 2015 - styles itself as a "universal museum", unbounded by civilizations or continental trends. Its founders claim that both the forthcoming institution and "the wider Saadiyat Cultural District will be a place where diverse and far-flung parts of the world can meet to exchange ideas and culture." Some believe that this curatorial approach sets out to undermine the Western prominence in modern and contemporary art.

So, perhaps Eurocentric art lovers will be relieved to learn that a previously unseen portrait by Pablo Picasso, called Portrait of a Lady, has been acquired by the museum, and will go on display at the Birth of a Museum exhibition starting on 22 April at Al Saadiyat visitor centre on Saadiyat Island.

The work, a gouache, ink, and collage depiction on paper, dates from 1928, and is, according to Picasso confidant, writer and biographer John Richardson, a portrait of the Russian aristocrat and socialite Princess Natalia Pavlovna Paley (1905 - 1981).

While little more has been revealed about the picture and its provenance, the lengths that the Louvre Abu Dhabi must have gone to acquire an unseen work by perhaps the greatest artist of the 20th century, are quite clear.

Once it's opened, the Picasso portrait will be shown in the new Louvre alongside ancient middle-eastern jewellery and Cy Twombly canvases. To learn more about the piece, read this article from The National. To find out more about the artist's life and work, consider our brilliant Picasso books in the online store. 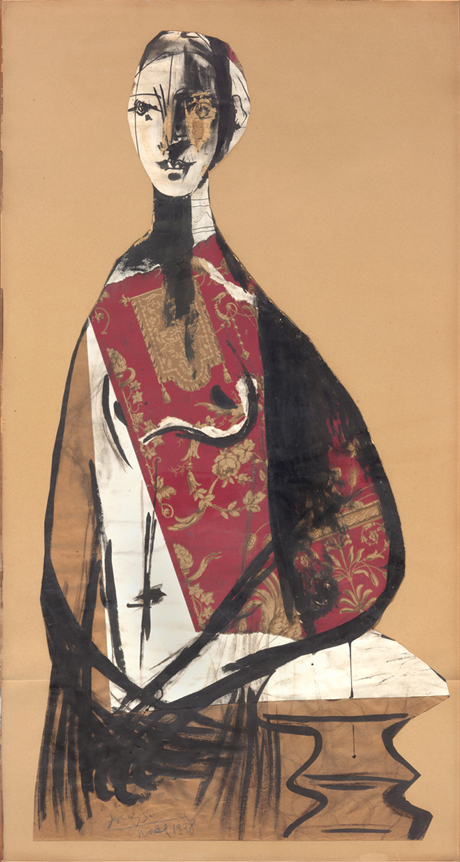 More on Unseen Picasso on show in Abu Dhabi next month