Ezra Stoller captured mid-century modern architecture with such beauty and fidelity; photographing post-war, progressive American buildings in such a way as to catch both the handsome built forms and the hopeful spirit of the age.

However, as author Pierluigi Serraino notes in his new book Ezra Stoller: A Photographic History of Modern American Architecture, Stoller’s visionary image-making practices actually began a little earlier, on the eve of the war, when he shot the Finnish Pavilion by Alvar Aalto at the 1939 World’s Fair in New York.

At that time, Aalto was a pioneer of Scandinavian Modernism, and Stoller an early American admirer and friend. “Stoller met Aalto in the spring of 1938, when the Finnish architect was in New York for the opening of his show Alvar Aalto: Architecture and Furniture at the Museum of Modern Art,” writes Serraino. “Stoller attended a lecture given by Aalto to faculty at New York University, who, it seemed to Stoller, were unresponsive to his work. Ezra and Helen Stoller ended up inviting Aalto back to their apartment, and thus began a longstanding relationship that continued throughout Stoller’s career—albeit intermittently, due to the geographical distance.”

When Stoller came to photograph Aalto’s pavilion, for the American picture agency Underwood & Underwood, he treated the building with a high level of care and reverence, enlisting his wife, Helen and his teenaged brother, Claude, as assistants, and setting in place the careful working practices that would serve him so well in numerous subsequent commissions.

“His process was extremely methodical—an approach he developed early in his career, in the pre-war years, and would stay true to throughout his life,” writes Serraino. “Claude believes that Ezra was most likely on-site the day before the shoot, because he appeared to be certain about the camera position and the sequence of frames he was going to produce. As Ezra was starting out, setting up the camera and the composition could take him up to two hours per frame, partly because he used an 8-by-10- inch large-format camera and partly because he was still learning the technique.

“The completion of an assignment was a protracted affair,” Serraino goes on. “For the World’s Fair assignment, Claude, who was seventeen at the time and had just finished high school, helped to carry the equipment and change the bulbs for the interior lighting.” 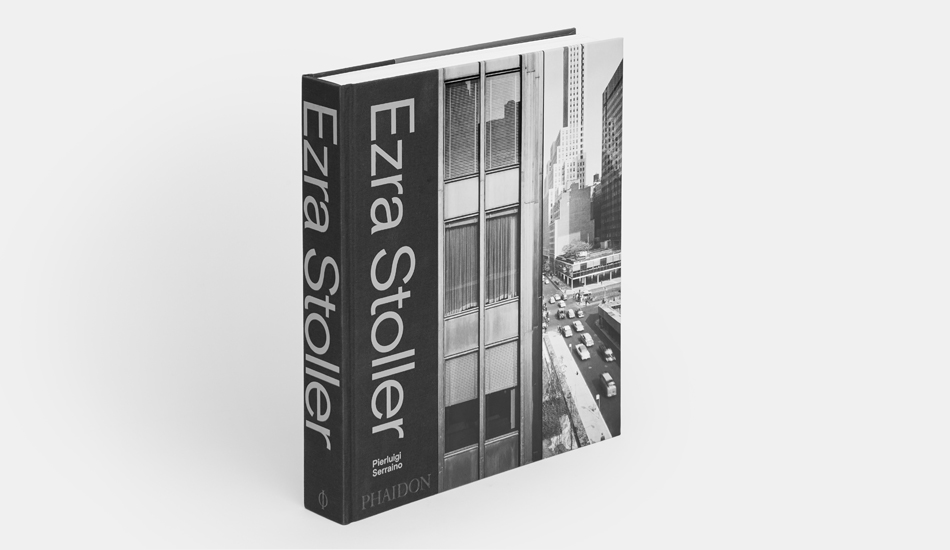 This approach paid off; Stoller’s shot, in Serraino’s opinion, clearly impressed the pavilion’s creator. “Aalto was not present during that photo shoot, but the result must have pleased the Finnish master,” reasons the author, “since he included a cropped version of the overall pavilion interior in his own three-volume complete works, and it has appeared in innumerable other publications featuring his designs.”

The 80-year-old image also takes pride of place in the pages of our new book Ezra Stoller: A Photographic History of Modern American Architecture.

This new book is a captivating history of 20th-century Modern American architecture, as seen through the eyes of a legendary photographer. It is impossible to overstate the importance of photography's role in shaping the world's perception of architecture. And towering above the ever-growing crowd of image-makers is Ezra Stoller, an architectural photographer of immeasurable consequence in documenting the history of modern architecture - both known and unknown - in the United States and beyond. This book is one of the first to present the breadth of Stoller's largely unseen archive of images, brought to life through exquisite colour and duotone black-and-white reproductions.