From sci-fi to horror, indie drama to LA caper, movie makers love a Brutalist backdrop, as our new Atlas notes

The popularity of Brutalism has risen and fallen since its creation in the middle of the 20th century, yet the buildings have always proven popular with one particular creative constitutent: movie makers. From Get Carter to Jean Luc Godard’s Alphaville, we can all picture a classic film that features a lovely bit of Brutalism. Here are a few highlights from our new Atlas of Brutalist Architecture.

Lecture Centre, Brunel University, London, UK, 1968, by Richard Sheppard (top) Many of us know the American film director Stanley Kubrick used British Brutalist settings such as the Thamesmead estate for his 1971 dystopian sci-fi film, A Clockwork Orange. However, this less-familiar academic setting was also repurposed for the film’s harsher ‘re-education’ passages, as the Atlas notes: “the centre gave Kubrick an eerie setting for correctional scenes in a government hospital for the notorious 1971 film.” 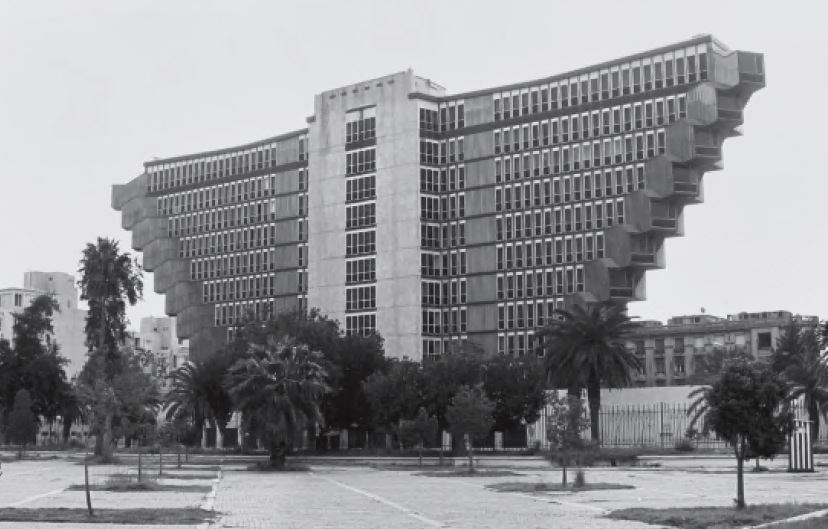 Hôtel du Lac, Tunis, Tunisia, 1973, by Raffaele Contigiani This huge, landmark building was a popular subject for postcard photographers, and, although it doesn’t feature in any major movies, the authors of our Atlas believe its shape – an upturned ziggurat, formed by adding one extra room on either side at each ascending floor – may have influenced the design of one of the region’s most famous film shoots. “George Lucas filmed parts of Star Wars in Tunisia,” says the Atlas, “using the desert location Onk Jmel to portray the planet of Tatooine. The Sandcrawler, a massive Tatooine mobile fortress, bears a striking resemblance to the extraordinary Hôtel du Lac.” 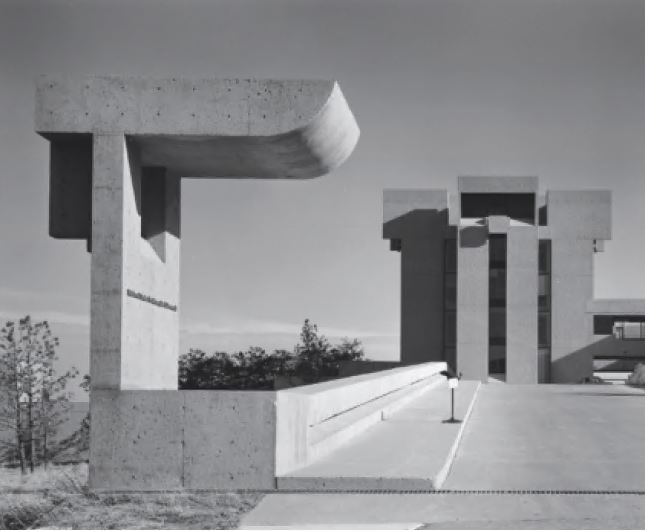 Mesa Laboratory, National Center for Atmospheric Research, Boulder, Colorado, USA, 1966, by IM Pei & Partners While some buildings are only good for one or two scenes, others can play a much more significant supporting role, as was the case with this fun, futuristic research facility, created by IM Pei and Partners. “Its five-storey towers create a small town-like urban complex that blends into the background of the Flatiron hills of the Table Mesa,” says the Atlas. “The city of Boulder was a dynamic architectural centre during the 1960s and the Mesa Laboratory played a lead role in Woody Allen’s sci-fi comedy film Sleeper (1973), alongside other significant buildings in the area.” 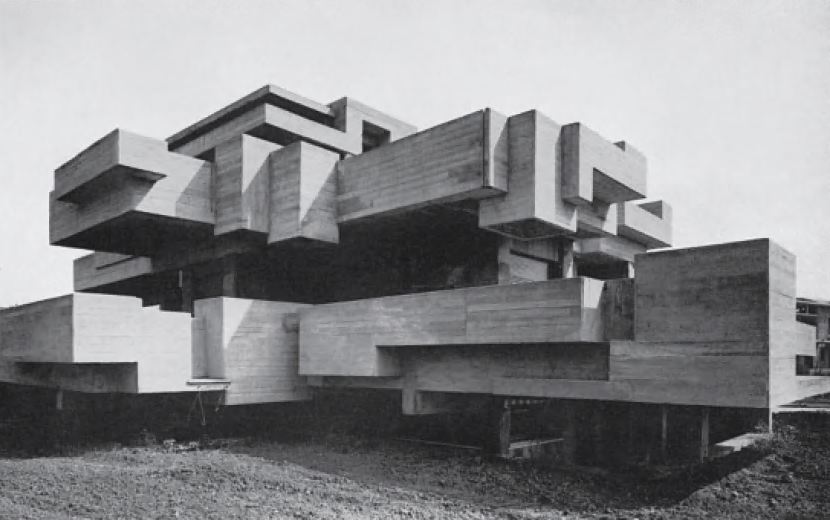 Villa Ronconi, Rome, Italy, 1973, by Saverio Busiri Vici Italy’s brutal giallo horror films (murder mysteries with a bit of slasher for added effect) found their match in this Brutalist Rome residence. “The tiered surfaces created from bold cantilevered planes and deep recesses produce dramatic patterns of shadow and light,” says our Atlas. “Its striking appearance has led to it starring as a location for several films, including the Italian horror, Tenebrae. 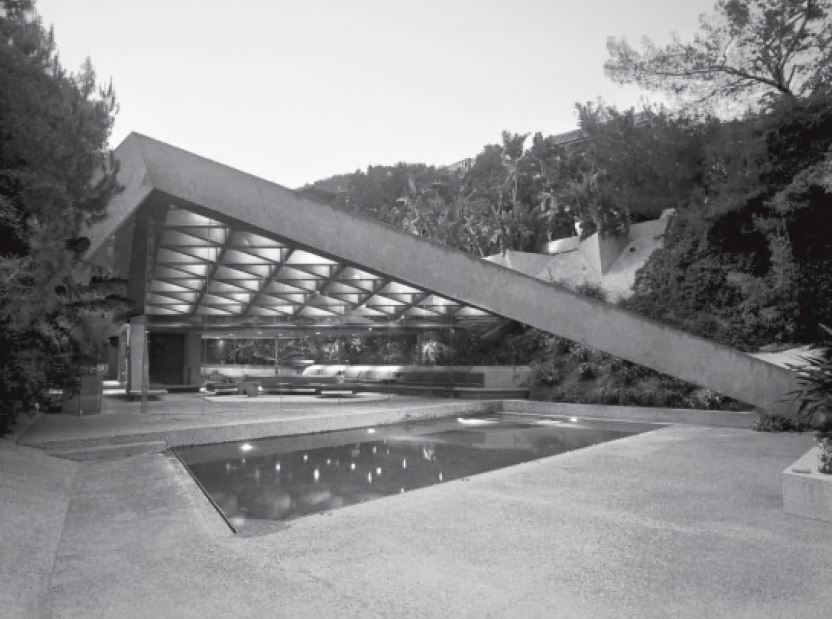 Sheats Goldstein House, Los Angeles, California, 1963, by John Lautner This home, in the Hollywood Hills, is so striking, it would have been hard to keep it out of the movies. “The floor plan shape is composed of two overlapping triangles: one contains the cellular bedrooms; the other houses the open-plan living spaces,” explains our Atlas. “Inside, the triangular grid of its in situ coffered concrete ceiling rises over the living space, to cantilever over the steep, wooded slope beyond.” The house has featured in many films, perhaps most notably, The Big Lebowski, in which it served as the home of the pornographer Jackie Treehorn. 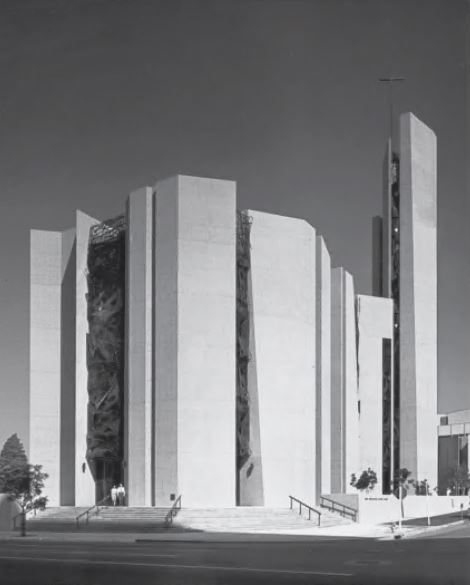 St Basil’s Catholic Church, Los Angeles, USA, 1969, by AC Martin & Associates Not every Brutalist building on film serves to underpin a mood of sci-fi scariness or mid-century sleaze. The great American director Terrence Malick appears to have featured this beautiful, ecclesiastical building in his 2015 film, Knight of Cups, purely thanks to its simple, sparse, loveliness. “Largely devoid of embellishments, the church’s few decorative details include gates of a splintered metal assemblage for the vestibule,” explains our Atlas, “and a suspended ceiling of narrow timber lathes patterned as hyperbolic parabola.” 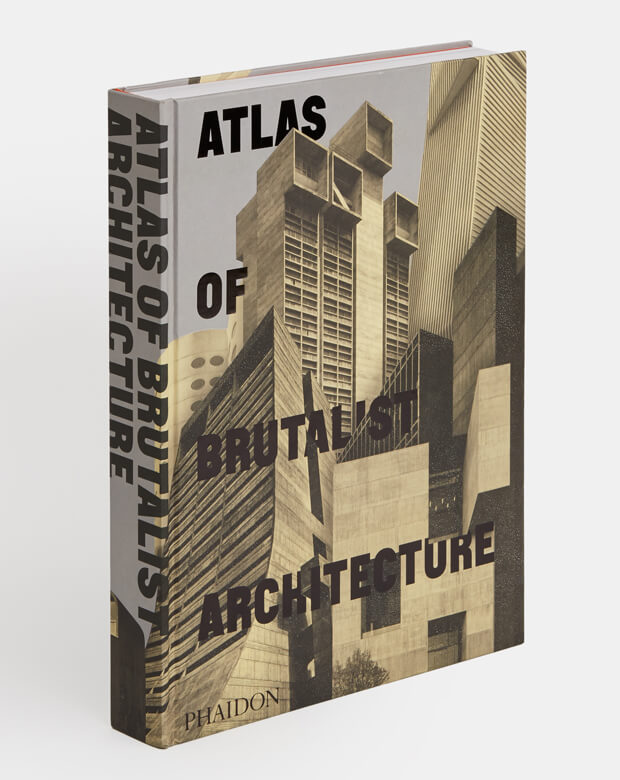 More on Do you recognise these Brutalist buildings from the big screen? 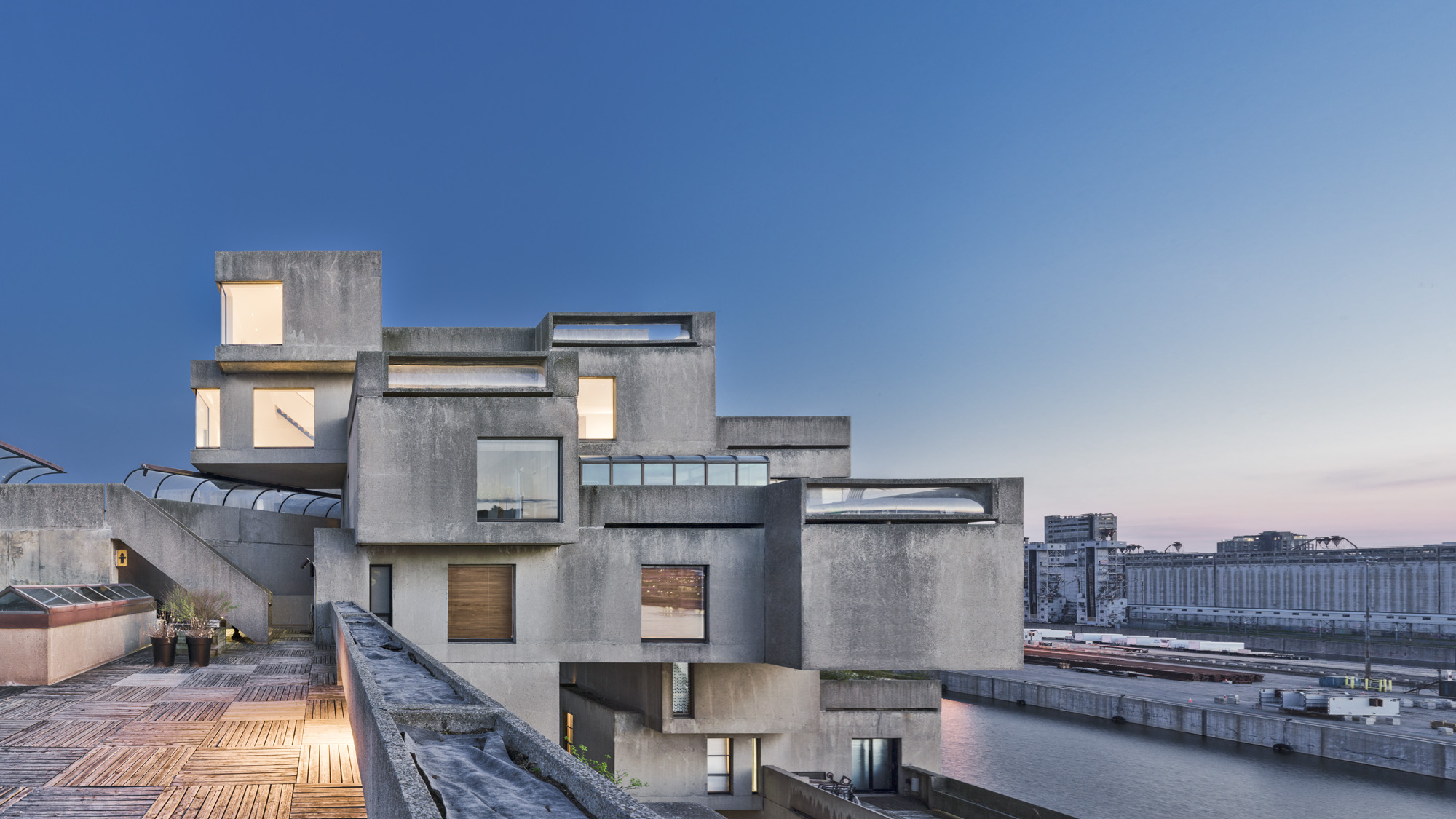 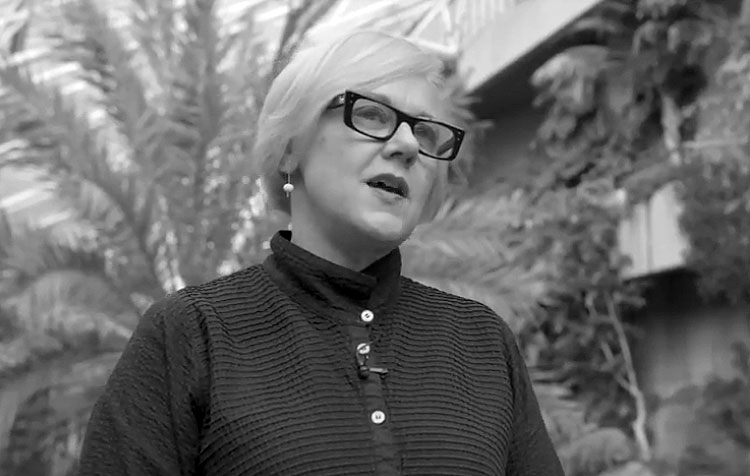 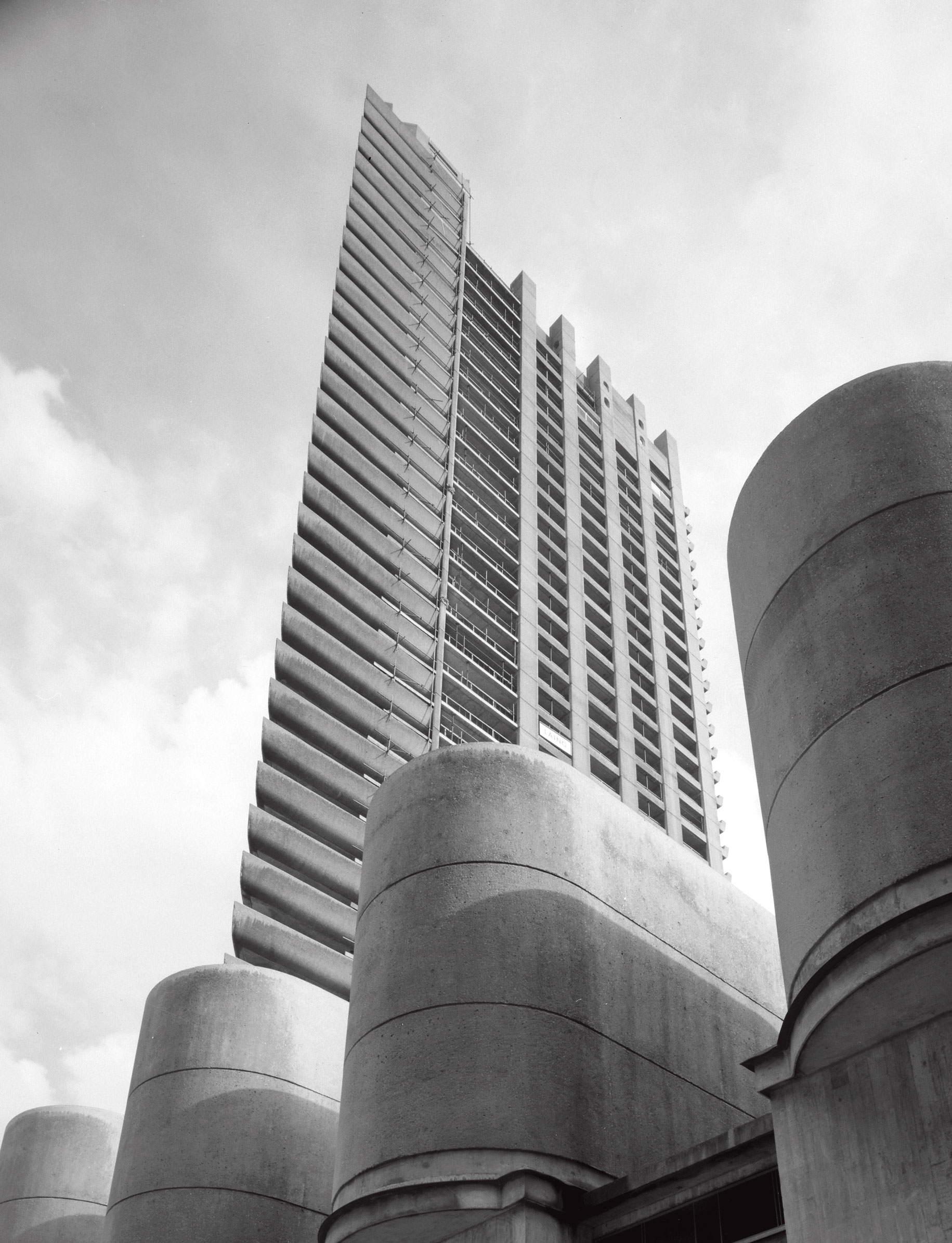 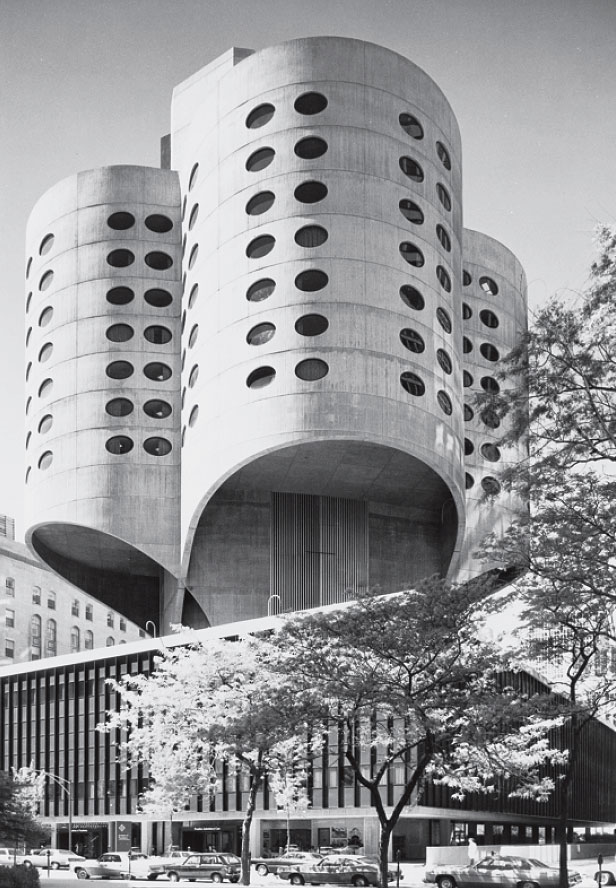 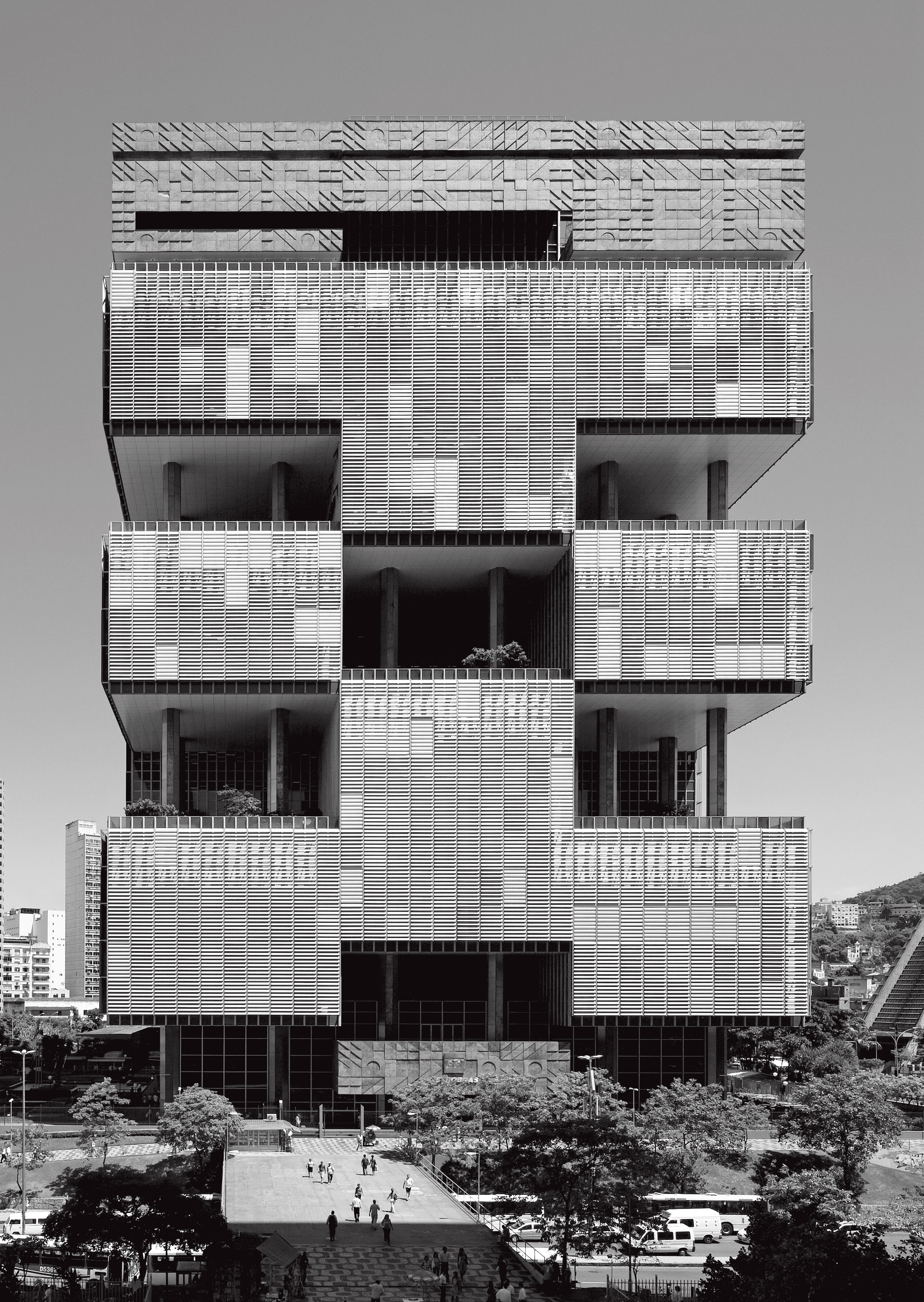 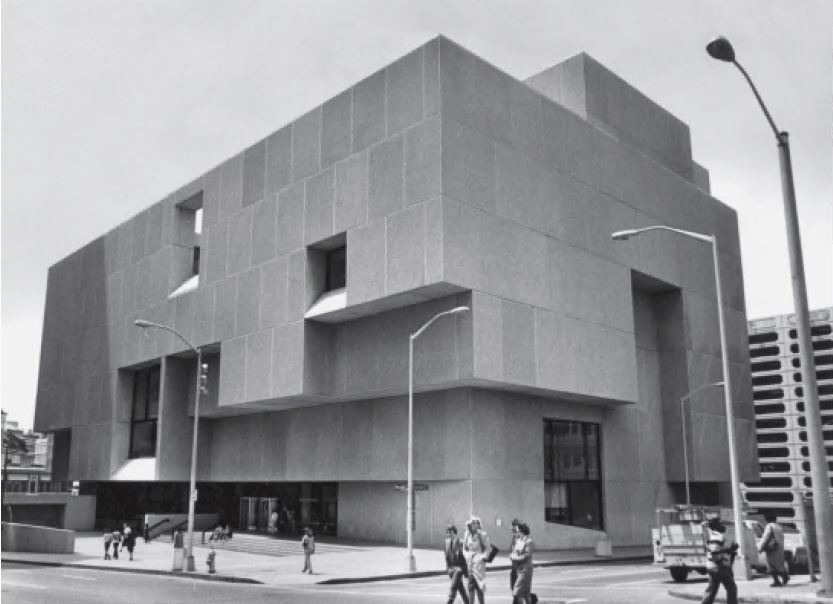 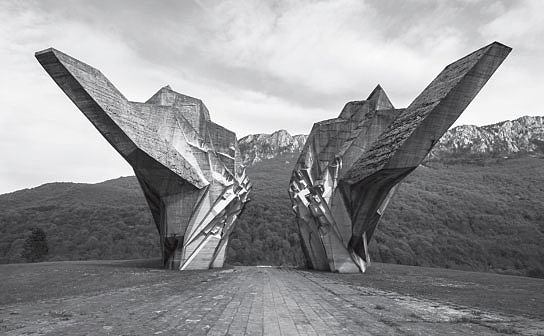 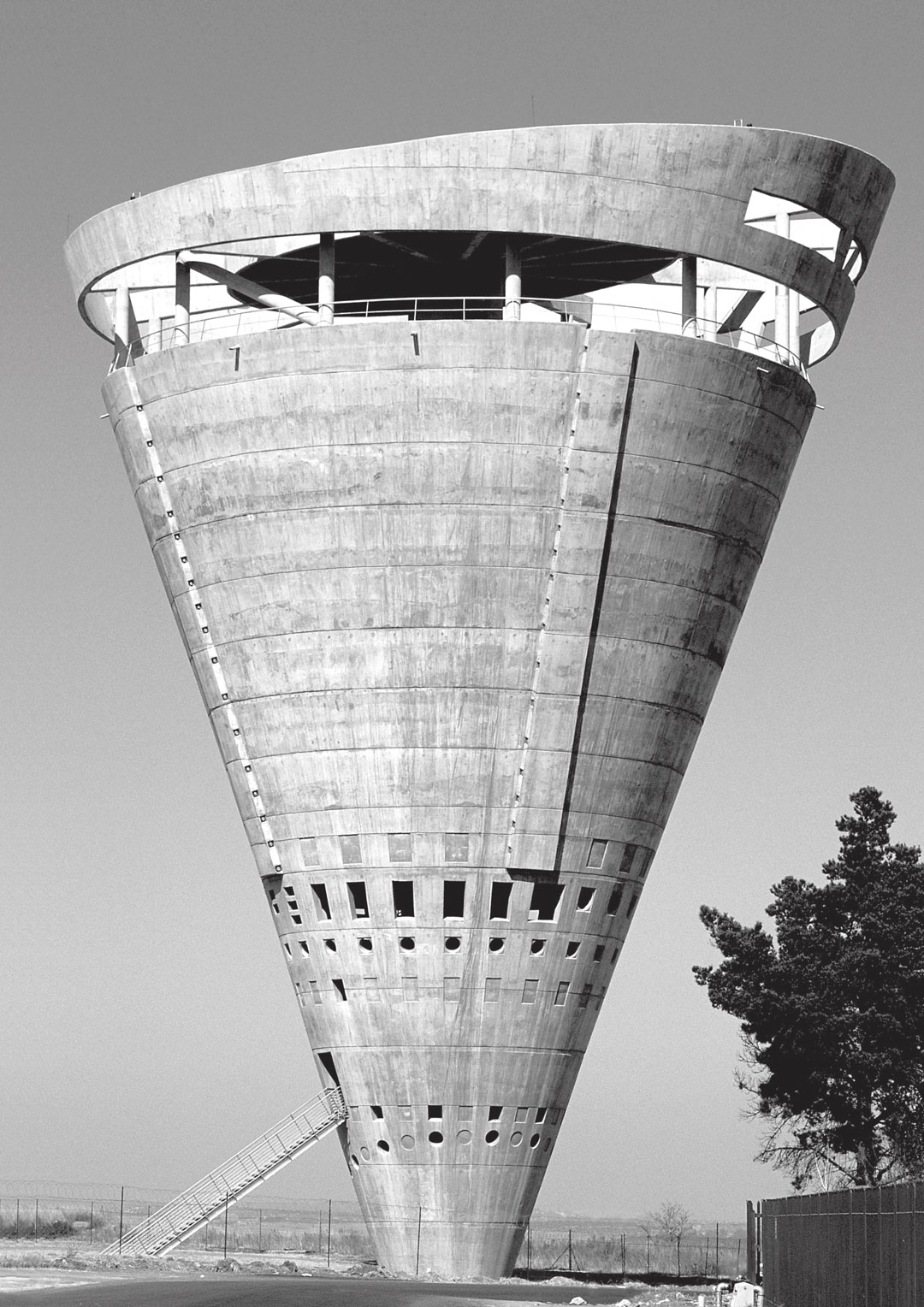 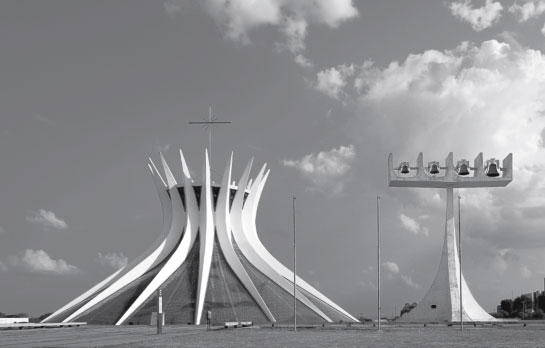 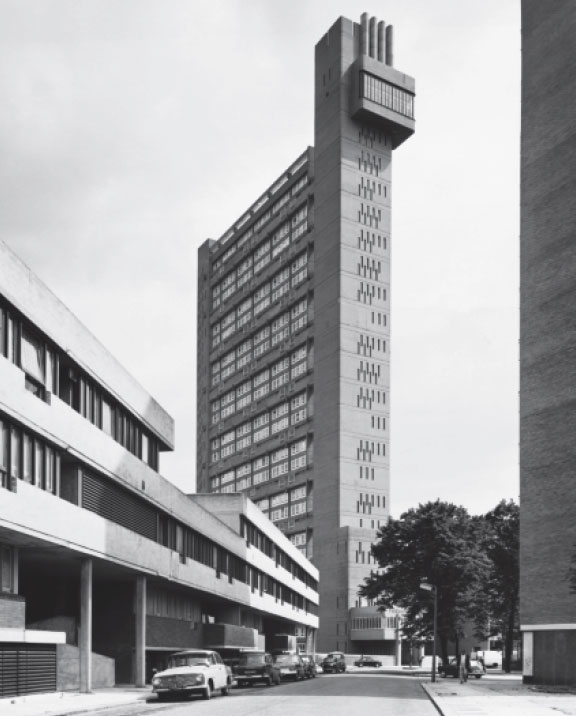 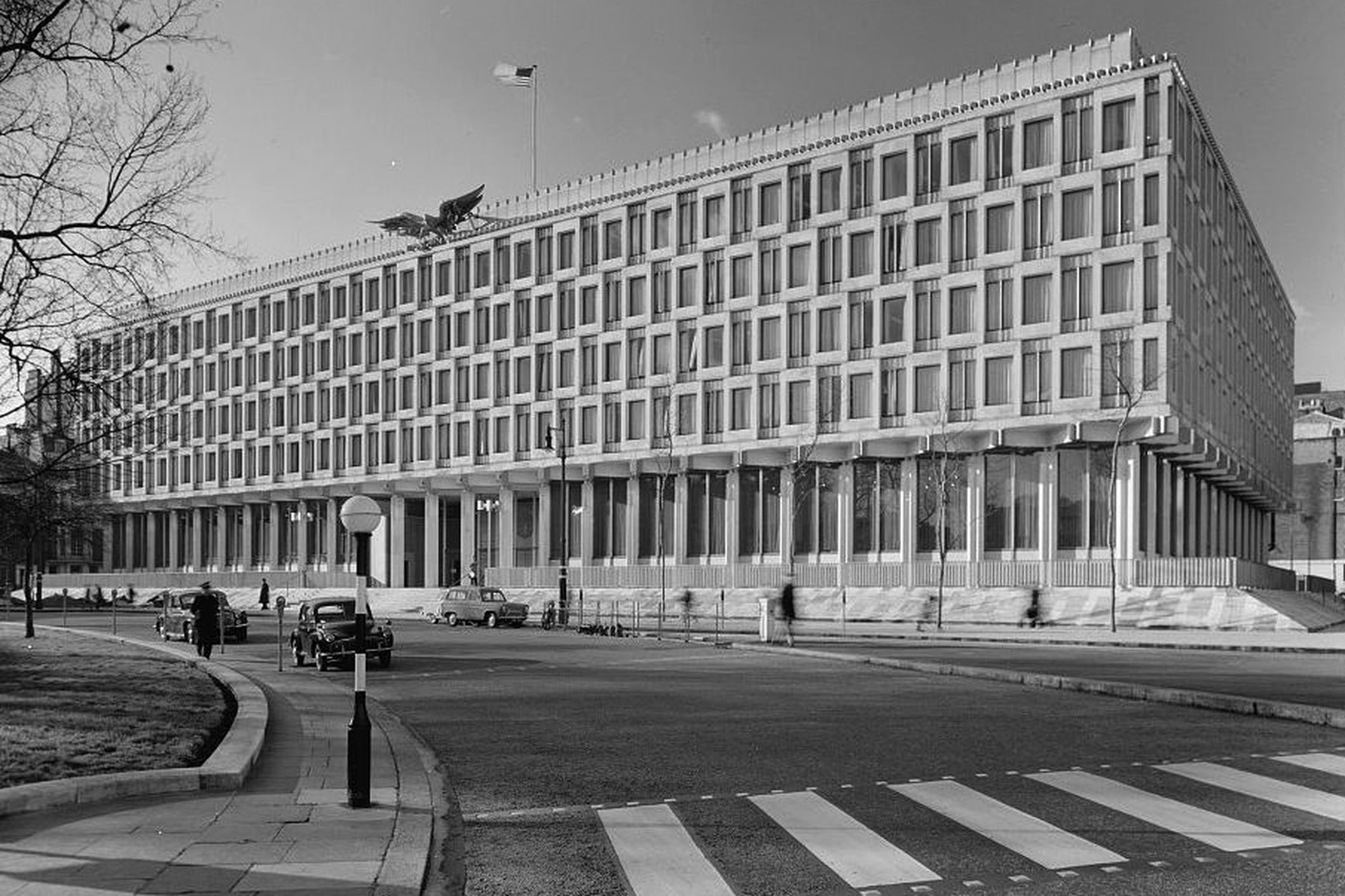 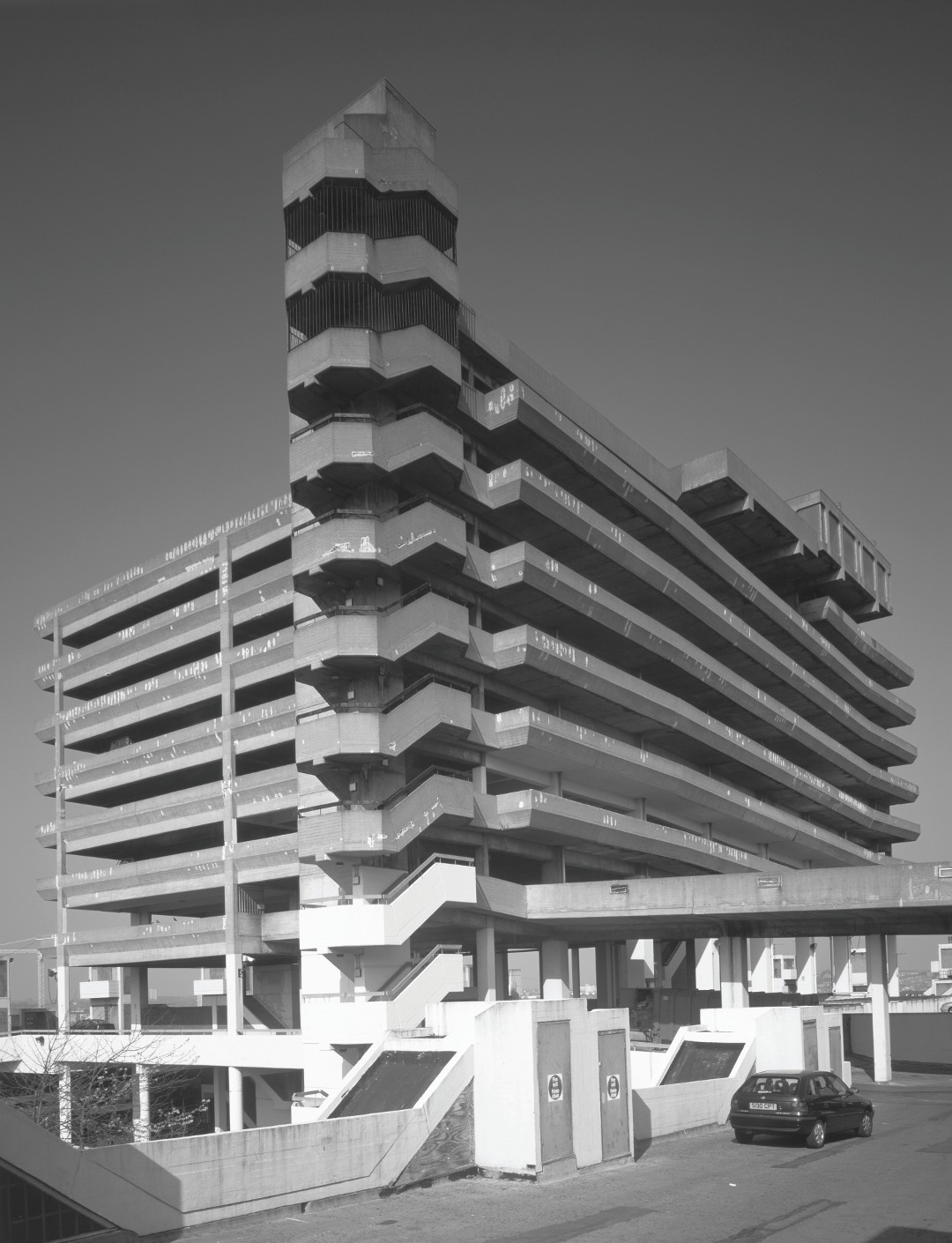 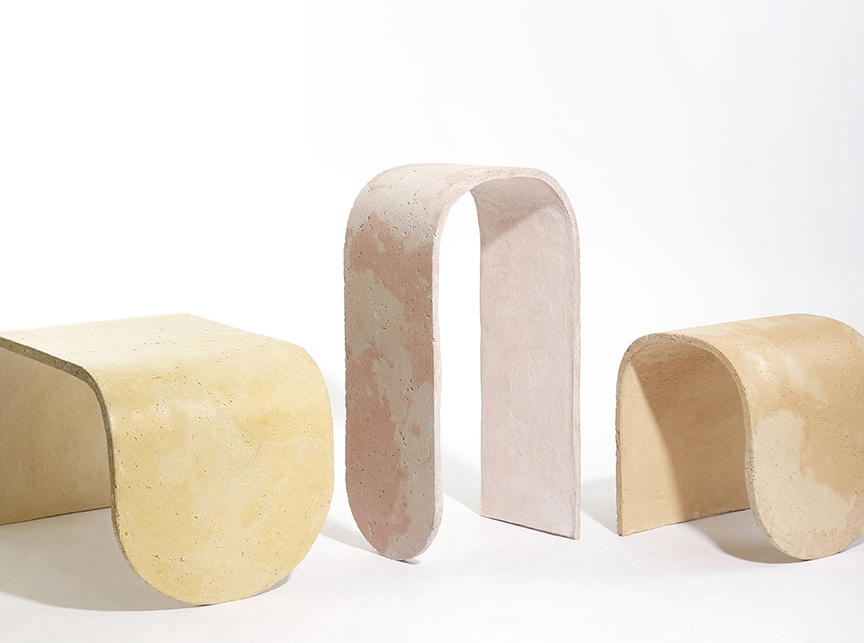 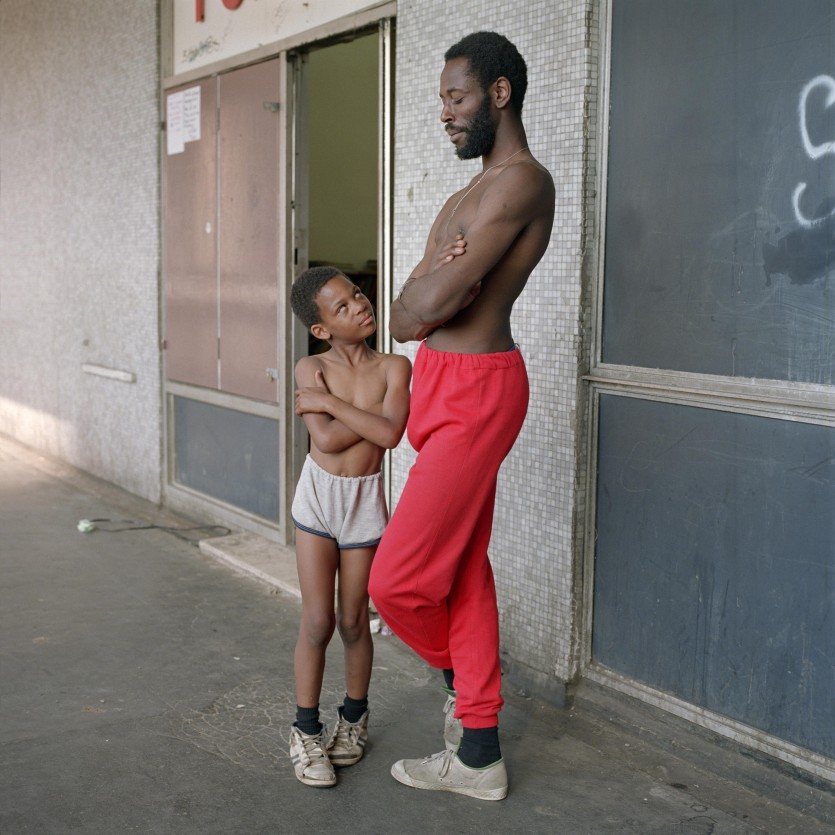 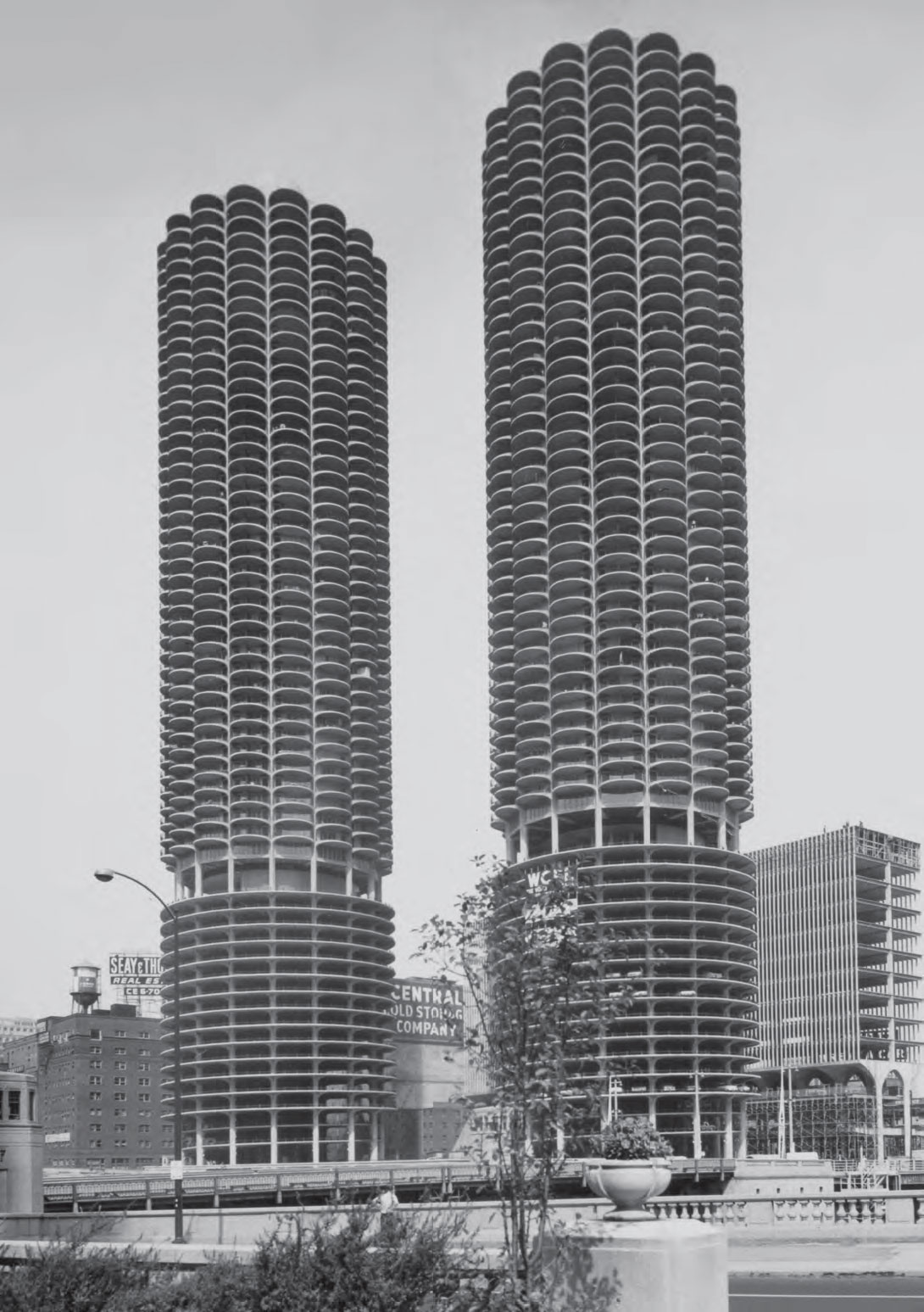 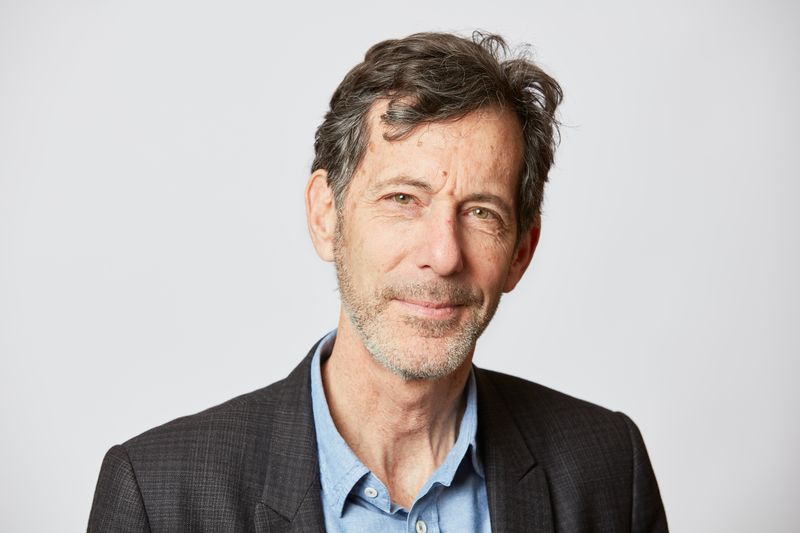 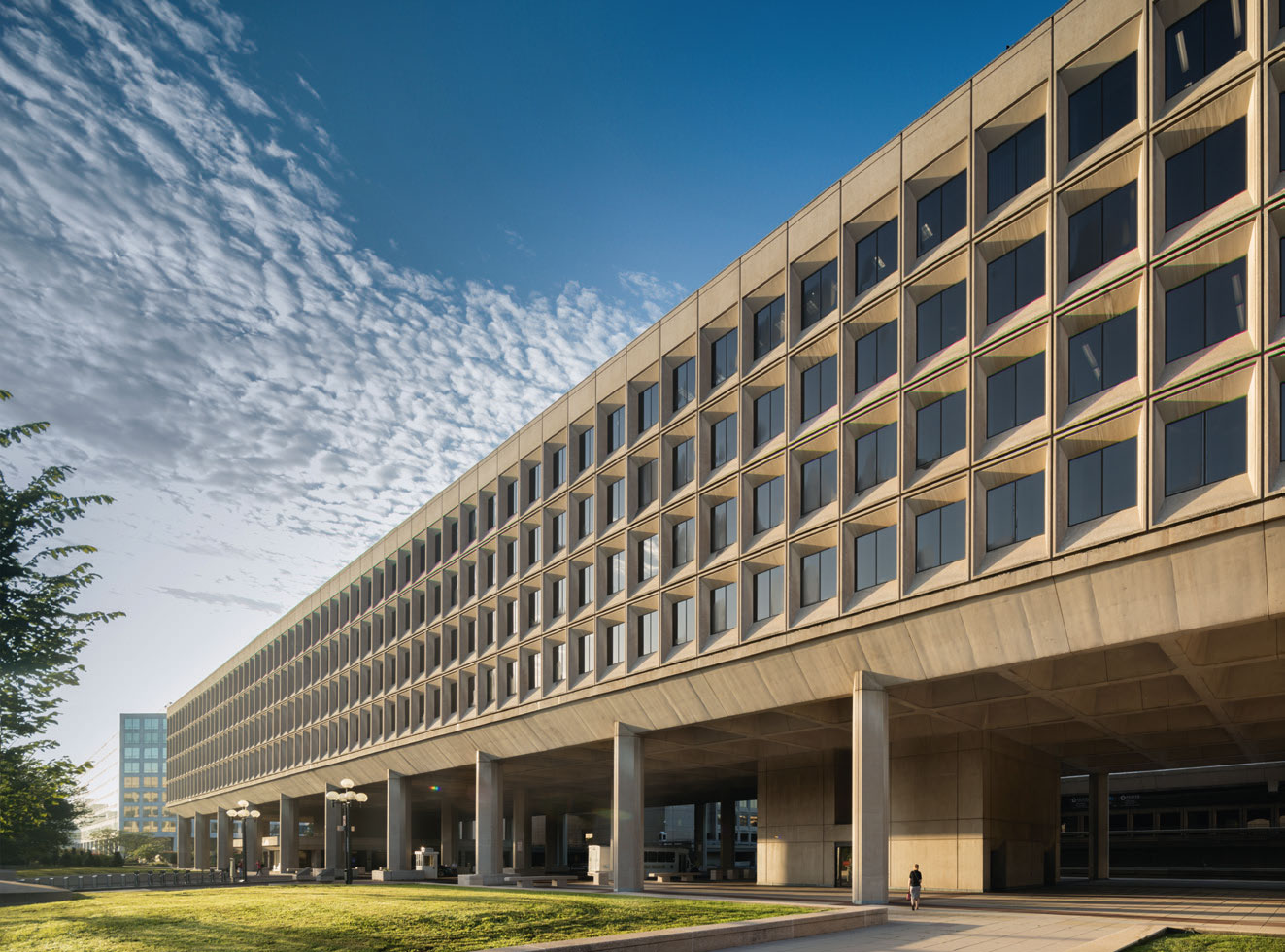 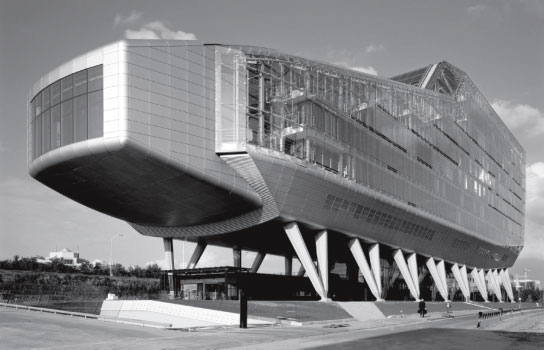 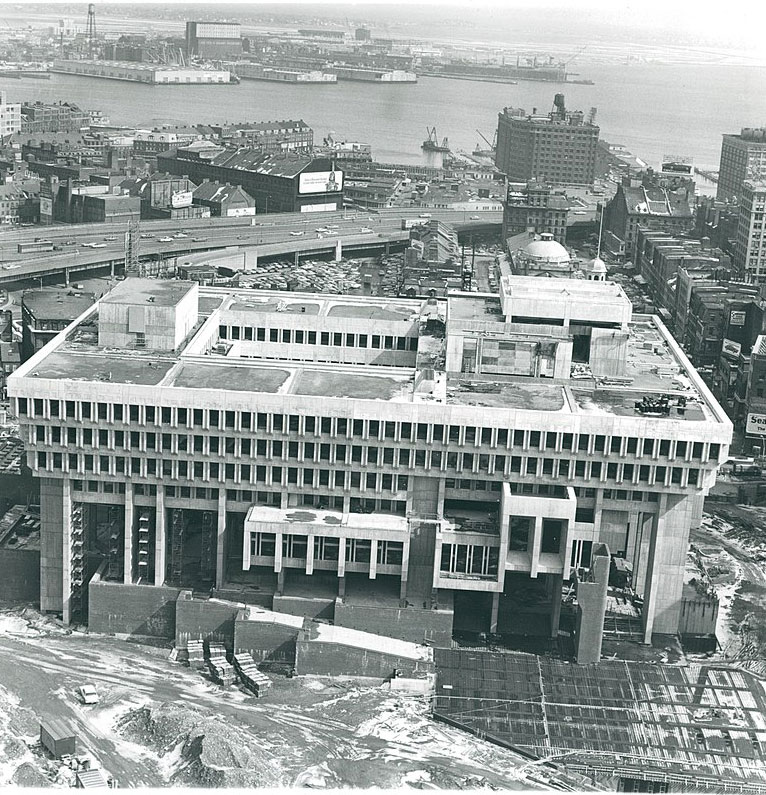