Elemental Living - Down Under

Resembling an ancient settlement and built using rammed earth and local crushed rock, Earth House comprises a series of living and sleeping spaces, all connected by a corridor the architect calls the 'disappearing street'

When designing homes away from the urban hubbub, the best architects have always sought to create dwellings that are respectful towards their natural environment rather than leaving their mark on it in imposing or incongruous ways. Elemental Living Contemporary Houses In Nature showcases leading examples of  three types of homes - those built to look at nature; those built within nature; those built with nature. 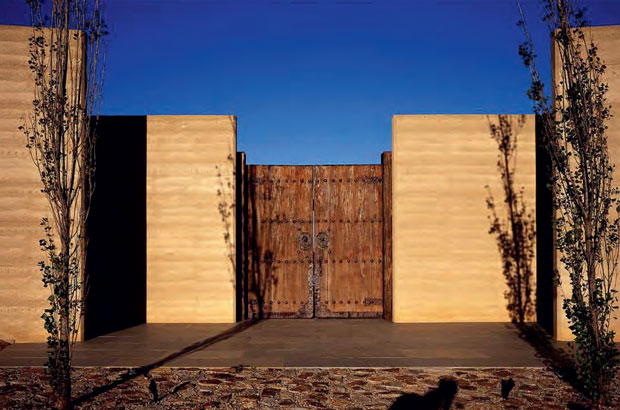 The third category harks back to mankind’s very first dwelling places, which were of necessity, directly born from the earth on which they stood. Today, with sensitivities towards environmental damage much heightened, great care needs to be taken not to take from the landscape in a way that will cause permanent damage if the house sits poorly on it. Courage and imagination are therefore required from architects in the delicate task of designing such dwellings, to ensure that they do not blight the surroundings from which they extract. 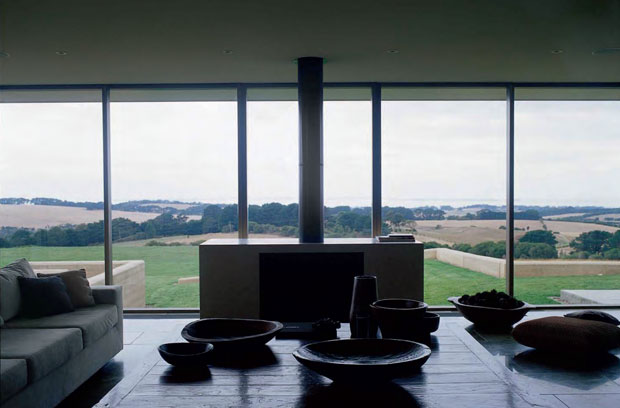 Earth House, built by Jolson Architects in 2003 in Victoria, Australia, sits amid an extensive coastal property. Seen from above, it could be mistaken for some ancient settlement. Built using rammed earth and local Dromana crushed rock, it rises organically from the earth as if it is of the earth. This natural effect of course, is the result of meticulous planning. Sitting on a gently undulating landscape, it comprises a series of individual modules containing living and sleeping spaces, all connected by a long corridor which the architects call the “disappearing street”. At the centre of the compound is a large open courtyard, protected from the winds. Here can be found a self-contained living space and a panoramic viewing deck, from one which one can look on at the surrounding rural environment, at peace with it in every sense. 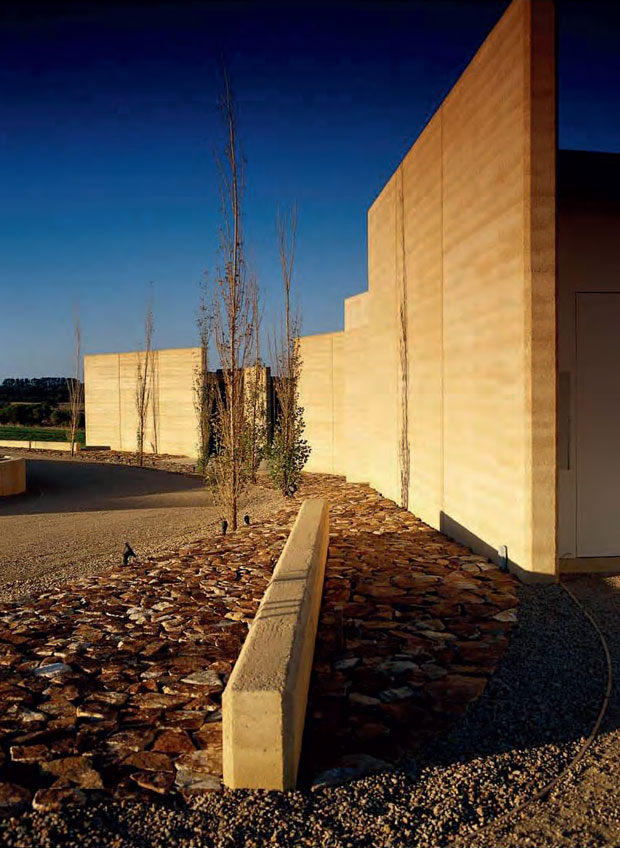 Every page of Elemental Living Contemporary Houses In Nature is a pleasure, every home it depicts a dream home, daringly conceived yet also ingeniously discreet. These are visual and mental retreats, spaces in which the reader can take imaginary repose. 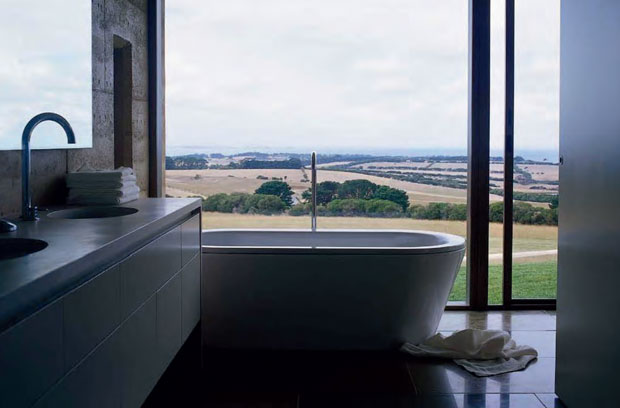 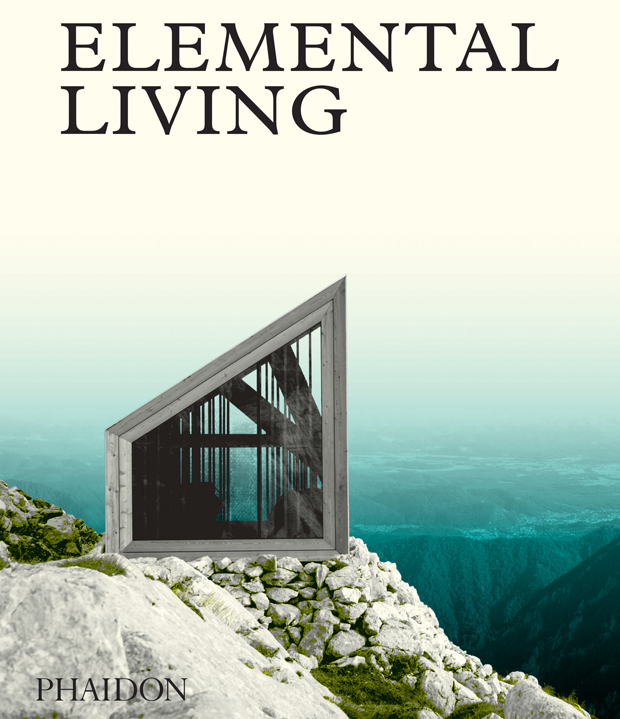 The cover of Elemental Living Contemporary Houses In Nature

60 stunning works of contemporary architecture, all of which have a special relationship with the natural landscape

Elemental Living presents 60 works of architecture from across the 20th and 21st centuries that have a special relationship with the natural world. The book includes a visually breathtaking selection of architect-created houses that have been designed to create unparalleled views of a wide variety of natural landscapes; designed to be almost indistinguishable from the natural landscape; or designed using materials and forms found in the natural landscape. Each house demonstrates a deep concern with the creation of unique living spaces that connect their inhabitants with the forests, mountains, lakes, deserts, and oceans that have attracted humanity for millennia.

As featured in Interview and T: The New York Times Style Magazine

"Dream home reverie at its most exciting and extreme... A timely survey that will especially resonate with lovers of design and nature... The book's stunning pages take the reader on a global adventure that is both visually exciting and illuminating... A must-have for architecture and design aficionados, as well as anyone with a passion for the natural world and stunning landscapes." —The Swell Life.com blog

"Guaranteed to satisfy the armchair (and real life) travellers on your list, taking them on a visual odyssey across the world... From clifftop houses to rainforest retreats, this book journeys through 60 of the world's most innovative buildings, designed to make the most of their natural surrounds." —TheSpaces.com

"The fun of this book is seeing the far-out, off-the-beaten-track homes that are perfectly in sync with their surroundings... No one can design better than Mother Nature, but these architects have done very well indeed."—1stdibs

"Beautiful... Homes crafted to be sustainable; secluded hideaways in harmony with their environment. Who wouldn't want to nestle beside nature." —Psychologies

"A pictorial celebration of buildings that are at one with nature... Architects are responding to the natural world with low-impact, sustainable constructions." —First (British Airways first class in-flight magazine)

"Soothing, lush residences are what make Elemental Living a masterpiece for dreamers and designers alike... Ideal for the libraries of architects, designers and those who envision a future that embraces the power of dreams and truly remarkable destinations." —Identity

"A refreshing and gently radical reorientation of the compass, a look away from cities to the edges of our encounters with nature... Makes a case for the relationship between climate and building as a site for significant innovation. One striking quality of the publication is the breadth and diversity." —Aesthetica

"This superb book features stunning homes from around the world and showcases how these properties can be artfully integrated into the landscape." —The Garden Design Journal

"A picturesque look at the spellbinding sensitivity that is possible in houses." —Vogue Living

"The beautiful meeting of man and wild... Some of the world's most breath-taking architecture benefits from being in the middle of nowhere... The exceptional beauty of these buildings can help us see nature anew."—Amuse-i-d.vice.com

"Architect-created works that make the most of their environment-from gravity-defying structures to those that ingeniously meld with the given landscape."—Singapore Tatler Homes