As the great British photographer celebrates his 66th birthday, we take a look at his best baked goods shots

People, parties and food feature heavily in Martin Parr’s photography. The British Magnum member, who celebrates his 66th birthday today, is a populist, writes the curator and Val Williams in our book on Parr, “interested in the things that everyone does: going on holiday, buying furniture, eating, travelling, dressing up.”

Of course, you wouldn’t wish to eat every slice of cake or attend every party in Parr’s pictures, just as you wouldn’t want to unwind at every holiday destination or wear every outfit. 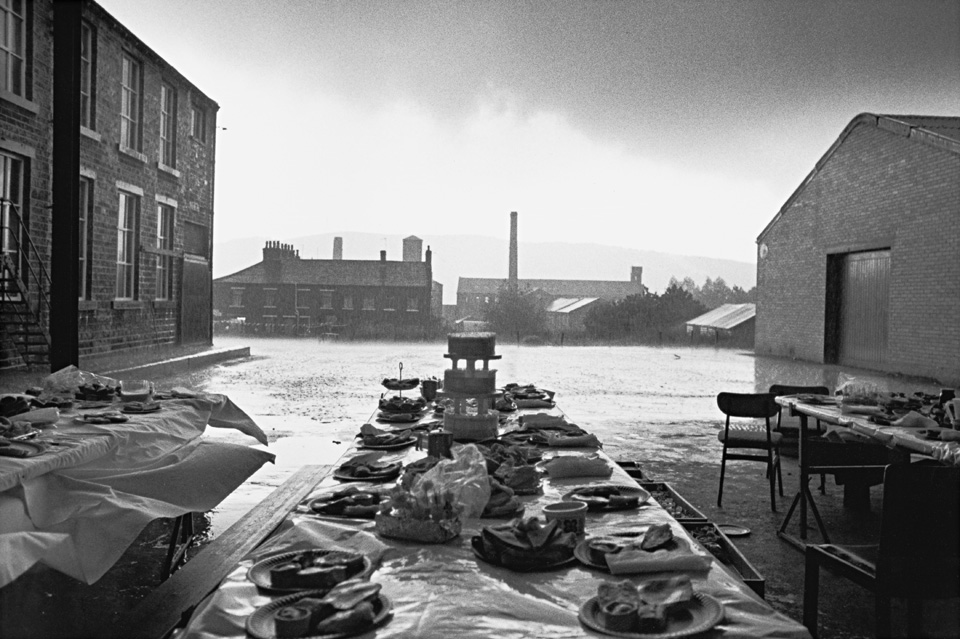 Nevertheless, his cakes and their makers still tell us something about the worlds through which Martin moves. There’s the 1977 Royal Jubilee cake, abandoned to the rain in his photograph of an unfortunate Yorkshire street party; there’s the dainty cupcake, balanced on a a middle-aged man’s trousers in Wells, Somerset, from 2000; and a tropical, heavily iced piece of celebratory baking, made in Kolkata, India in 2005. 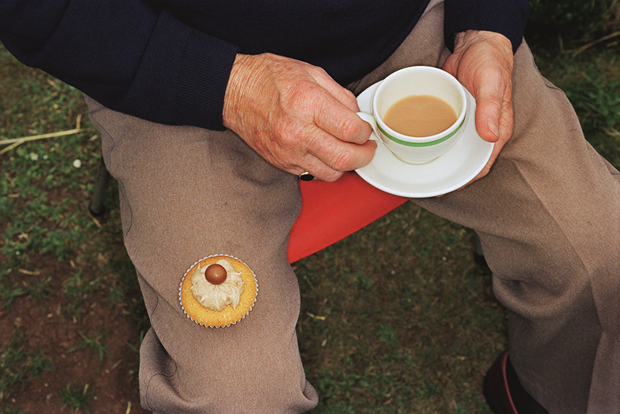 As the food grows more plentiful and calorific over time, so his subjects also expand; “people are getting fatter,” writes Williams, as she examines his photos from the 1970s through to the 1990s, “as they munch through hamburgers, donuts, ice cream and bacon.” 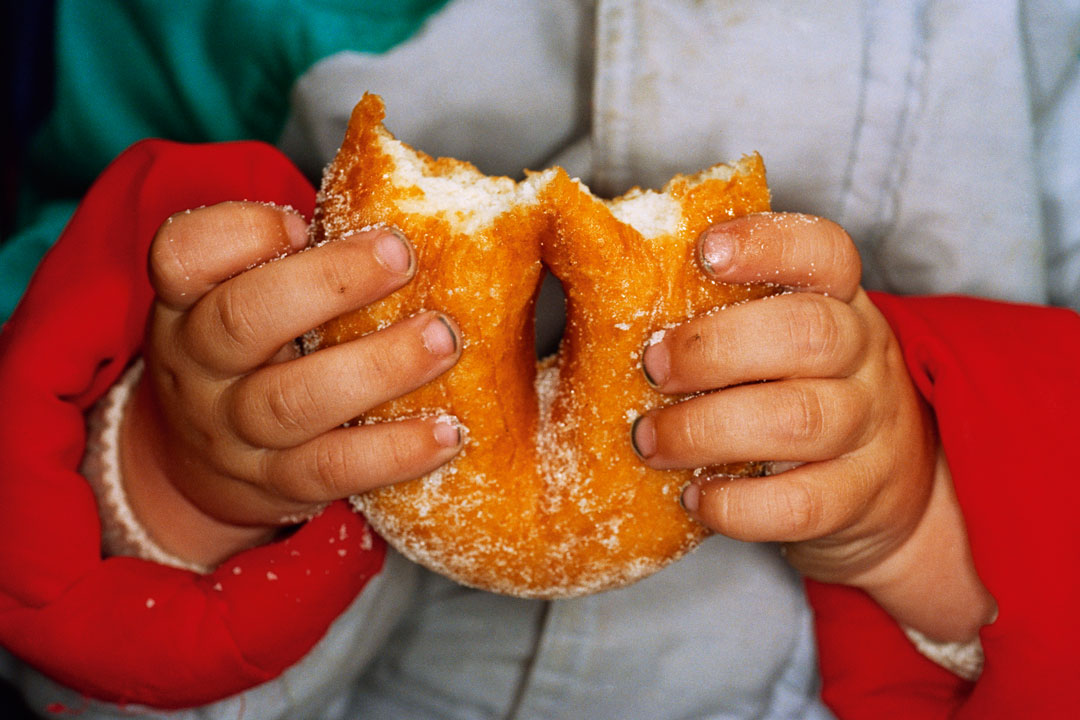 It’s not hard to detect certain sympathies within these shots of people and food. “Parr is nostalgic about the loss of popular culture,” writes Williams, “and bemoans the triumph of corporatism over community.” 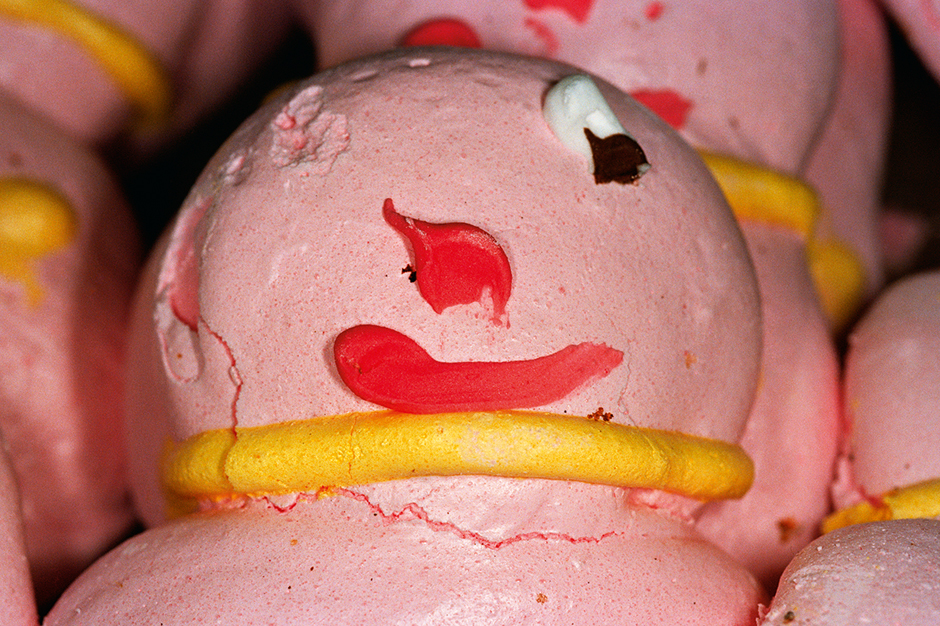 Nevertheless, even if the communitarian street parties of 1970s Yorkshire have vanished for good, Parr still manages to find a few crumbs of humanity in today’s confectionary, from a one-eyed iced treat, through to an eye-rolling set of haughty chocolate mice. 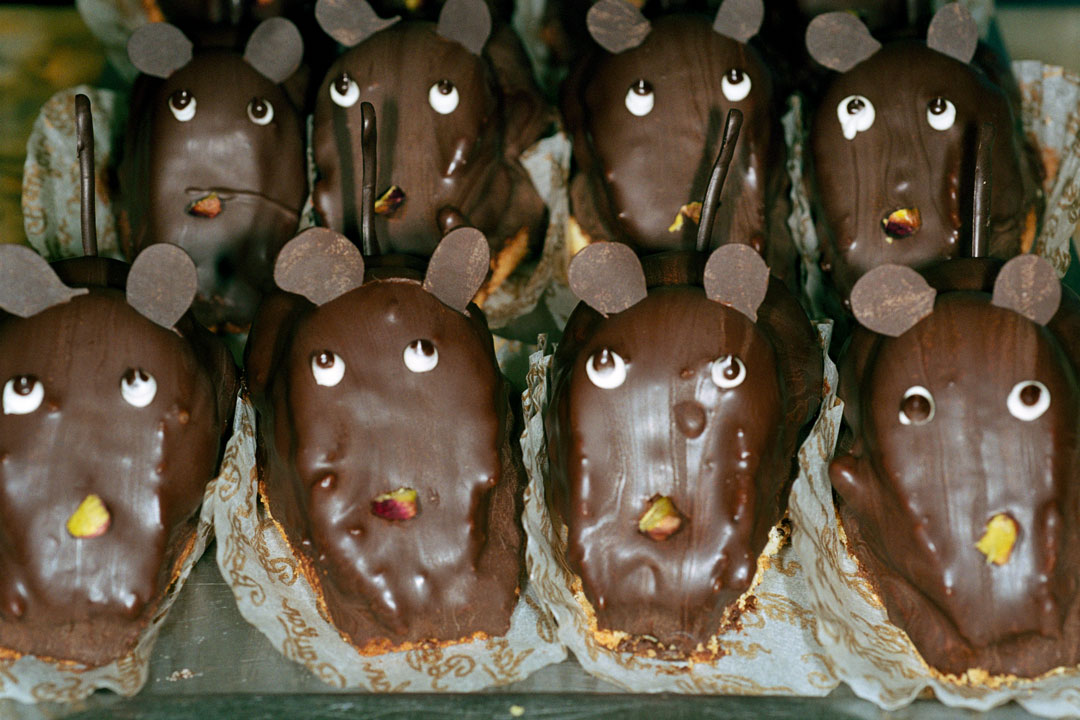 Happy birthday Martin! For more on this important photographer, order a copy of his book here; to indulge in more of his inimitable gastronomic shots, order his book Real Food here.