So much of Martin Parr’s photography works at the very point where good and bad taste intersect that it perhaps shouldn’t come as a surprise to find that food – being cultivated, cooked and eaten – appears in many of his most successful images.

The photographer’s roving seaside retrospective, Martin Parr, Life’s a Beach, opened at the Bondi Pavilion Gallery in Sydney, Australia at the weekend, and Parr took the opportunity to share his views on antipodean coastal culinary habits with the Guardian.

“All Australian cliches are true!” he told the newspaper. “You go down to the beach, people are cracking the beers, they’ve got the barbie on. It was like walking into a cliché. That’s why I liked it: because I like clichés.” 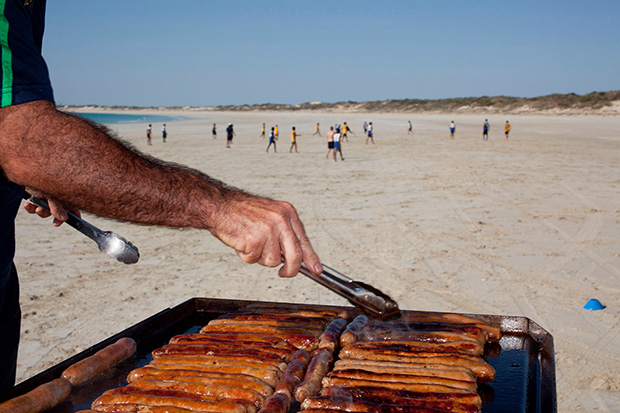 While his forthcoming exhibition at the Hepworth Wakefield, in Great Britain, might not focus on clichés quite so closely, it does feature an awful lot of food photography.

The Rhubarb Triangle & Other Stories takes its title from a recent year-long commission the photographer undertook, shooting the rhubarb producers of West Yorkshire, in the north of England. 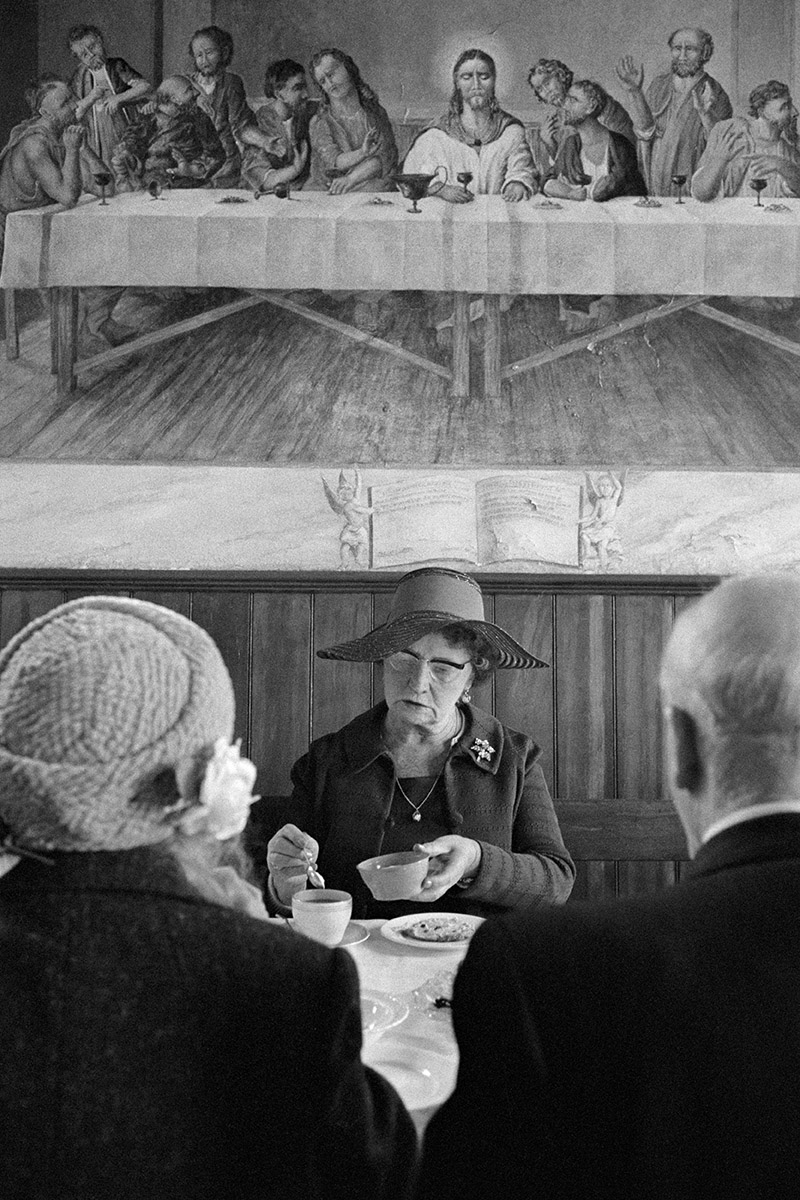 The triangle in question is a nine-square-mile region recognised in European law (like Parma for its ham and Champagne for that stuff you love) for its outstandingly good rhubarb crop. Farmers here produce early-forced rhubarb, by first cultivating the plants in cold conditions out of doors – the local area is known for its frosts – before moving the crop indoors, to grow the plants in darkened barns, which leads to delightfully tender, sweet stalks. This drawn-out agricultural process, which sometimes involves teams picking the stuff by candlelight, appealed to Parr. 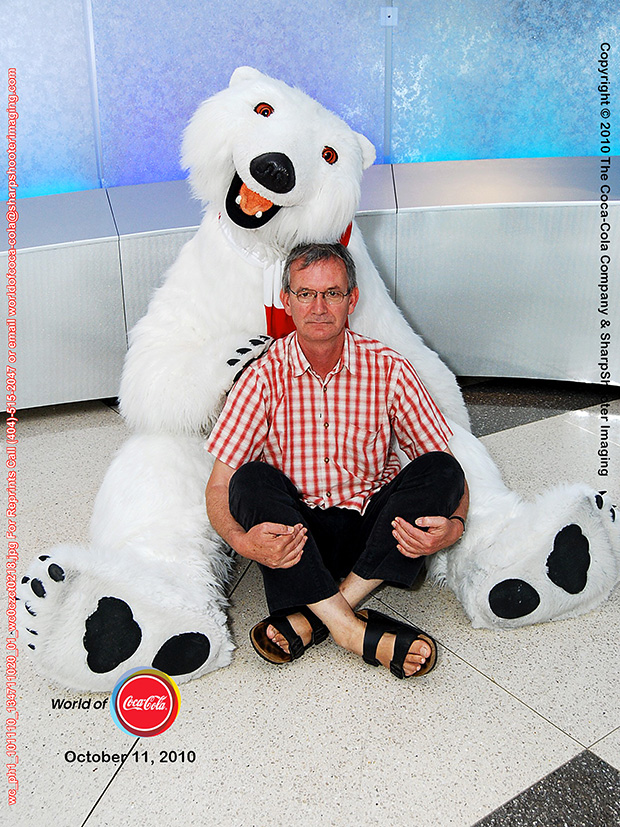 “That whole world is very endearing,” he told the Guardian, “even down to the phrase ‘rhubarb triangle’.” Indeed, this thread of culinary eccentricity is apparent in other images in the Hepworth show – which also displays older, better known-shots alongside prints from this new commission. 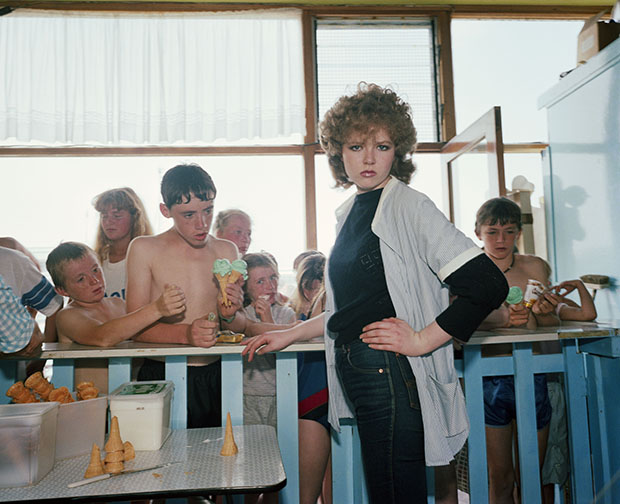 From the scowling ice cream sales girl in New Brighton Merseyside (above), to the prim non-conformists taking tea below an imperfect copy of The Last Supper, the heart of Parr’s photography often seems to lead from the stomach.

If you're interested in seeing more of Martin's cool food photography you're going to love his forthcoming book Real Food. Featuring photographs taken throughout Parr's prolific career, Real Food comprises a collection of close-up food shots, in typical garish colour, taken by Parr throughout his travels across the world.

It's introduced with an essay by Fergus Henderson, British chef and founder of the restaurant St John's in London, which considers Parr's photographs in the context of global cuisine-  and it comes in a very nice spongy cover!.