You've met Ana Roš but do you know about her sommelier husband Valter?

He loved natural wines long before they were fashionable, and his chaotic skills complement his wife’s perfectly

Ana Roš, the world-beating Slovenian chef might have smashed a few glass ceilings in her career, winning the title of World’s Best Female Chef in 2017, yet she’s never actually smashed up the eaves of her own restaurant, Hiša Franko. She’s left that role to her partner and internationally renowned sommelier, Valter Kramar.

“He’s an adrenaline junkie,” explains the Slovenian food writer Kaja Sajovic in our new book title Ana Roš: Sun and Rain, “and grins when he talks about how he survived a salto-mortale (acrobatic somersault) on his motorcycle, or crashing through the Hiša Franko roof, breaking his back.”

Thankfully, his mobility, and love of disorder remains intact. Kramar’s parents founded the restaurant – its name, Hiša Franko or Franko’s House, refers to Valter’s dad, Franko Kramar – and Valter, working within the family business, developed a nascent sense of the region’s good, local wines. When he was ten years old, his father put him in charge of wine decanting and he would take a few small sips. “I knew it was wrong,” he says in our book, “but I just couldn’t resist it.” 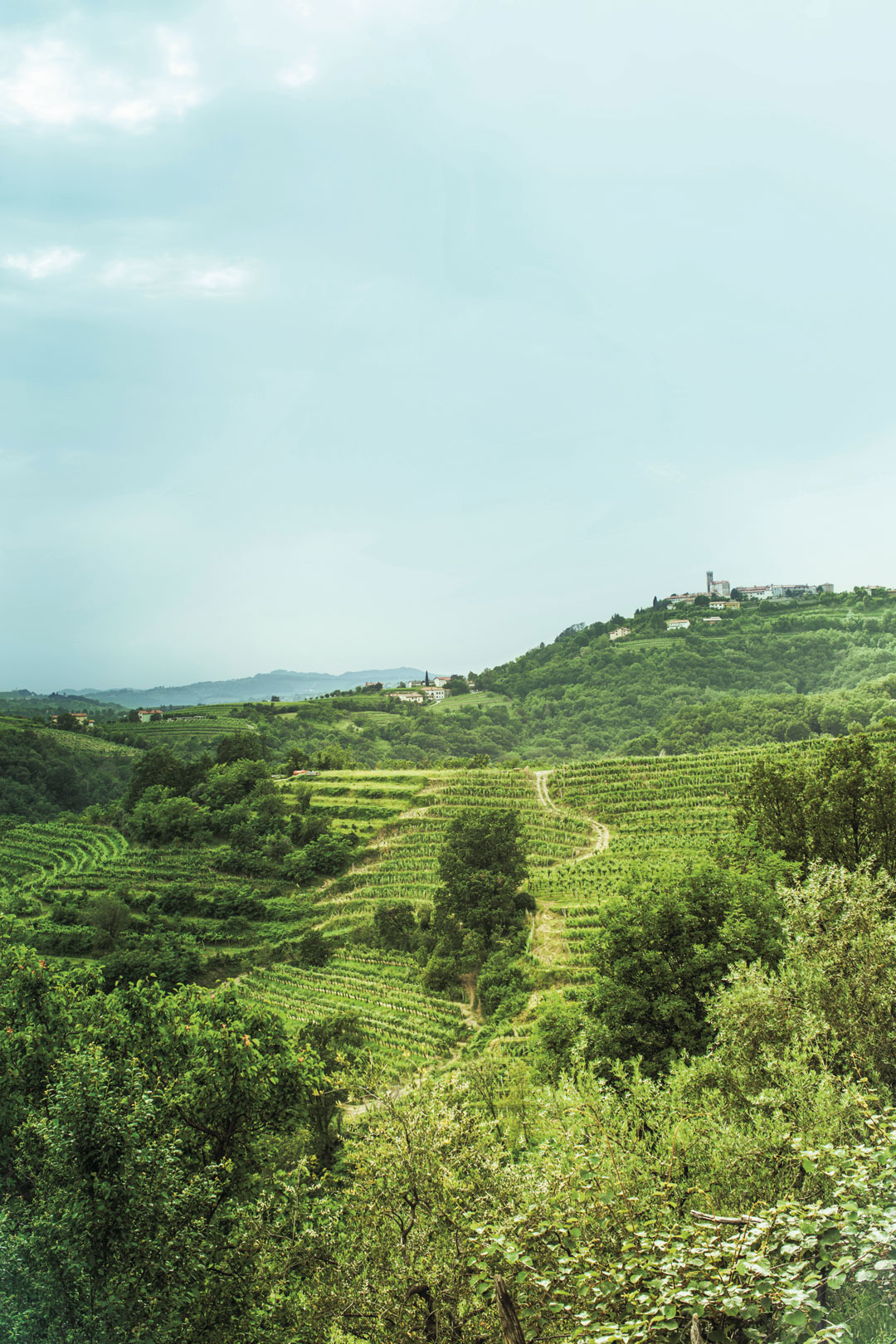 Valter’s early life also enabled him to develop an appreciation for local cheeses. “‘When we were kids, every Monday when the restaurant was closed, our father picked us up from school and took us to a nearby mountain pasture where we would pick up a supply of cheese and cottage cheese and drag it down to the valley on a wooden sleigh,” he recalls in the new book. “On our way back, the kids on the back seat would always devour more than half of it. These memories stayed with me forever.”

Working to support his wife in the kitchen at Hiša Franko, Valter now oversees the wine and cheese, drawing on his appreciation of Slovenia’s natural wines, which he was deeply familiar long before they became fashionable in New York and London.

“Ninety percent of approximately 600 wine labels in Hiša Franko’s cellar are natural, ecological or biodynamic, and the crazier they are, the more Valter loves them,” writes Kaja Sajovic. “At a certain point, his ode to natural wines almost sounds like he’s describing a drug. ‘When I’m completely down, drained and burnt-out, but I still need to be functional and up-and-running, it’s best to open a bottle of Organic Anarchy (made by the Slovenian wine-maker Aci Urbajs) and it lifts me up all the way to the sky. In that state, if I had a glass of conventional wine, it would only wear me down more." 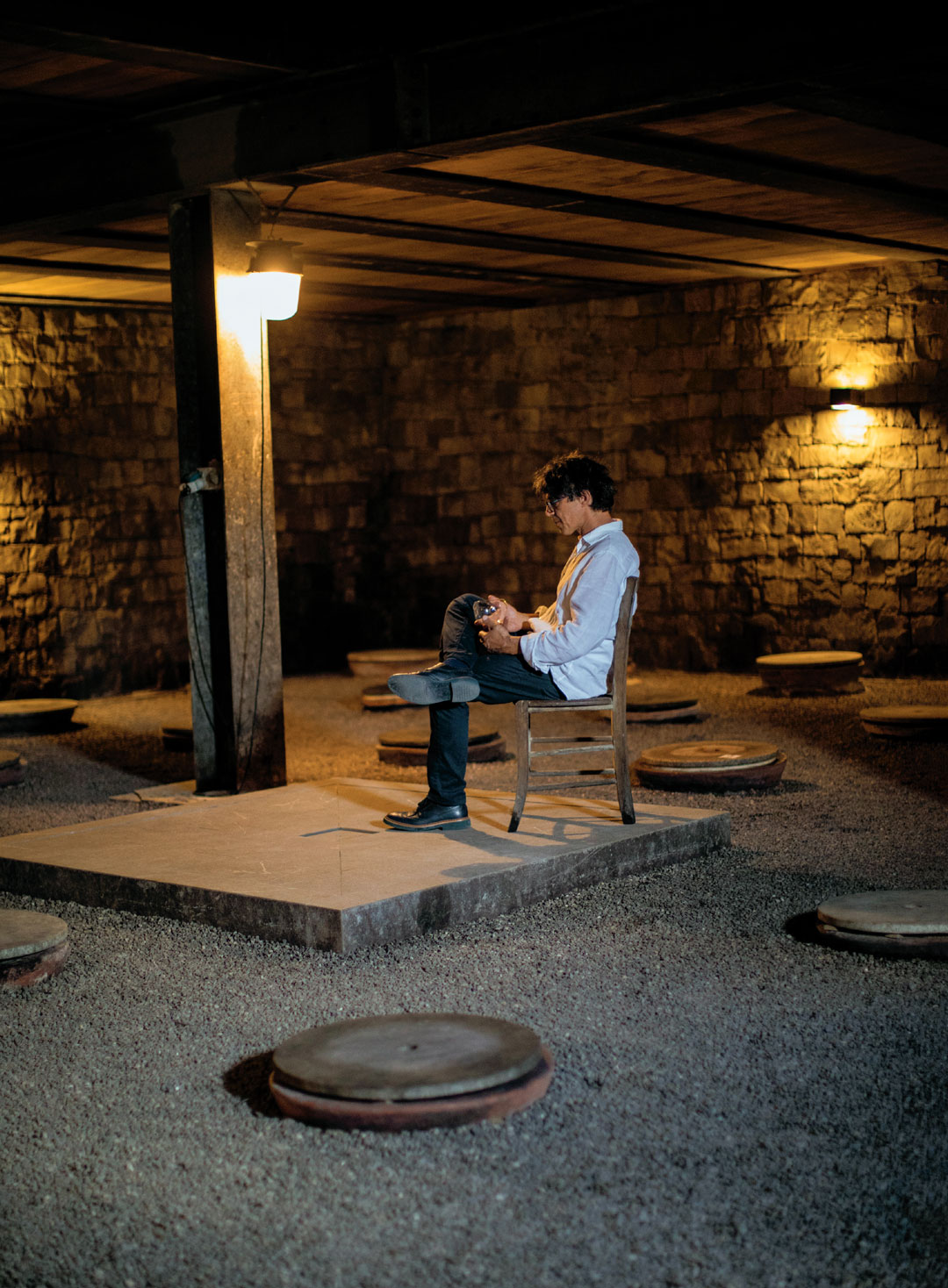 To begin with, not everyone liked his taste in wine. The restaurant’s established clientele “‘would kill me if I had served them anything cloudy,” he says in our new book.

But as Roš’s culinary career flourished, so Valter’s role grew to complement his wife’s work, though he can’t entirely fathom out how it all happened. “To this day I’m still not quite sure if Ana’s dishes developed to this level of intensity because of the wines we drink or not,” he says in our new book. “And her plates, they have a lot of character, so it’s only natural the wine we serve has to have character and spunk as well, otherwise it would fall flat with her dishes.” 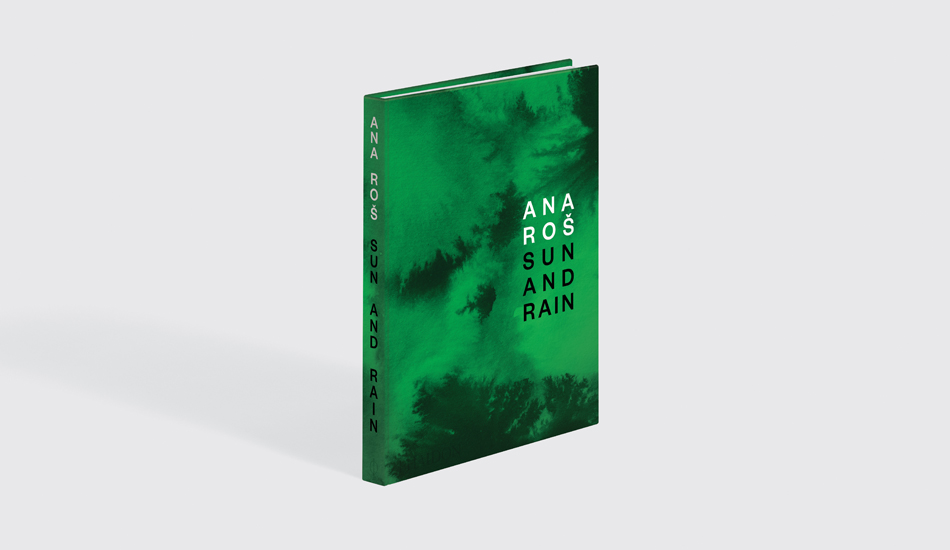 He is a little more disciplined when it comes to his cellar, where Valter matures both the restaurant’s wines and its cheeses. “When he was redesigning Hiša Franko, the wine and the cheese cellars dug under the gardens became the focal points, and every other place in the renovated house was built around it,” writes Sajovic.

And in this new, well-ordered space, Valter makes room for the cloudy, disordered, crazier wines and cheeses. “I have fun with the crazy,” he says. “I think my body really responds well to them. They are great for digestion, and they don't make me nervous unlike conventional wines, he explains.

To find out more about that craziness, and perhaps recreate a little of your own, get a copy of Ana Roš: Sun and Rain here.