Great design doesn’t always require a good grounding in aesthetics, engineering or the applied arts. Just consider the story of Fred Morrison, an American inventor who trained originally as a building inspector before he went on to create one of the world’s most popular outdoor toys.

“Morrison began his entrepreneurial journey selling cake tins to Santa Monica beach- and park-goers for them to play catch with,” explains our new book Design for Children. “In 1948, he teamed up with Warren Franscioni, who owned a butane factory, to create a plastic version of the throwing disc, which they first sold as The Flyin’ Saucer and, later, The Pluto Plate, through their company Partners in Plastic (Pipco).

“The term ‘flying saucer’ had been coined just a year earlier during the Roswell incident, and Morrison and Franscioni’s product name capitalized on the era’s fascination with Unidentified Flying Objects. In 1955, the Californian toy company Wham-O purchased the rights to the product, made modifications to the design and renamed it the Frisbee. The name is borrowed from Connecticut’s Frisbie Pie Company, whose cake tins were thrown around for fun by Yale students. Since then, the Frisbee has been Wham-O’s bestselling product and has led to the creation of several sports, including Ultimate Frisbee and disc golf.” 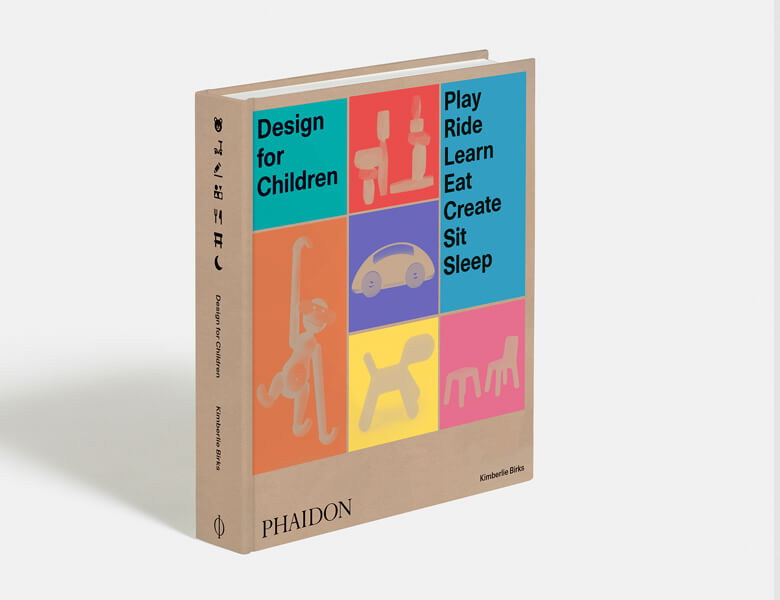 Want a comprehensive, genre-defining survey of children's product and furniture design from the Bauhaus to today? Buy a copy of Design for Children here. It's written by Kimberlie Birks, a New York-based design writer and editor who studied art history at Brown University and design criticism at the School of Visual Arts, where she wrote a graduate thesis on playground design.