The artist looks back to Eadweard Muybridge and Harold Edgerton in her new work, Images in Debris

Back in the 1990s the artist Sarah Sze took a class at Harvard entitled Great Monuments in Asia. The lectures made her think about how a work of art becomes big, important and apparently everlasting. Yet the more she thought about it, the more she became drawn to more brief creations.

“This idea that objects, like experiences, are ultimately fleeting, ephemeral, and located in a very specific moment – the idea of the anti-monumental – became interesting to me,” she explains in our Contemporary Artists Series book.

It’s an idea that she’s continuing to explore in her forthcoming exhibition, opening on 8 June at the Victoria Miro gallery in London. The show features Images in Debris, a new installation of images, light, sound, film, and objects, which, as the gallery explains, explores our sense of time, place and distance, and the construction of memory, through the never-ending stream of images that we negotiate daily. 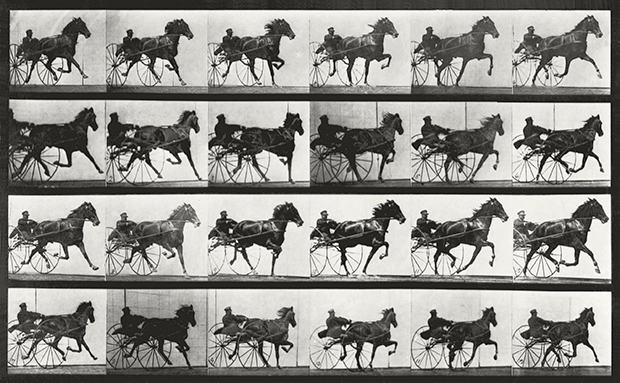 Attitudes of Animals in Motion, Horses, Trotting Edginton No.34 (1879) by Eadweard Muybridge, as reproduced in The Photography Book

Far from being permanent and monumental, Images in Debris captures the momentary, precarious state of our daily experience. However, it does this partly by acknowledging monumentally important photo pioneers.

Neither Muybridge nor Edgerton would have presented themselves as fine artists, yet both altered the way we view objects in time; Muybridge’s late 19th century photographic studies of horses in motion made previously unperceivable movements visible; meanwhile, Edgerton, an MIT professor, managed to slice up time even more finely during the 1930s, 40s and 50s, capturing speeding bullets, bursting balloons and splashes of milk as they appeared for just a fraction of a second. 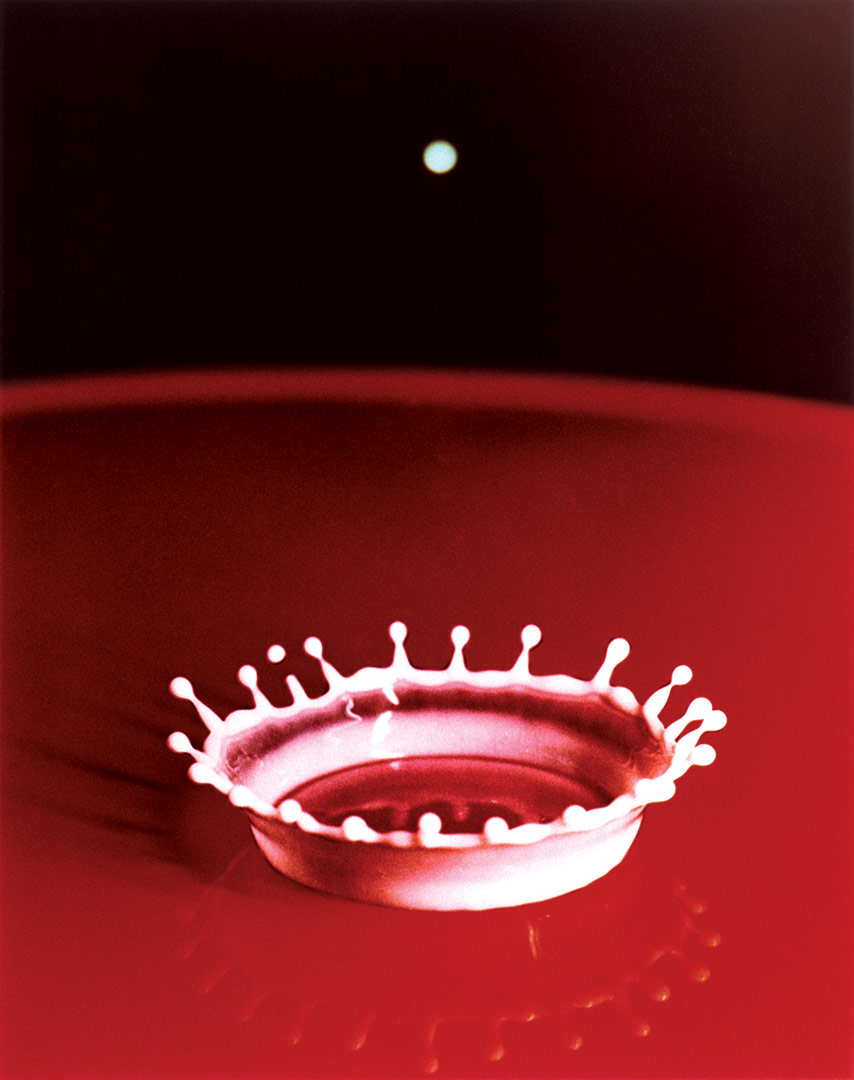 Milk Drop Coronet, 1957 by Harold Edgerton, as reproduced in The Photography Book

Sze’s take on these works shouldn’t be viewed as a scientific demonstration, but instead as a response to the modern condition. “We have an acute awareness every day – with the constant upgrades and innovations in technology that immediately touch our lives – that how we experience time and space is shifting and changing at an exponential rate,” the artist says in our book. “Locating yourself in time and space is incredibly complex right now in operative ways that are hard to predict.”

Next month, with a little help from two photographic pioneers, that process of location might grow momentarily easier. 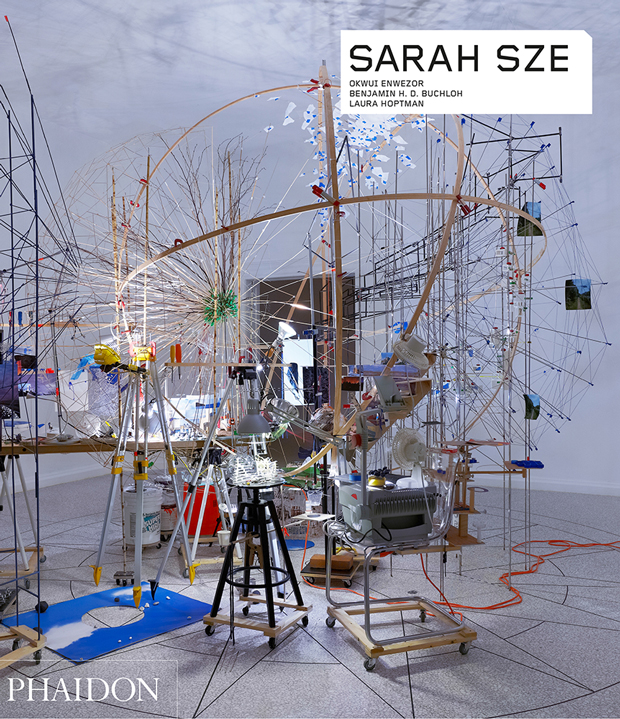 For more on this important contemporary artist order a copy of our Sarah Sze book; for more on Edgerton and Muybridge order a copy of The Photography Book; and for a longer lasting examination of this subject, consider investing in one of Sarah Sze’s Images in Debris print over on Artspace.