What is New York getting for Christmas? A new subway line, and some of the finest public art the city has ever commissioned it seems. The city’s new Second Avenue Subway will run along the eastern side of Manhattan, under Second Avenue, from 125 Street to Hanover. Its first phase is set to open on 1 January 2017, with the unveiling of the first four stations, at 63rd, 72nd, 86th and 96th Streets, and the Metropolitan Transportation Authority’s Art & Design department has overseen a series of tile murals executed by four artists for each station. 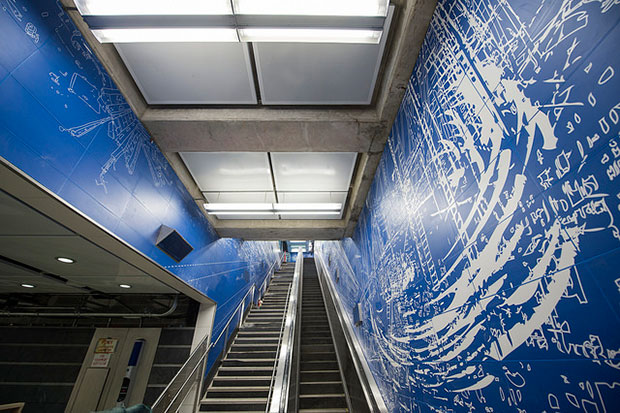 Sarah Sze's Blueprint for a Landscape (2016) at the 96th Street station.

Sarah Sze, Chuck Close, Vik Muniz and Jean Shin were chosen at the beginning of 2009 from an initial 300 submissions, and each will offer subway riders a very different take on city life as seen from its subterranean rails. 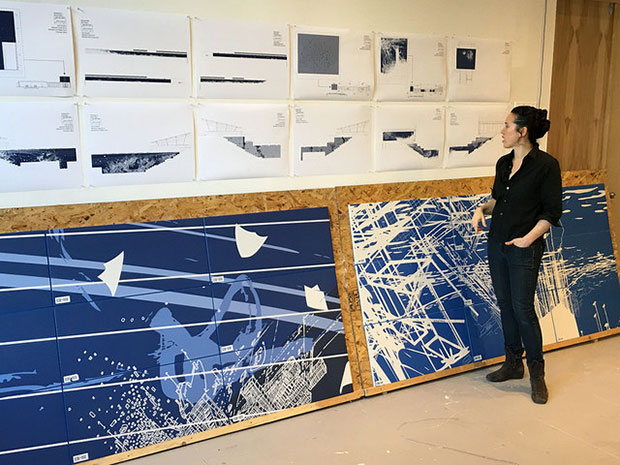 Sarah Sze working on her MTA commission Blueprint for a Landscape (2016).

Sze’s work, Blueprint for a Landscape, which adorns the new 96th Street station, features fern fronds, leaves, paper and scaffolding all swirling about in a schematic depicting our busy, interconnected lives.

The work, which was produced by a Spanish tiling company, represents “the mind-boggling pace we’re all moving at now,” Sze told the New York Times. “There’s a lot of information, but it has a kind of rhythm that you can navigate.”

Though the artist captures something essential about the contemporary city experience, Sze’s piece is the most abstract of all the submissions. 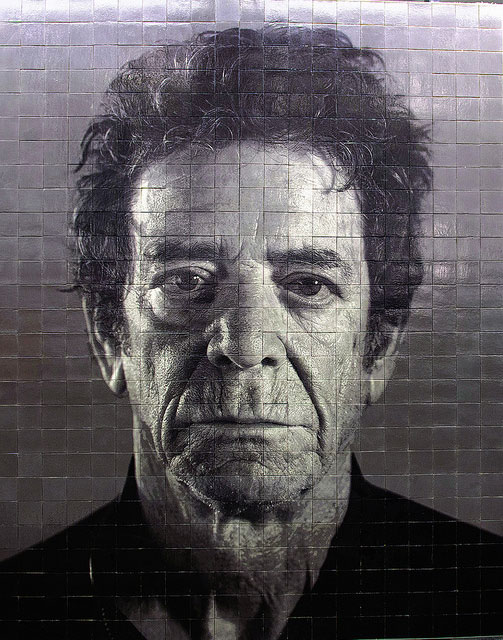 Chuck Close’s tile portraits, on the walls at the 86th Street Station, are perhaps the most recognisable of all the new works, as they depict well-known New York art-world figures, such as Lou Reed, Kara Walker, Cecily Brown, Philip Glass, Alex Katz and Zhang Huan.

Vik Muniz’s work at the 72nd Street station complement’s Close’s pictures, with a series of full-figure life-size portraits of everyday New Yorkers, from policemen and school children through to office workers and costumed street performers. 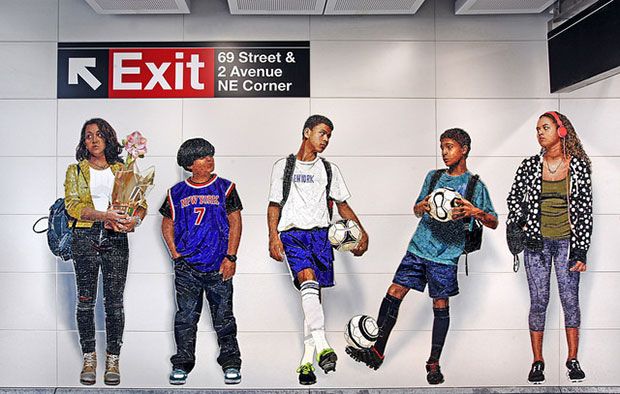 In contrast, Jean Shin’s work at the 63rd Street Station draws on archival pictures of the old Second Avenue and Third Avenue elevated train lines, to remind subway riders what the city used to look like.

For greater insight into Sarah Sze’s work order a copy of our Contemporary Artist Series book dedicated to the artist. For more on site-specific art in the Americas order a copy of Art & Place.