The Phaidon artists join Christian Marclay, Do-Ho Suh and others in Don’t Look Back: The 1990s at MOCA

At the time, the 1990s seemed to be a pretty easy-to-grasp decade. Preceded by the fall of the Berlin Wall, a boom in financial services and the arrival of the internet, the decade seemed for many in the West a peaceful, pluralistic, plentiful time.

How much difference a quarter of a century makes. As the staff at Los Angeles Museum of Contemporary Art were installing the works for their new show, Don’t Look Back: The 1990s at MOCA, they may have considered the ways in which the meanings of these pieces - all drawn from the institution’s permanent collection and many that have not been displayed since that decade ended -  have changed.

Born in 1945, Paul McCarthy was already a mature artist in the 1990s, yet he had to wait until the final decade of the 20th century for his abject, often scatological art, to find its place within the gallery system. McCarthy Tokyo Santa/Santas Trees piece, on show here, seems to capture the rot at the heart of popular culture that McCarthy and his fellow artist Mike Kelley expressed so well two decades ago.

Christian Marclay, ten years younger than McCarthy, made his name in 1980s New York, yet it’s his 1995 film montage, Telephones, that’s included in the Outmoded section of the show, a spot for analogue nostalgia created at the very moment the digital era was beginning. 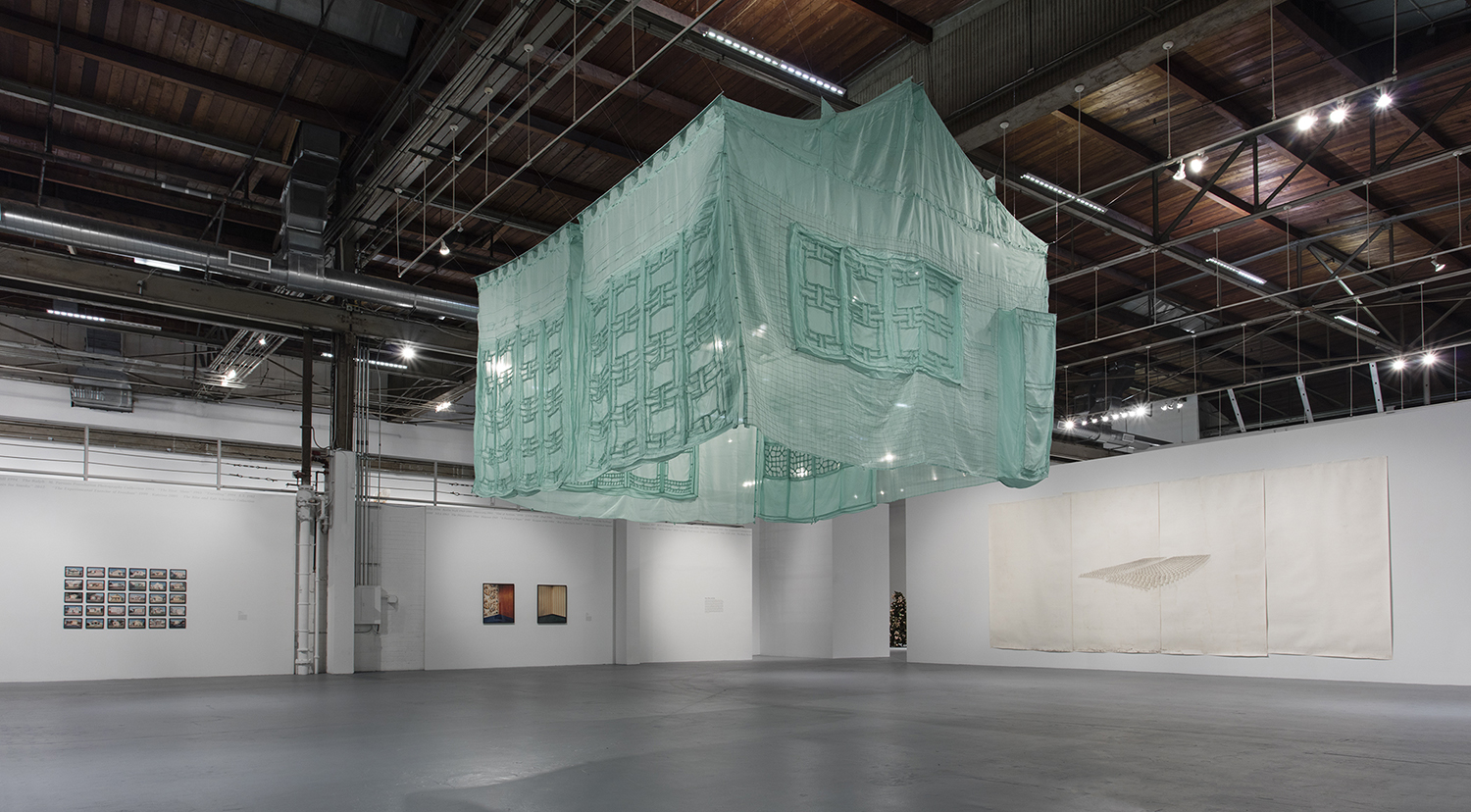 The unfortunate upshot of the exponential increase in consumer consumption is examined in Marc Dion’s 1994 installation, When Dinosaurs Ruled the Earth (Toys R U.S.), a luridly unnatural bedroom, filled with the kind of detritus that may well bury us all sometime. 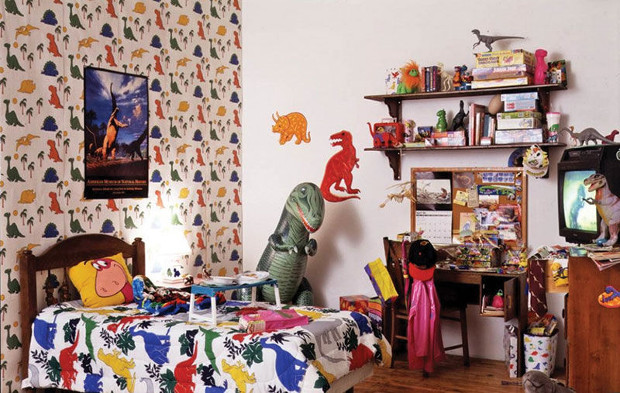 Sarah Sze, meanwhile, in her 1999 piece, Many a Slip, makes much more out of reified clutter. The piece is one of the show’s highpoints, and not only for the beauty it finds in its arrangement of the myriad of consumer goods on offer in the 1990s.

Sze’s piece also demonstrates the larger scales artists were able to experiment with in the 1990s. Under the rubric Space, Place and Scale, the show’s curators examine how, during the 90s, more and more artists were able to live and work in old warehouses and light manufacturing lofts, enabling a number of them to take on the monumental dimensions of institutional spaces. “As artworks began to occupy whole rooms,” MOCA explains “notions of space, place, and scale became increasingly dominant themes.” 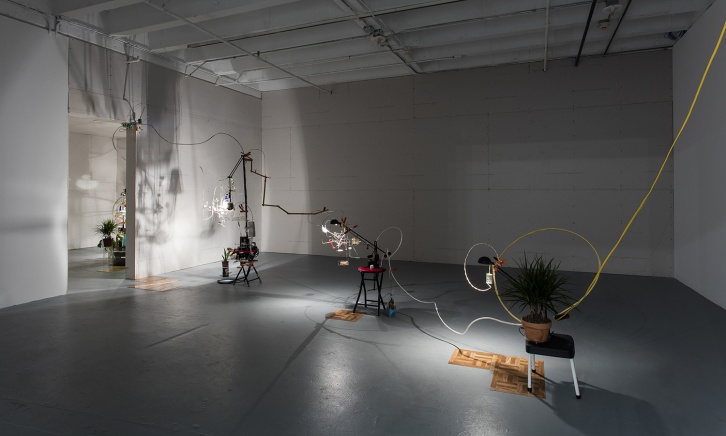 Today, burgeoning artists often find it hard to rent even a box room in London or New York, let alone a loft – just one of the ways in which the artworld has changed since these works were made.

For more on the show, which runs until 11 July go here; for greater insight into Paul McCarthy buy this great new monograph; and for more on Sarah Sze order this forthcoming monograph. Finally, for more on how art has changed since the end of the 1990s get The 21st Century Art Book.

More on Sarah Sze and Paul McCarthy return to the 90s