At auction at Christie's, this deceptively simple grid-like work from 1985 describes a simple, meditative beauty

It can be hard to devote little more than a glance to this or that artwork during London’s Frieze Week. However, it would be a mistake to simply scan your eyes over Agnes Martin’s 1985 painting, Praise, which is the highlight of Christie’s 4 October auction, The Collection of Leslie Waddington.

This acrylic and pencil on canvas is a deep, meditative exercise in beauty, concentration and fulfilment, both in terms of creation and appreciation.

Praise dates from 1985, when this Canadian-born, US-based artist, then in her early seventies, was living in New Mexico. The painter, who regarded herself as an abstract expressionist, moved away from New York City in 1967, in an attempt to find a more solitary way of life.

Though this change of scene was key to her work, Martin had actually developed her signature grid paintings – of which Praise is a fine example while living in NYC. Here’s how her friend and gallerist, Arne Glimcher, founder of Pace Gallery, recalls in our Agnes Martin book. 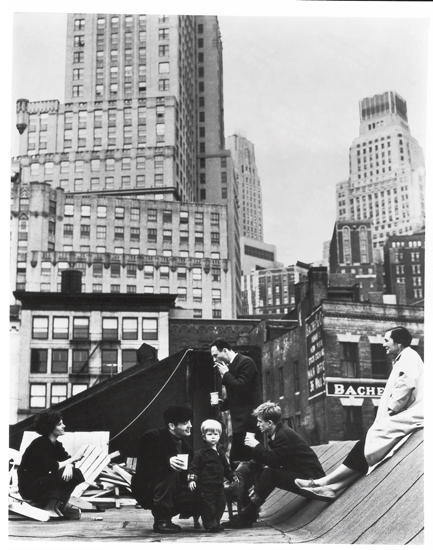 “In the early 1960s, after two decades of making paintings that did not satisfy her quest for transcendent beauty, Agnes Martin succeeded in emptying the canvas of ideas and allowed it to fill with pure emotion: she painted her first grids. ‘I thought I had made something that no one would consider to be a painting but to my surprise they responded.’”

These fine, deceptively simple works, would go on to dominate her artistic production for pretty much the rest of Martin’s life, while ensconced in New Mexico. 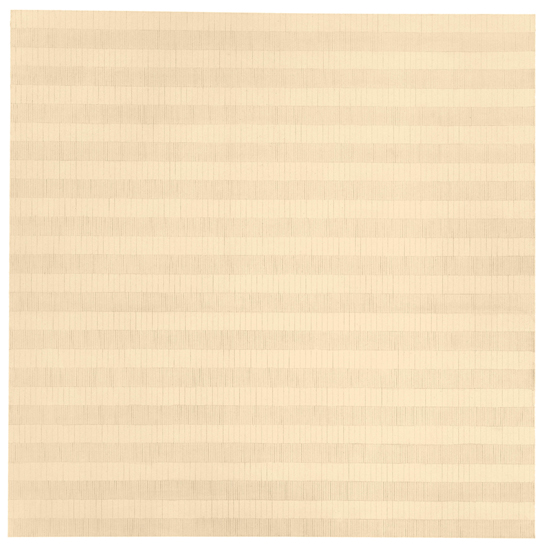 “Emptied of all other visual incidents, of Cubist space and brushwork, the paintings address finer layers of perception and extend awareness,” explains Glimcher. “Redundant in the imagery, without beginning or end, composition or texture, they represent a new beginning for painting after the combative achievement of art in the first half of the twentieth century.” 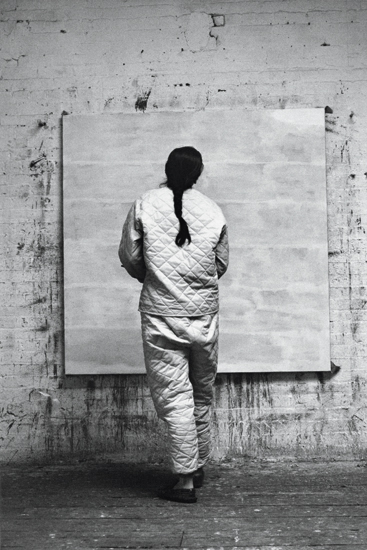 Rather than thinking of them as representing this or that, it’s better to regard Martin’s grids as a kind of hand-drawn graph of her inner being.

“The painting becomes a chart that allows the viewer, once a time commitment is made, to share the artist’s response to interior states,” writes Glimcher. “But there is nothing mystical about the work or the artist. The paintings are meditations on innocence, beauty, happiness and love. Agnes’s painting invites the viewer to recognize states of perfection already. There is no narrative, they offer no explanation, and they make no demands.” 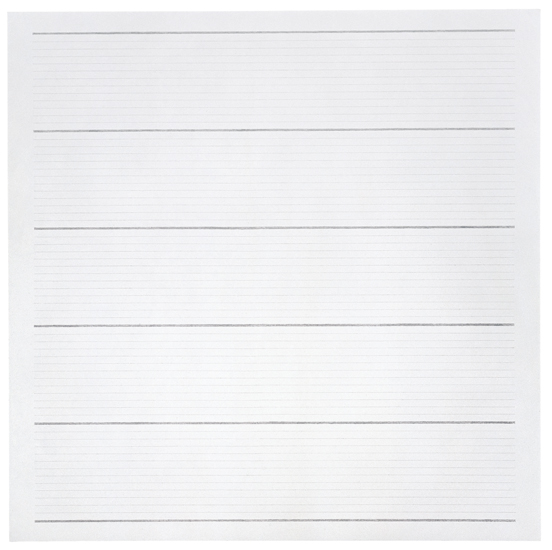 That said, there are some, simple real-world influences on Martin’s work from this period. “The visual extravagance of space in the landscape and the quality of the light inspired her, and her life in New Mexico is inextricable from her work,” explains Glimcher. “She drove the same routes day after day, hundreds of times, and each time she responded to infinitely small changes in the patterns of the rocks and vegetation. She retained the innocence of perceiving and responding as if for the first time, yet no literal reference found its way into her paintings.”

Nevertheless, these works remain, as Glimcher puts it, “a catalyst to the awareness of the beauty that already exists within what she calls ‘the inner mind’.”

This is a novel way to interpret painting, yet it isn’t especially hard to understand. To illustrate this point, Glimcher offers this anecdote. “My granddaughter Isabelle visited Agnes in New Mexico in the early 1990s. During that visit, Agnes took a rose from a vase and holding it out towards Isabelle asked if the rose was beautiful. ‘Yes,’ Isabelle replied. Agnes then put the rose behind her back and asked if the rose was still beautiful. Again Isabelle said yes to the rose now hidden behind Agnes. She demonstrated to a child that the concept of beauty was only in the mind not in the object. For Agnes Martin, the search for beauty was the apotheosis of the positive in life, and its recognition equalled fulfilment.”

In a few days’ time, someone else will, be experiencing again that positivity and fulfilment again. Good luck if you’re bidding. For more on Agnes Martin and to see many more of her works, order a copy of our monograph here. For greater insight into buying at auction or elswhere get Collecting Art for Love, Money and More; and for insight into the auction hoouse behind this sale, order our Christie's book, Going Once.

More on From Book to Bid – Agnes Martin’s Praise