A new show at Pace gallery by smart young curator Tobias Czudej - who works under the name Chewday's - takes the work of artists inspired by Agnes Martin as a jumping off point for a collection of work that questions the way art is rapidly converted and reduced to image data, its success judged by it ability to saturate social networks. As you probably know, it’s a bit of thing right now in the art world.

Signal Failure features work by Sara Barker, Philomene Pirecki, Cédric Eisenring, Mathis Gasser, Scott Lyall and sound artist Sergei Tcherepnin, all of whom have taken the irreproducible nature of Agnes Martin’s work and her life of self-imposed solitude as their point of departure.

Chewday's formed the idea for the show earlier this year as Pace gallery began filling up with Martin canvases en-route to the current Tate retrospective. (Pace founder Arne Glimcher was Martin’s lifelong friend, dealer and author of a magnificent monograph on the artist). 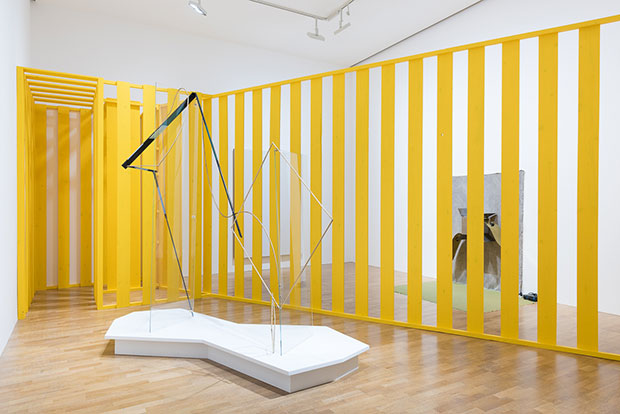 “We rarely have the paintings in the gallery so I’d only seen one or two before the Tate show. I was always seeing her work in reproduction and I started to realize that her work just didn’t translate as reproductions,” says Chewday's. That inability to satisfactorily reproduce Martin’s work – a view shared by Glimcher - got the curator thinking about a generational context for the show.

“I think what’s interesting about the generation I’ve grown up in is this digital image saturation. The way we experience art or see it a lot of the time is online. Most people who go to a show walk up to a painting, take a photo then instagram it. So we’re always seeing art in this mediated way. It’s even got to the point where I think some younger artists - intentionally or not - are making work that’s slick and refined and translatable and can easily be circulated.” 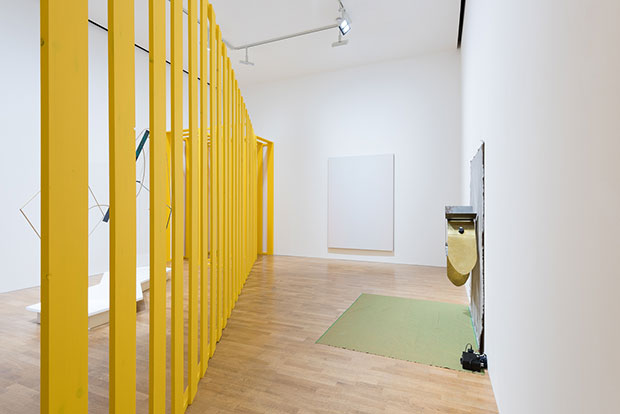 Though small in size, it's huge in stature, with the careful dissection of the space by Mathis Gasser and Cédric Eisenring’s Yellow Gate in particular, forcing the visitor – and potential instagrammar – to slow down and appreciate the work in a more three dimensional emotional way.

Some of that work bears direct response to the work of Martin – Philomene Pirecki’s white wall paintings question the fidelity of reproduction, how something physically absent might be made present again, albeit in an altered state. Her paintings begin with the artist taking close-up photos of an empty white wall.

“The previous exhibition to this one involved a screening of Agnes Martin’s (1976) film Gabriele, on one of the walls,” says Chewday's.  “The room is obviously dark but the reflected light was hitting this wall so she took very close up photos of sections of the wall and then these photos, effectively colour samples, were sent to a paint mixer who then sent them back to her and she painted them back onto the wall.” 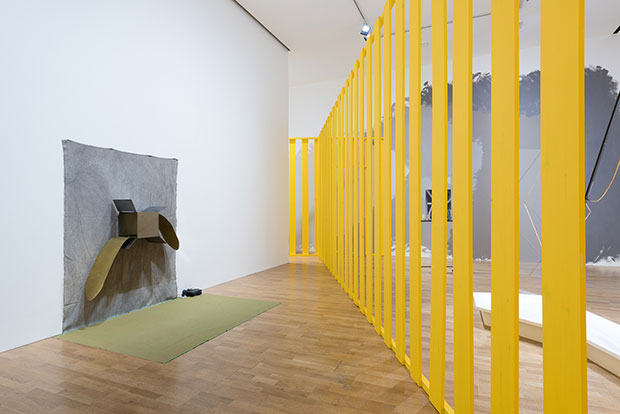 Scott Lyal’s work meanwhile, very much operates on a similar level of negation to Martin's. His paintings – in fact UV digital prints on canvas – start with the selection of a single pixel of colour.

“He takes the single pixel and he wraps it round the virtual curvature of a void and, through digital software, breaks the pixel down, almost into digital dust,” says Chewday's.  “There’s no real image, it’s just data that’s sent to print heads that then print this. There are no two points that are quantitively the same value. So it’s this atmosphere or mist. Once again it doesn’t translate at all into online. It just looks like a kind of white piece of paper!" 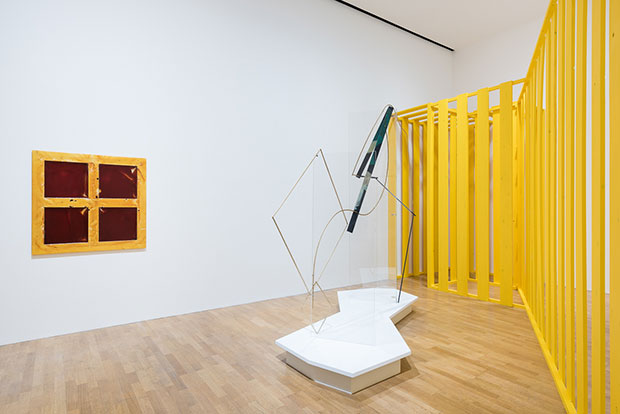 For Chewday's, it's the humanity of Martin's work that are key here.  “They’re often misread as stark minimalist compositions but actually they’re really emotional," he says. "And for me that’s what art is, that experience, that’s kind of what gets my skin tingling. It’s important to me to recreate some kind of experience that’s real and true.”

The show is here, our hugely important Agnes Martin monograph by Arne Glimcher is here, check out our interviews with Arne here and our review of the Tate Agnes Martin retrospective on Artspace here.

More on New show channels the spirit of Agnes Martin