The Art of the Map - Mona Hatoum

Why did the Palestinian artist make Present Tense from olive oil, glass beads and thousands of blocks of soap?

It is the cartographer's selection of graphic and artistic forms of display from which map-making draws its deep creative potential and its lasting power. Yet this power is all the more pronounced when the cartographer is, at heart, an artist. In our online look at maps created by artists (each of which is one of the many featured in our book Map Exploring the World), we've experienced a lot of powerful political commentary - often surreptitious in its execution.

As the writer of the foreword, modern cartography specialist John Hessler, puts it, this power is there "in the choice of form, colour and thematic emphasis, that the viewer may peer into the hidden, seldom considered fourth dimension of cartography: the one found in the minds of the cartographers themselves." With that thought in our mind, today we're looking at Mona Hatoum's 1996 work Present Tense.

Across a grid of 2,400 square blocks of soap, wavering lines of tiny red glass beads embedded into the surface trace out an unfamiliar map.it depicts the disconnected territories agreed to be returned to Palestinian control in the Oslo Accords of 1993.

The maker, Hatoum, is a Palestinian artist who has lived her whole life in exile. She was born and raised in Lebanon after her parents fled Haifa and since 1975, when civil war broke out while she was in the United Kingdom, has been based in London Geography, nationality and dislocation are central to her varied artistic practice, through which she invites viewers to consider their place in the modern world and their relationship to its conflicts. 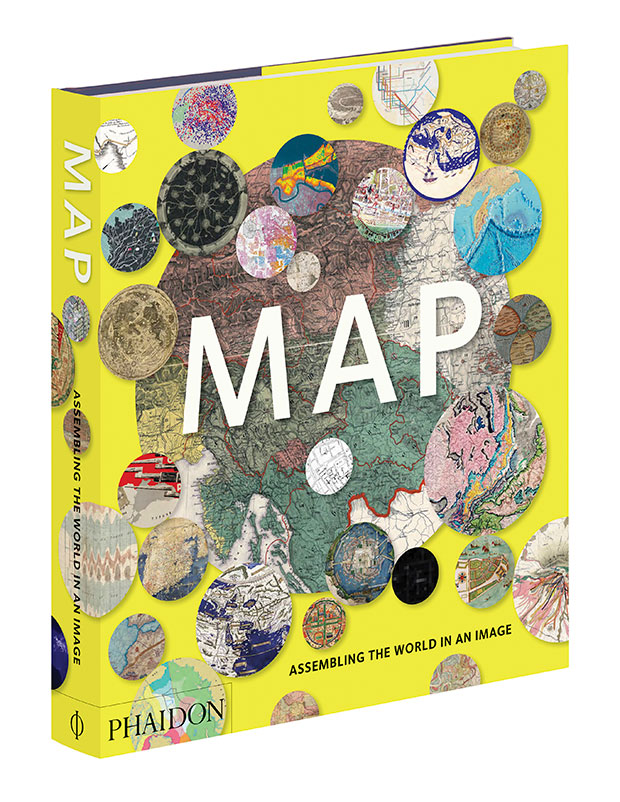 Her unorthodox material for the map – olive oil soap from Nablus in the West Bank, north of Jerusalem (where she undertaking a residency at the time she made it) – is a poignant choice.

Hatoum called it a ‘particular symbol of resistance’, soap being a traditional Palestinian product that has been made for centuries and yet also a substance prone to dissolve, echoing the potentially impermanent nature of borders and agreements. The title reiterates the temporary here and now, and also references the everyday tension in this long- disputed region of the Middle East.

For more great maps by expert cartographers, amateurs, artists and others, buy a copy of Map Exploring the World here.