There isn’t much point in having a really good idea, if you can't get anyone else to agree with you. In the 1940s, the Swiss-French modernist architect and designer Le Corbusier (the subject of a recent post on our Instagram account) had just such an idea, for something he called the Modulor system. Rather than rely on Imperial or metric measurements when planning our homes, offices, schools, and cities, he put forward a new design philosophy which took a man’s height, with his arm raised, as a useful unit for working out the needs of those who lived and worked in his buildings.

“in 1945, Le Corbusier succeeded in devising a complete system of proportions linking the principle of modularity and the golden section,” writes Jean-Louis Cohen in Le Corbusier Le Grand. “Devising yet another linguistic invention, he gave the name Modulor to this system, which was based on the statistical height of the average man: 1.75 meters (5 feet 9 inches). From that point on, the measuring scale of the Modulor enabled Le Corbusier to establish the dimensions of all the elements in any one of his buildings, which would thus be considered automatically adjusted to “the measure of man”- and thus harmoniously coordinated with one another.” 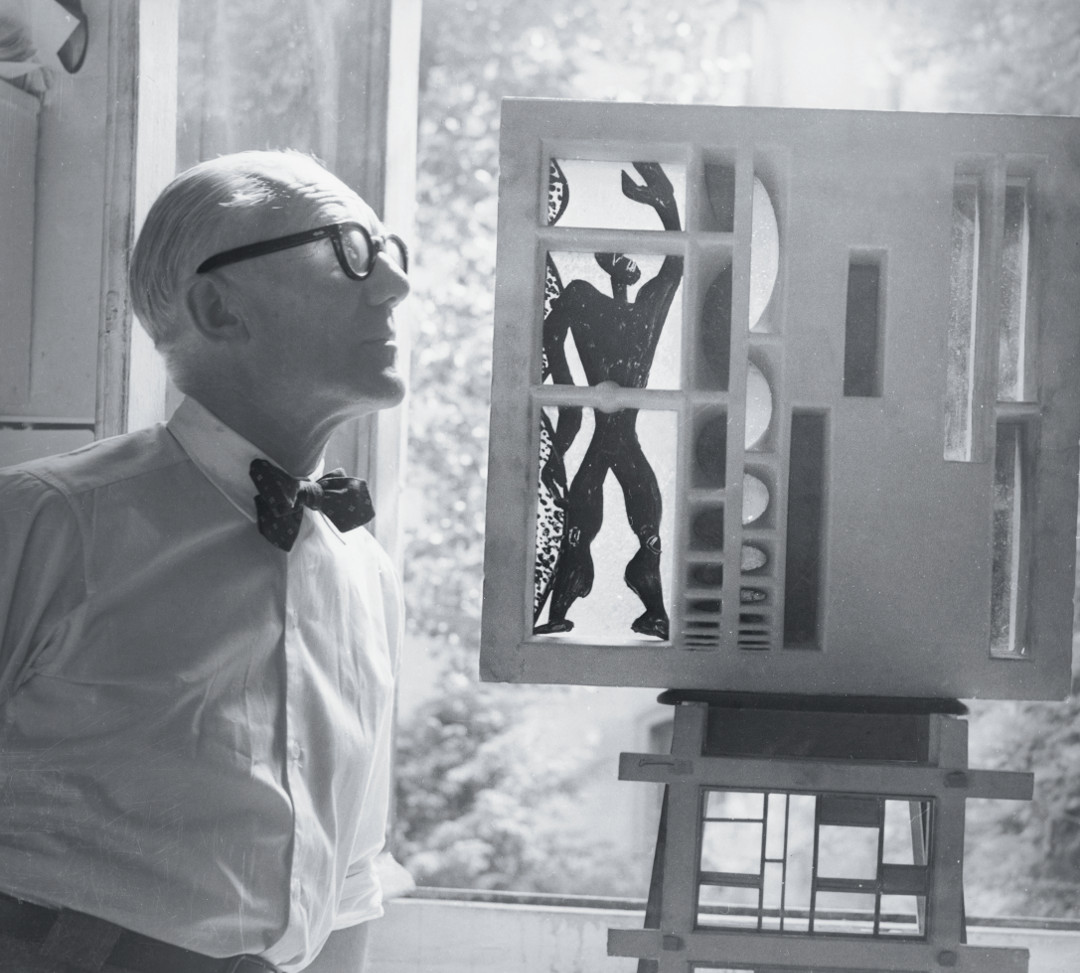 "In Le Corbusier’s vision, the human scale would henceforth determine every aspect of architecture, planning, and design from the width of city boulevards to the height of door handles, explains Cohen.”

But before he could get to work on those boulevards and door handles, Le Corbusier had to win over other influential sections of society. Few were more prominent at the time than Albert Einstein, the German-born theoretical physicist and author of the world-famous Theory of Relativity, who was born on this day, 14 March, in 1879. While visiting Princeton, New Jersey the following year as a goodwill ambassador for the French Ministry of Foreign Affairs he met Einstein.

“I had the pleasure of quite a long chat about the ‘Modulor’ with Professor Albert Einstein at Princeton,” LeCorbu recalled in 1950. “At the time I was very unsure of myself, and anxious, explaining myself badly, explaining the idea badly, getting bogged down in ‘cause and effect.’"

Indeed, at one point in the meeting Einstein took a pencil and started doing a calculation. "Foolishly I interrupted him, the conversation changed its course and the calculation went nowhere," recalled Le Corbusier. "The friend who had brought me was terribly distressed."

However an impressiion had apparently been made "That same evening Einstein kindly wrote to me of the ‘Modulor,’ ‘It’s a set of proportions that makes the bad difficult and the good easy,’ the architect is quoted in our book. "Some see this assessment as lacking in scientific rigor. Personally I find it extraordinarily clear-sighted. It’s a gesture of friendship from a great scientist to those of us who are in no way scientists, but rather soldiers on the battlefield.”

Of course, Einstein wasn’t going to commission any major city plans any time soon. However, Le Corbusier clearly believed that having the great man’s name attached to his idea undoubtedly boosted its value. 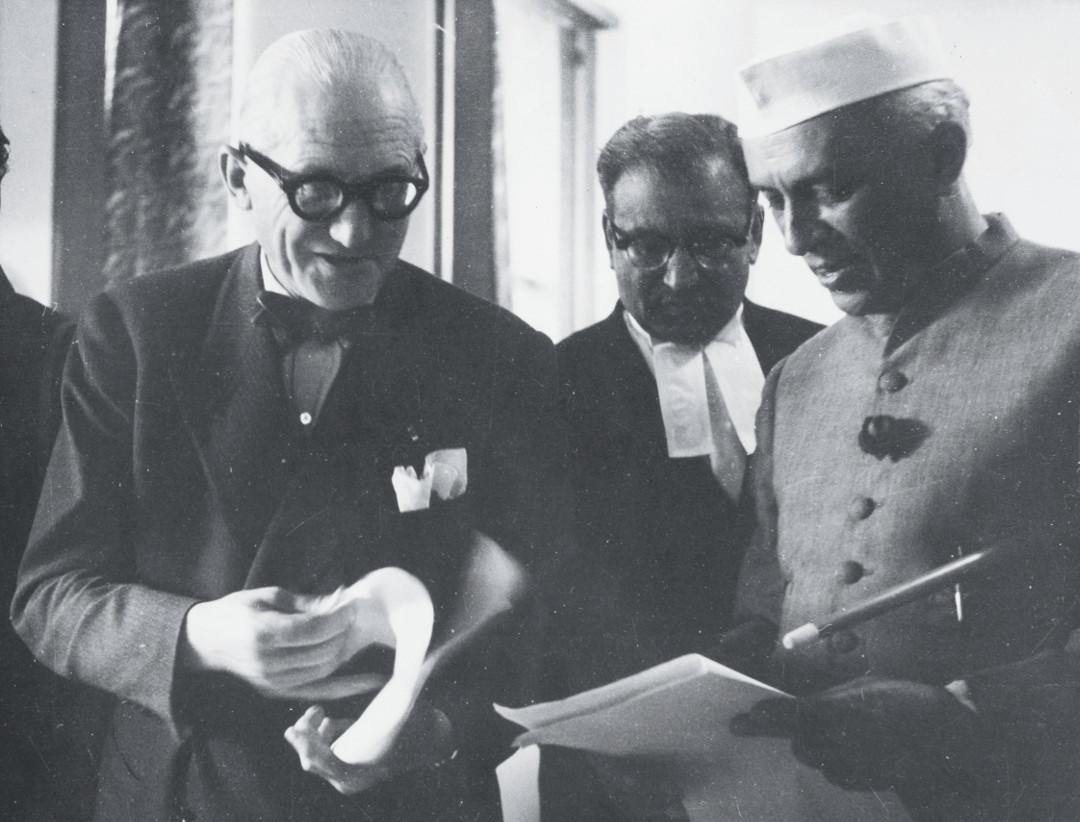 And word got around. In 1950, Le Corbusier also received a commission from Jawaharlal Nehru to build an entire city, Chandigarh, the new capital of the Punjab. It was the only complete city Le Corbusier would build, and owes a huge amount to the architect’s genuis - and maybe just a little to Albert’s too.