See pictures and plans by El Lissitzky, Sokolov and the Vesnin Brothers at The Design Museum's Imagine Moscow

John Pawson’s new West London home for The Design Museum is gearing up to celebrate the centenary of the Russian Revolution this March. Imagine Moscow: Architecture, Propaganda, Revolution is a major show championing the architects and designers of the period, and their unfulfilled dreams. So rather than the customary hammer and sickle imagery, the museum has collected together plans, drawings and designs for buildings that were never realized. 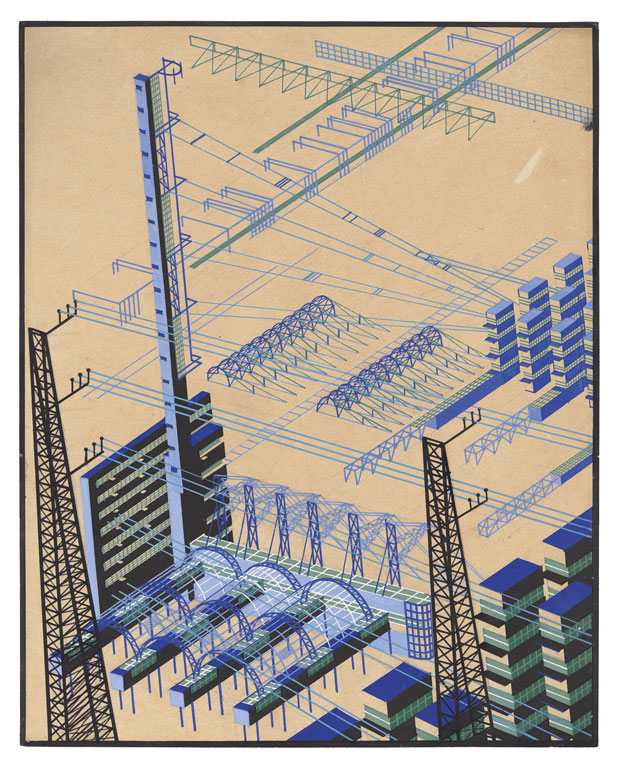 The half-a-dozen unrealised projects, dating from 1920 to 1932, are each related to one of the October Revolution’s big themes: collectivisation, urban planning, aviation, communication, industrialisation, communal living and recreation. 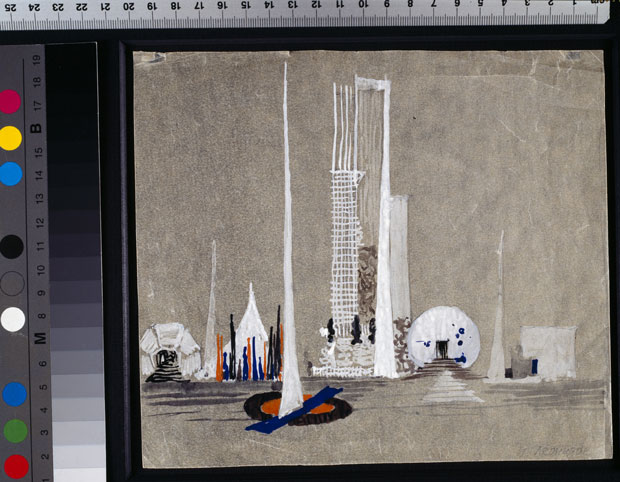 They are Nikolai Ladovski’s Communal House, EL Lissitzky’s Cloud Iron, Ivan Leonidov’s Lenin Institute, and Nikolai Sokolov’s Health Factory. Three competition entries for the ‘Narkomtiazhprom’ building by the Vesnin brothers, Ivan Leonidov and Konstantin Melnikov, and Boris Iofan’s winning design for the Palace of the Soviets. Also on show will be the architectural designs of Aleksey Schusev’s Mausoleum. 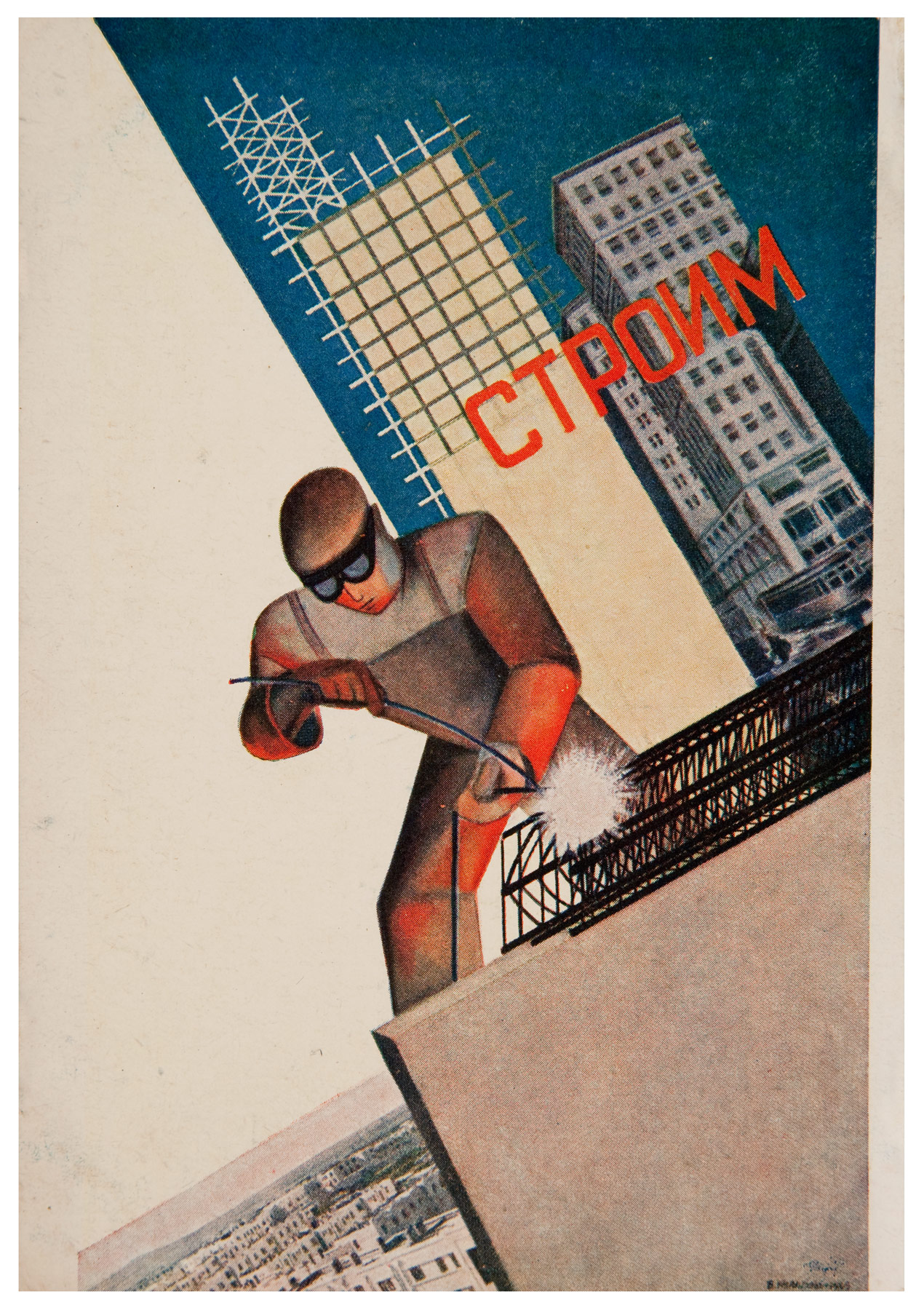 These structures were intended to sit near Moscow’s Red Square. “In the search of a new future, architects aimed to reinterpret the old idea of the city through new symbolism, new monuments and new institutions,” says curator, Eszter Steierhoffer. 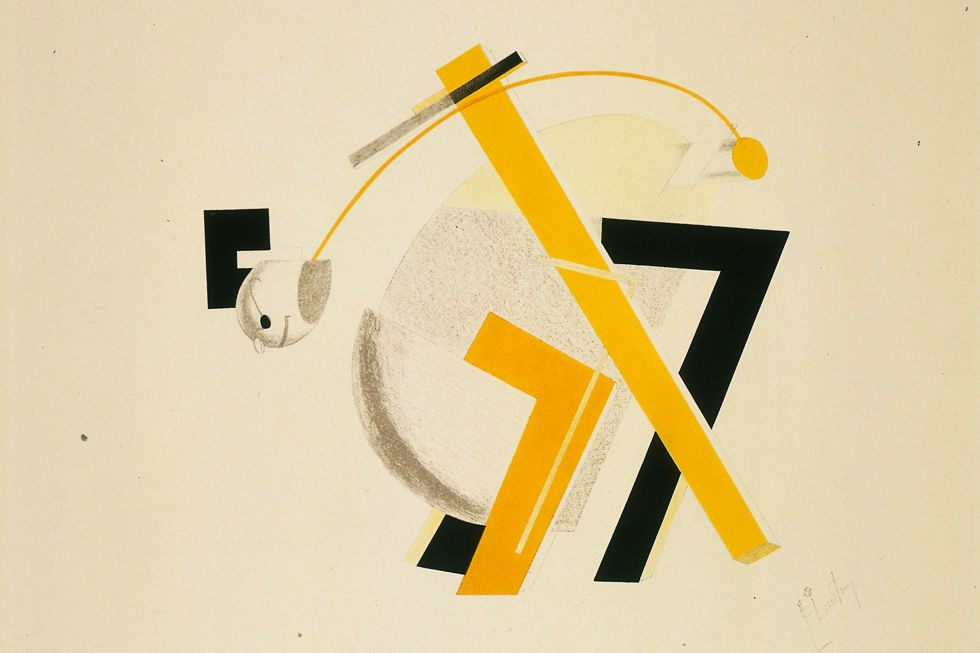 El Lissitzky, Old Man, His Head Two Paces Behind from The Three-Dimensional Design of the Electro-Mechanical Show 'Victory over the Sun', 1923, lithograph on paper. Van Abbemuseum, Eindhoven.

Playing a supporting role is a raft of graphic material – posters and magazines – displaying the strong imagery of the time. These are complemented by objects of art and design by the likes of Vladimir Klutsis, Alexander Rodchenko, Valentina Kuliguna and  Yakov Chernikov. Imagine Moscow: Architecture, Propaganda runs from March 15 - 4 June 2017. 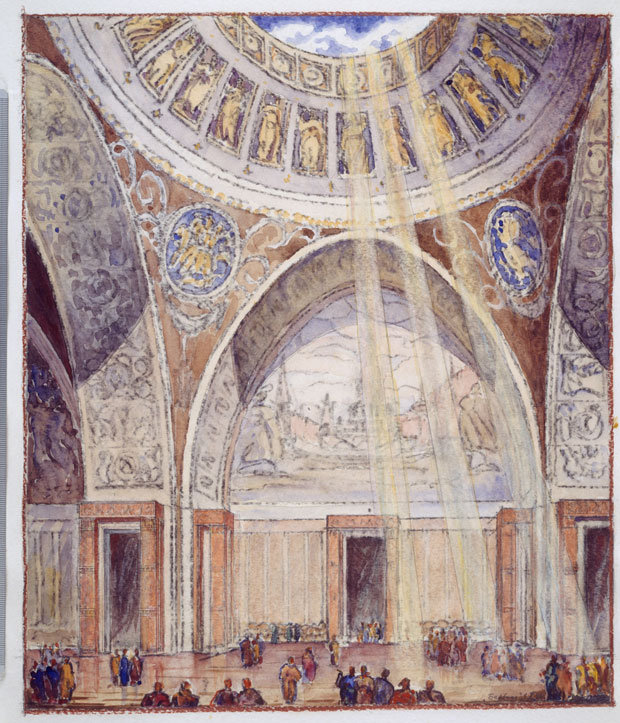 Check out our Design Museum books and stories here and our range of books and stories on John Pawson, the architect who reimagined it, here. And if you want to see some fine examples of Soviet-era brutalist buildings there are a good few in the rather wonderful This Brutal World.

Features the work of over 200 artists, from the famous such as Ai Weiwei and Shepard Fairey, to the anonymous influencers working through social media.

Richly illustrated with over 400 images, this is a visual guide to the most influential and highly politicised imagery of the digital age.

Explores themes and issues such as popular uprisings (the Arab Spring, the London Riots) social activism (marriage equality), and environmental crises (Hurricane Katrina), as well as the recent Je Suis Charlie protests Global in outlook, it features exciting work from emerging economies such as Brazil, Russia, China and the Middle East, as well as the US and Europe.

Liz McQuiston divides her time between graphic design practice, teaching and writing. Her publications include Women in Design: A Contemporary View and The Graphic Design Sourcebook, as well as Graphic Agitation, Graphic Agitation 2, and Suffragettes to She-Devils, published by Phaidon.

"An accessible and richly illustrated guide to the most influential and highly politicised imagery of the 21st century. Sounds good to me." —Huffington Post

"A tremendous amount of material from around the world since 9/11. All of it is carefully and accurately contextualised." —Eye

"Art and graphic design is driving social and political change in the 21st century [Visual Impact] uncovers common themes about use of technology and the role of the designer... The consumer now has to pick through a barrage of images and content to work out what is relevant and important – something this new book does in style... There's also a fascinating and very timely study of protest posters and artwork documenting the ongoing conflict in Syria." —Design Week

"Visual protest continues to be a vital part of any social movement... [McQuiston] makes an excellent case that trained and dedicated designers, artists and photographers are continuing to produce visual dissent of great inventiveness and power... An immensely thorough selection of international projects." —Creative Review