Famous the world over for his black and white photographs of Churchill, Che Guevara, and Picasso among others, the legendary Swiss Magnum photographer lays open his lifelong archive of colour photographs for the first time

One of the many great things about working at Phaidon (and we include among them the high-octane coffee pulled by our onsite barista, Tony) is popping down to reception and spying the test copies of the latest books that have just arrived, box fresh, from our printers. This morning there was a fiercely-guarded stash of a book that phaidon.com has been eagerly awaiting for some months now - René Burri's Impossible Reminiscences.

The title comes from an HG Wells short story but if you've been lucky enough to meet René - maybe at one of his book signings over the years - you'll understand that it's also a wry acknowledgement of how his colourful, witty conversation flows. René's led an incredible life and, accordingly, is full of such wonderful stories it's sometimes hard to digest the sheer amount of world events he's witnessed and photographed and the wonderfully labyrinthine stories he tells about them.

Impossible Reminiscences brings together for the first time ever a revelatory collection of the colour work he's shot over the years - but, until now, kept to himself - along with some poignant, some funny, some quite shocking, memories associated with them. As René says on the back cover, "I have led a life as a photographer - one in black and white and one in colour."

At the tail end of last summer, phaidon.com spent an enjoyable day with René at his Paris apartment, making videos with him and chatting through the stories behind the photos. We'll be rolling them out over the next few months as the publishing date of Impossible Reiniscences approaches. For now, though we'll share some iPhone shots of a couple of the book spreads and a few explanatory words from the man himself. Bear in mind the shots were taken on a phone so the reproduction here is obviously nothing like the quality in the book. We'll be demonstrating that in the coming months. 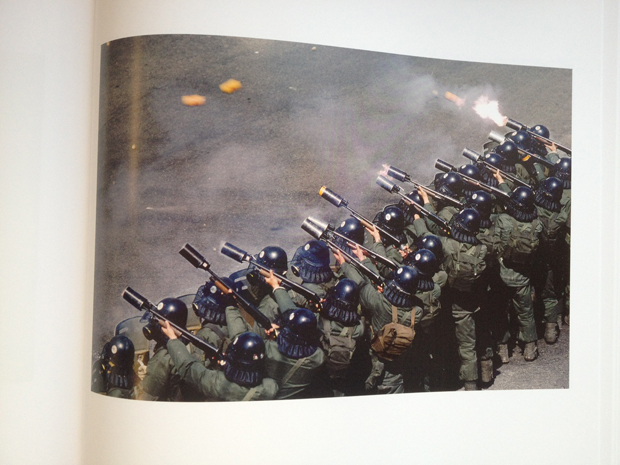 Seoul, South Korea, 1987 - "Near the university there was a hilltop within the square. During the student riots the scene looked like a medieval battle with the police clad in special helmets and positioned in lines. The conflict was continuous, raging back and forth. The students, who were inside the university gates, would attack armed with stones and Molotov cocktails, and the police, including armed personnel, would retaliate. Detached from the action, it seemed like a ritual or a Kurosawa film, or even a ballet. Finally, at six o'clock, the action stopped. Then the leaders came together, bowed to each other and said, 'Until tomorrow.' Like a film set, action was over for the day." 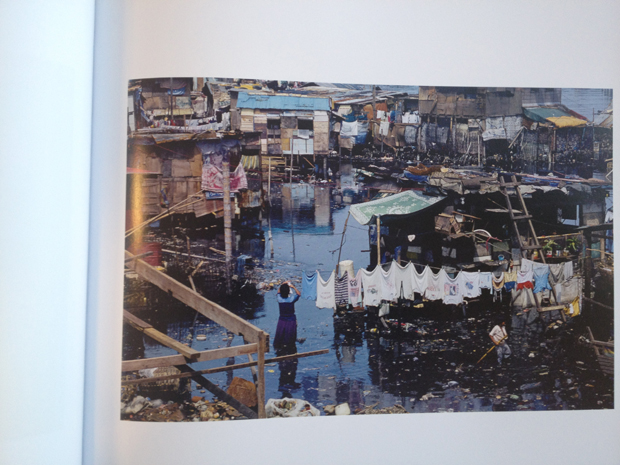 Manila, Philippines, 1988 - "I was in the Philippines working on a story about the president, Corazon Aquino. We did quite a good piece, however, it was during a time that really felt like the end of an era of big stories and photojournalism. Journalists and photographers were starting to go places, take a few pictures and then spend the week on the beach. We have a whole generation who exploit humanity for their own benefit. But I said, 'No, no I want to see it. I'm here!' So while it's unrealistic to think you can change the world you can do your bit: it starts with children, people in your own orbit. Photography is nothing; it's the way you feel and express yourself that is important. This means drawing attention to something, saying 'look at this' - not exploiting it, but going beyond yourself - it's sharing." 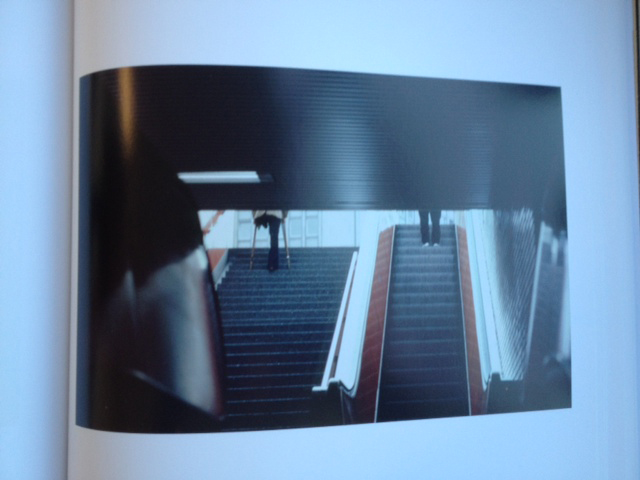 Essen, West Germany, 1980  - "The irony of this scene was fascinating  - the guy with one leg used the stairs while the other one took the escalator."

More on René Burri's secret life as a colour photographer