When you picture Robert Capa, what do you see? His most famous series of shots must be the Omaha Beach landing photographs, taken on 6 June 1944, while his single most commonly reproduced image is The Falling Soldier, his 1936 picture capturing the death of a single Republican rifleman.

These were shot on black-and-white film, as were almost all the photographs published published during the 20th century photographer and Magnum founder's brief, brilliant career. However, a new exhibition, opening at New York's International Center of Photography, on January 31st next year introduces a new aspect to Capa's work. 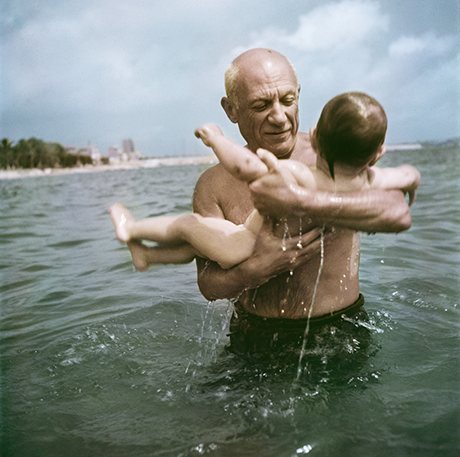 Pablo Picasso with his son, 1948, from Capa In Color

Capa In Color brings together 125 colour photographs taken by Capa during his all-too-short career; the earliest was shot in 1938, while the final images date from 1954, the year Capa died while covering the war in Vietnam, aged 40.

The exhibition has been assembled by the ICP curator, Cynthia Young. She believes there are 4,200 colour images shot by Capa in existence, despite him having made his name with monochrome. Of course, most professional photographers of Capa's generation were slow to adopt colour film. Still, Young believes Capa's unduly monochromatic public profile could have something to do with how he first found fame.

"One of the reasons that we haven't seen this work of his before is that for the most part they don't represent the big, heroic events which he was known for," the curator tells The Guardian. "After his death, it just seemed such an anomaly that this great black-and-white master should have done work in colour. That's why this was forgotten." 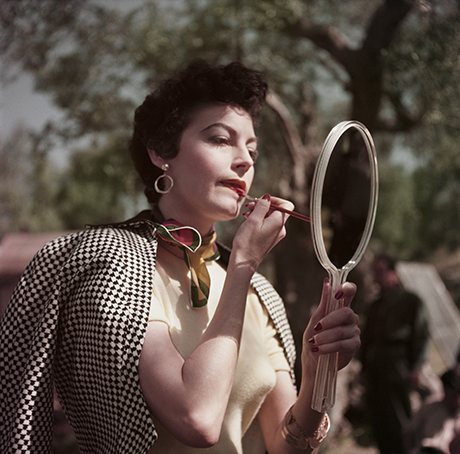 Ava Gardner on the set of The Barefoot Contessa, Tivoli, Italy, 1954, from Capa In Color

Indeed, these shots, more genteel than his war photography, prove just how versatile and skilled a photographer he was - as adept in capturing a soldier's plight as a film star's grace. Find out more about the exhibition, which runs until 4 May 2014, here. Meanwhile, for another great photographer with an unexpected colour archive, take a look at the wonderful René Burri's Impossible Reminiscences. Buy it from the people who made it, here.

More on A rare chance to see Capa in Colour