Renowned artists share their recipes in our new book, The Kitchen Studio, including this tasty slice of sourdough from Olafur Eliasson that looks a lot like one of his works

If you’ve always suspected that art and food make for a great pairing, then you should really get The Kitchen Studio. In this new book, we’ve collected together 100 recipes from world famous artists, including Vik Muniz, Kiki Smith, Kehinde Wiley and Danh Vo.

On most pages, the artist has not only shared the details of their dish, but also offered a little background as to why they chose it, and they've provided a fun, engaging visusal depiction of the recipe too.

A few have contributed traditional recipes; others have put in something they like from a favoured cookbook; and in a few cases the artist has worked food deep into their daily practice, to such a point, it’s hard to tell where the kitchen ends, and the studio begins.

Olafur Eliasson is such an artist. His studio in Berlin has its own dedicated kitchen team, who create climate-conscious food, and sometimes pass the leftovers on to the artist. “They are involved in experiments that bring excitement to the studio work, such as turning vegetables into pigments for a new series of ecologically infused watercolours,” explains Eliasson in the new book.

To prove his point, Eliasson’s studio created a multicoloured circular piece of sourdough dressed with these pigments, which looks more than a little like the artist’s circular Colour Experiment works.

To make his studio’s sourdough, you’ll need 100g of rye flour, 500g of strong white bread flour, 125g wholegrain spelt flour, 50g of sourdough starter, as well as 18g of salt, some water, and quite a bit of time.

On day one of this three day recipe you feed your sourdough. In a bowl, mix the starter with the rye flour and 100ml warm water. The idea is to make enough for the recipe while keeping some aside as your starter for next time.

Divide the resulting dough into two portions: 100g and 150g. Use the 100g portion for the recipe and let it rise in a bowl covered with a clean dish towel at room temperature for approximately 12 hours (maybe less in the summer and more in the winter).

Put the remaining 150g portion into a jar with a lid. Both portions should double in size. Use the 100g portion for baking the next day. Keep the 150g portion in the jar in the refrigerator for next time.

On day two mix that 100g starter with the rest of the ingredients in a large bowl for about 8 minutes. Cover your bowl with an airtight lid and let it rest for 90 minutes. After 90 minutes, it’s time to begin folding the dough. At this stage, you will work in the bowl. Dip your hands in warm water, grab the underside of the dough, stretch it and fold it back over itself. Rotate your bowl one-quarter turn and repeat 3–4 times. Repeat this every 30 minutes, 3 times.

Then flour your work counter. Now take the dough out of your bowl: slip a spatula under the dough and flip it onto the floured counter. Pull the bottom of the dough up to fold into one third of the round. Pull each side and fold over the centre to elongate the dough vertically. Fold the top down to the centre and then fold the bottom up over the top fold-down, leaving the seam underneath. Let the dough rest for a few minutes, seam-side down, so that the seam seals. Roll the dough into a ball, turn and put it upside-down in a well-floured proving basket (or in a sieve lined with a clean, well-floured dish towel). Overnight, keeping the dough in the basket, let the dough rest in the fridge. 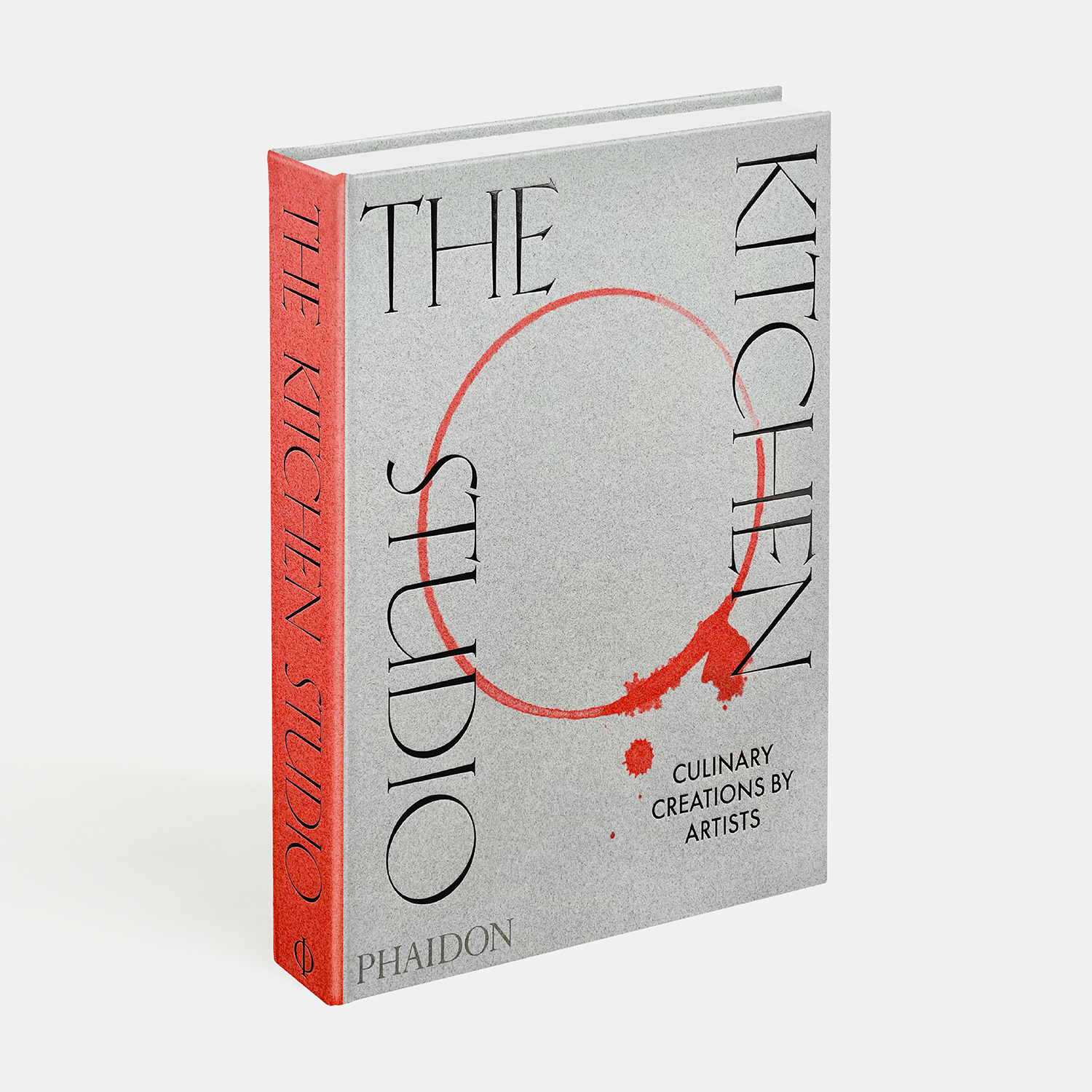 Finally, on day three preheat the oven to 250°C (480ºF). Place an ovenproof pot (with the lid on) in the oven to heat and, when fully heated, carefully place the pot on a heat-proof surface, take the lid off, carefully flip your bread upside-down into the pot and cut your signature into the dough using the tip of a sharp knife (to allow the bread to rise properly).

Put the lid back on and place the pot in the oven. Bake for 45 minutes. Remove the lid and let the bread bake for another 10 minutes. If you keep the high temperature, the crust will turn dark brown. If you lower the heat a bit, the crust will be lighter. Take your bread out of the oven, remove it from the pot right away and place it on a cooling rack. For a more detailed version of this recipe, as well as much more besides, order a copy of The Kitchen Studio here.

The Kitchen Studio: Culinary Creations by ArtistsPhaidon Editors, with an introduction by Massimo Bottura

Creativity doesn't stop at an artist's studio door - for many, it continues into the kitchen. For the first time, more than 70 artists, including Ghada Amer, Jimmie Durham, Studio Olafur Eliasson, Subodh Gupta, Nikolai Haas, Jeppe Hein, Carsten Höller, Dorothy Iannone, Ragnar Kjartansson, John Lyons, Philippe Parreno, Nicolas Party, Zina Saro-Wiwa, Tiffany Sia, and Rirkrit Tiravanija, and others, have been invited to share and illustrate a recipe of their own. These are either the best culinary concoctions they have ever invented, or an especially meaningful dish. The result is an exciting range of contributions spanning all manner of meals and drinks, both savory and sweet, from around the globe, brilliantly brought to life by a wealth of sketches, photographs, collages, paintings, and personal snaps.

Many of the culinary creations included are achievable by adventurous home cooks, but the pages include an incredibly diverse array of dishes from the conceptual to the personal, the elaborate to the simple, the sweet to the savory, and from the serious to the funny to the downright bizarre. With an introduction by the globally celebrated chef and art enthusiast Massimo Bottura, this is an intriguing and entertaining gift for food lovers and contemporary art enthusiasts alike.

Massimo Bottura is the chef patron of Osteria Francescana, a three Michelin star restaurant based in Modena, Italy. Massimo grew up in Modena and developed an interest in cooking from a young age after watching his mother, grandmother and aunt in the kitchen preparing family meals. In 1986 he left a law degree to open his first restaurant and subsequently went on to develop his love of food with stages for Alain Ducasse at Louis XV in Monte Carlo and Ferran Adriá at elbulli. He opened Osteria Francescana in 1995. He is the author of several bestselling cookbooks for Phaidon, including Never Trust a Skinny Italian Chef.

'With an introduction by chef Massimo Bottura, this book brings together personal recipes (with fascinating doodles, paintings and iphone snaps) from more than 70 artists... Is it a cookbook or an artbook, asks Bottura. Both.' - Financial Times, How to Spend It

'A unique exploration of the culinary imagination and creativity of a stellar array of international contemporary artists.' - Design Milk

'Part cookbook and part art tome... there's something for everybody.' -Cool Hunting

'Visual humor runs throughout... [The Kitchen Studio] is more about ideas than recipes.' - Publishers Weekly

'Featuring recipes, rants, illustrations, and photographs... [the] spreads by each artist are as much self-portraits as they are recipes.' - Ocula

'Whether you think cooking is an art or a craft, you'll snag a little inspiration from this book.' - Plate

'Indulge in a visual feast with Phaidon's irresistible pairing of fine art and food.' - Forbes

'For a creative holiday dinner, try these recipes.' - artnet

'The Kitchen Studio captures the artistic impulse to experiment - with food as the medium.' - Galleries West

More on Embolden your breakfast table like an artist 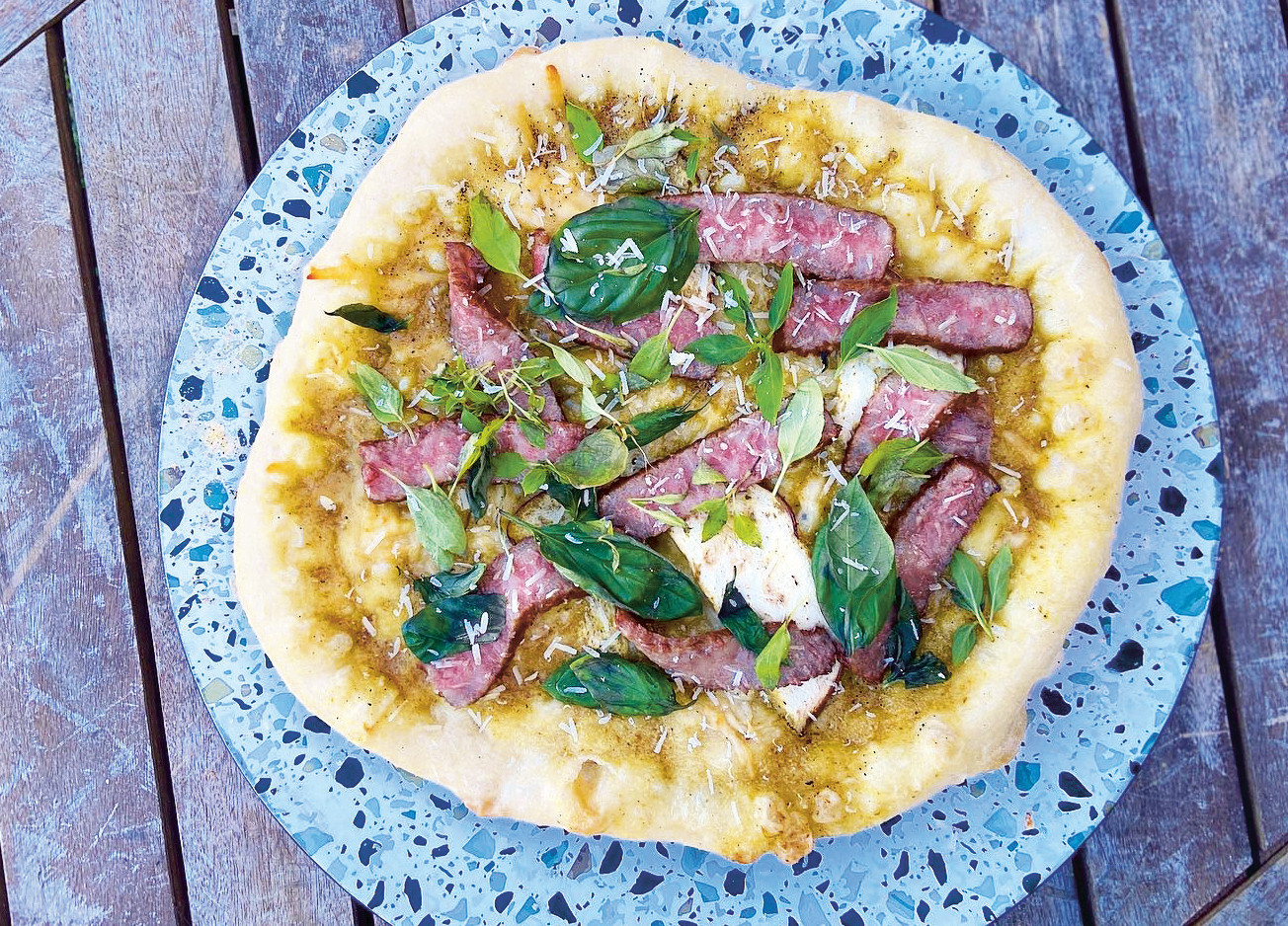 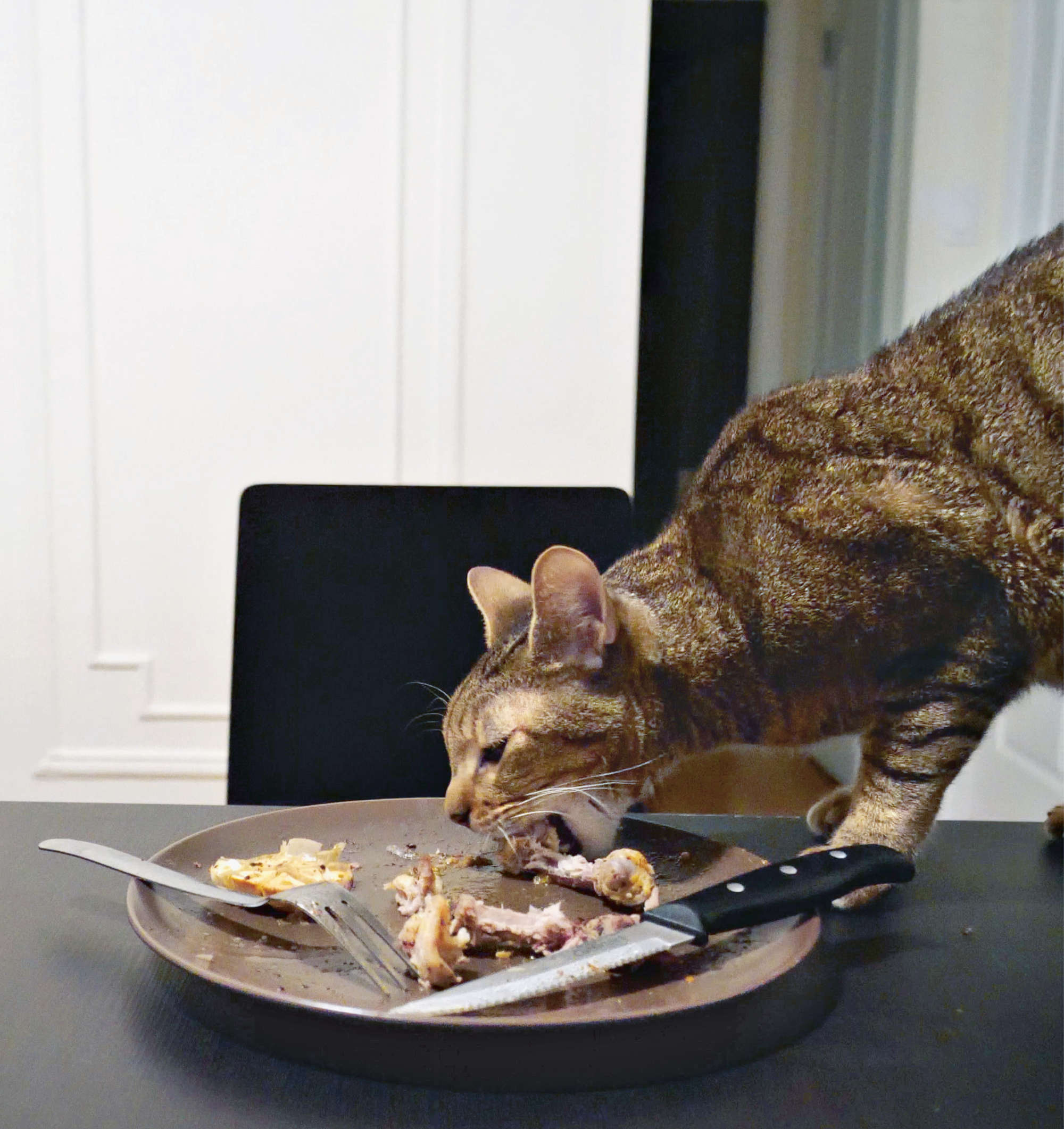 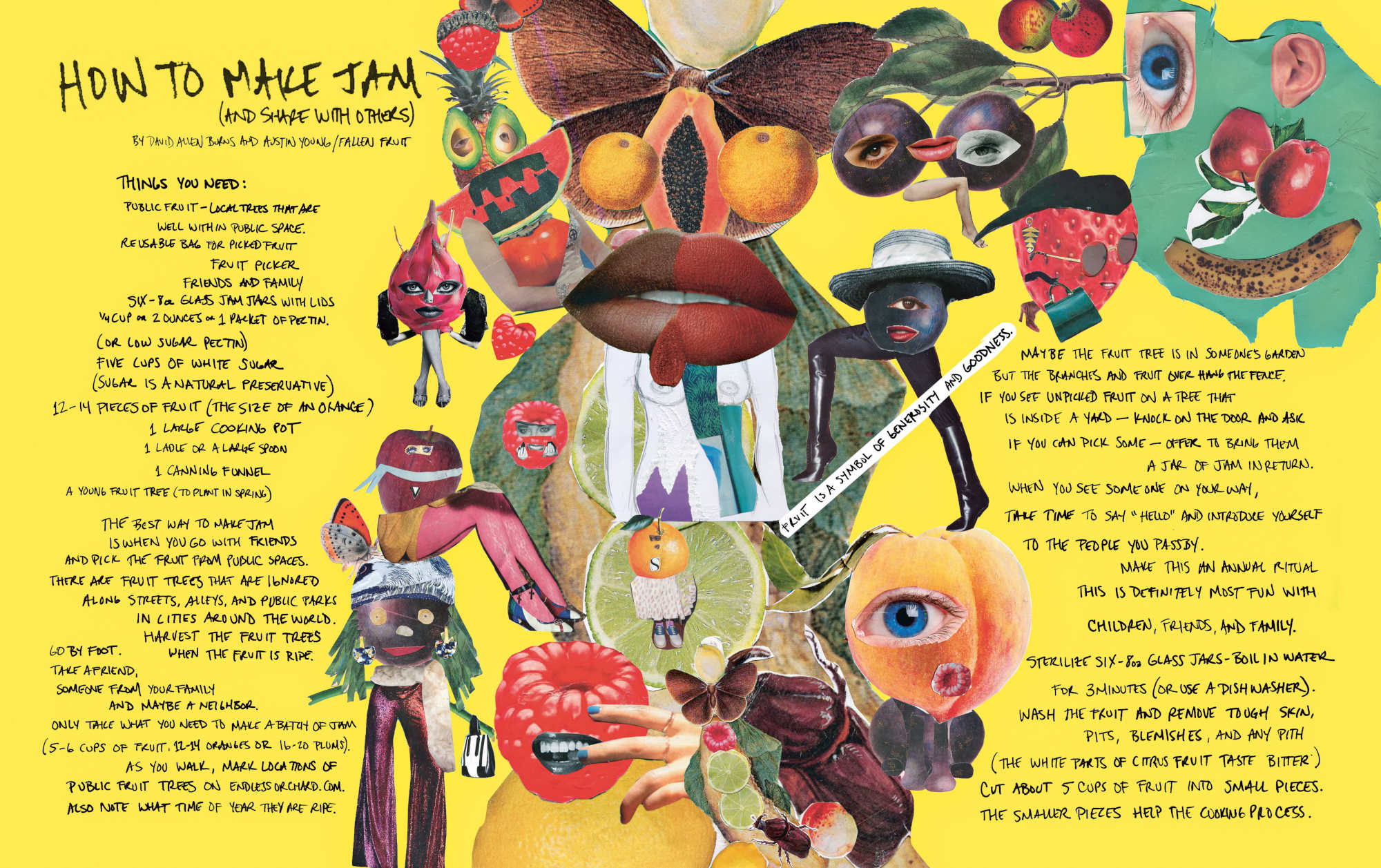 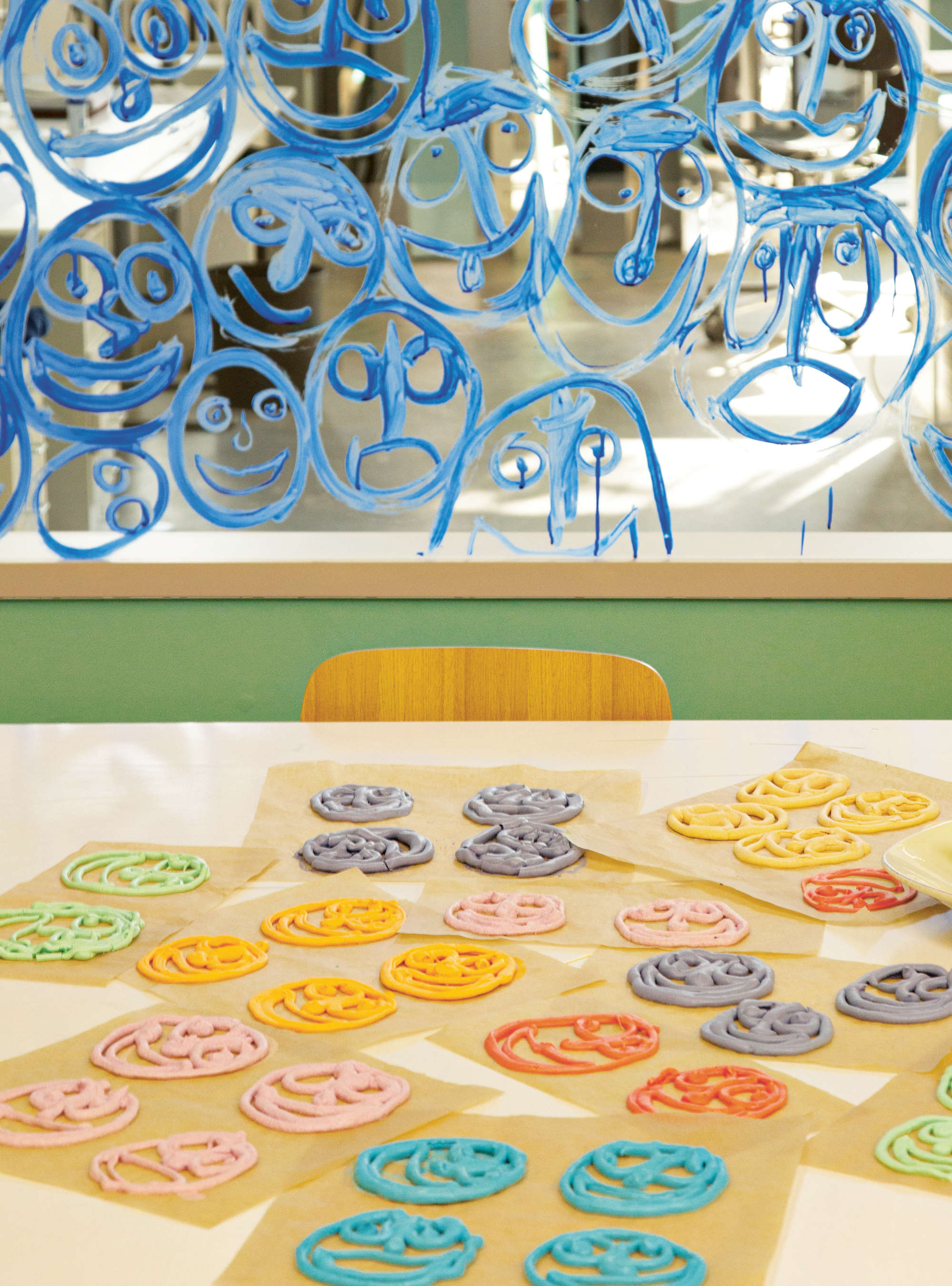 Put a smile on your plate, like an artist 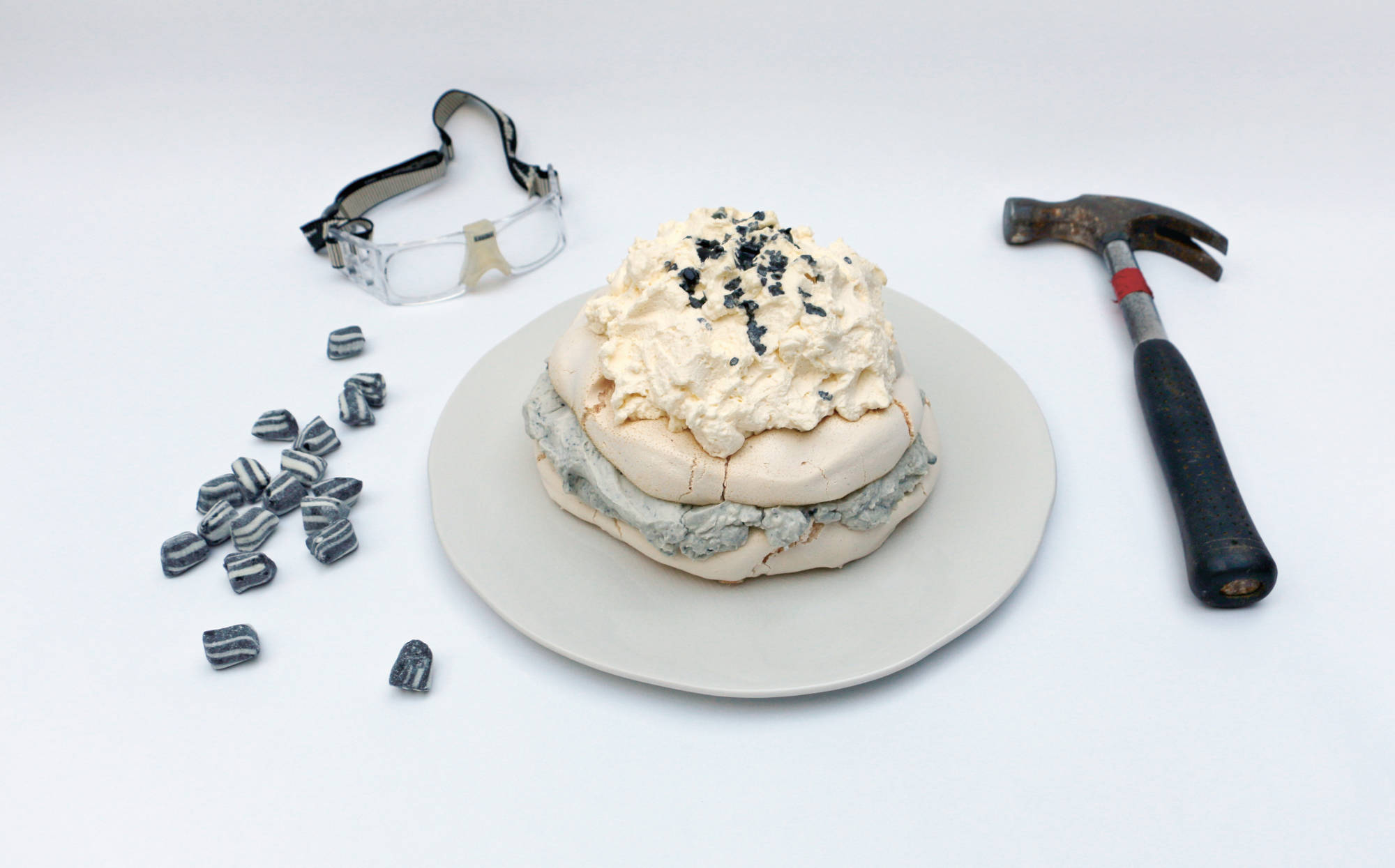 Hammer out something sweet (the way an artist would) 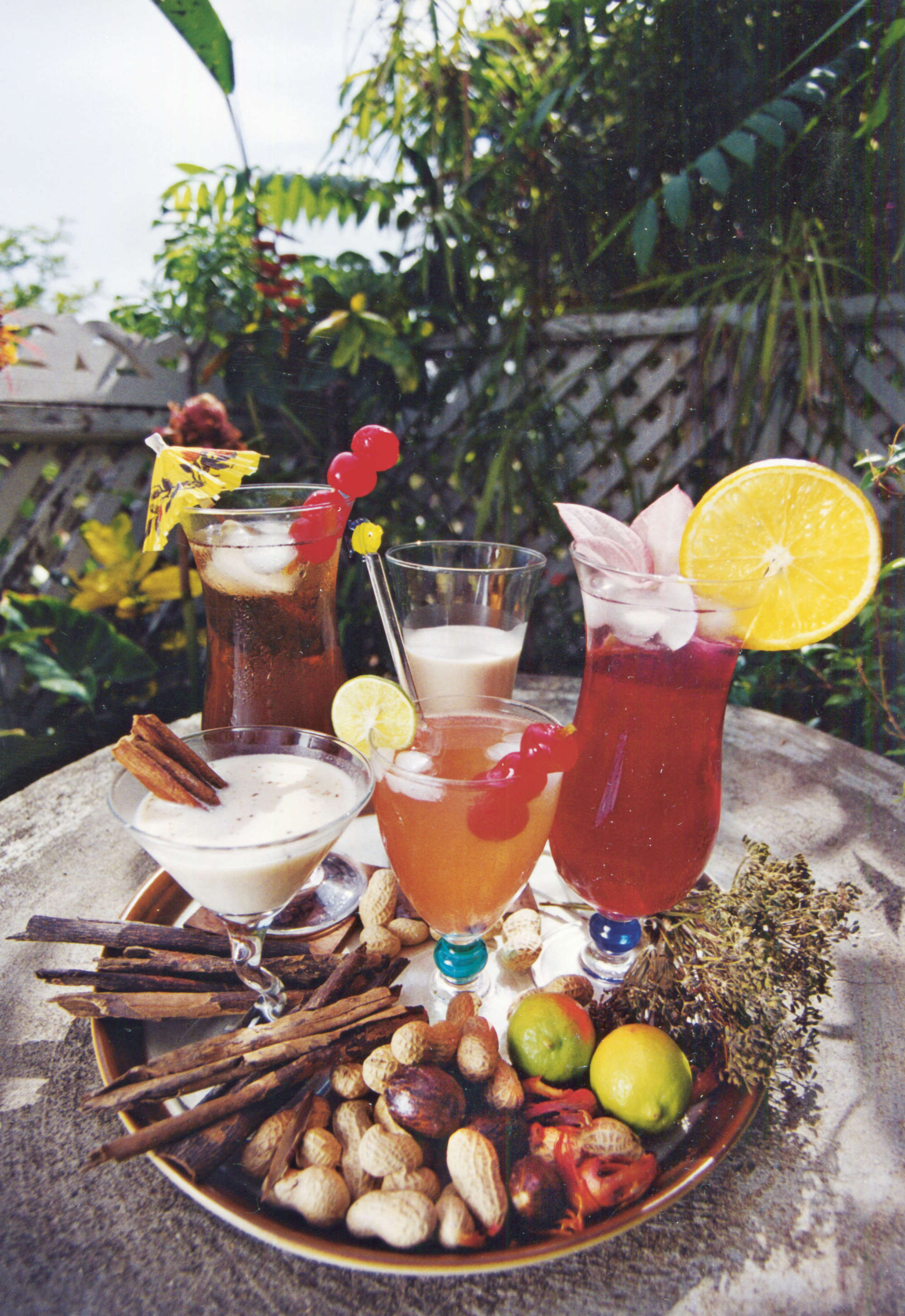 This is how you can mix drinks like an artist