Nobody talks about food and music quite like Darin and Greg Bresnitz. The brothers have been overseeing their hit US podcast Snacky Tunes since 2009, bringing together musicians such as Dev Hynes with chefs such as Dominique Crenn, to talk about the crossovers between the culinary and aural arts.

Later this week Phaidon will publish the print incarnation of the show, an all-new series of 77 interviews, playlists and recipes with 85 of the greatest chefs from around the world, in which they describe the ways the music has shaped their lives and work.

Care for a taster? Well, Greg and Darin discussed the creation of the book and their careers to date with Frieze’s publisher frieze publisher Rebecca Ann Siegel, as part of the magazine’s Sessions series of online discussions. Here are a few things we learned from the talk.

Darin and Greg partly thank the 2008 credit crisis with the recent rise of food within popular culture Back when the Bresnitz brothers started out in the business, chefs and restaurants hadn’t quite the same cultural currency as songs and musicians. Darin recalls the rise of food within contemporary culture roughly coinciding with the credit crisis and attendant recession of 2008. ““Right before the recession, food exploded into the cultural scene,” he says during the talk. “Then afterwards it got even more popular; people had these second careers; the rise of food trucks made it more accessible; and there was also the rise of social media." 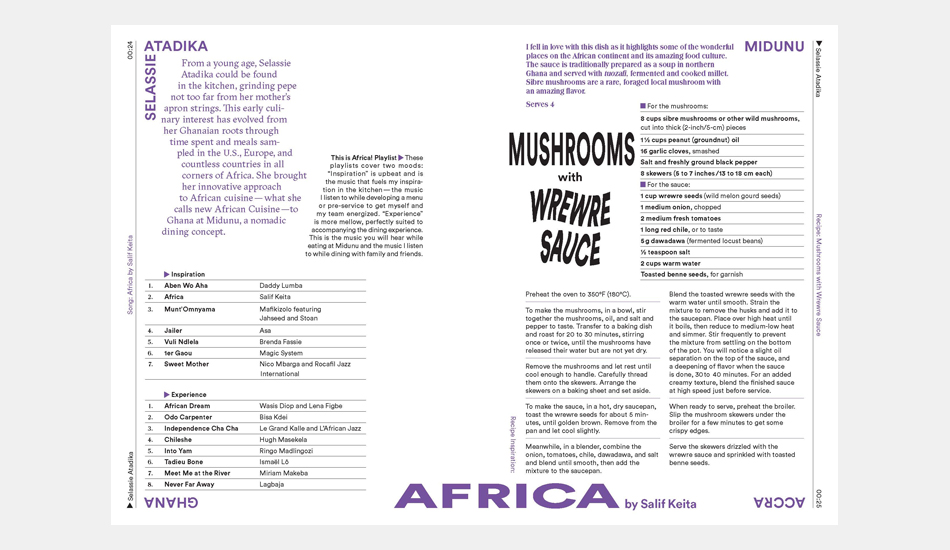 Darin and Greg didn’t realise they were podcasters for quite a while Though the brothers had been working in food media for some time (Greg had been hosting radio shows since he was 18, and Darin first began interning at a food TV show back in 2001), they hit upon their winning recipe for culinary audio when Brandon Hoy, the co-founder and co-owner of Roberta’s, Brooklyn's beloved pizza restaurant, informed them that he planned to put an internet radio station in the back of his place. in 2009, the brothers pitched a show, and began broadcasting. “We were a digital radio show, where everything was archived,” says Greg. “Then around episode 200 we woke up and realised we were podcasters.”

The book isn’t a simple transcript of earlier interviews, but instead is all fresh (and at some points very moving) material Darin and Greg worked incredibly hard to bring out the best music stories out of chefs profiled. They’re especially proud of the tales told by Ben Shewry and Alex Atala, for example. However, Greg singled out Darin’s interview with the South Carolina chef Sean Brock, for particular praise.

In the book’s interview, Brock described how his love for the music of the country singer-songwriter Jason Isbell, helped him through rebab. Patients aren’t allowed phones or music in rehab, but Brock persuaded one of the nurses to print out the lyrics to Isbell’s 2013 song, Cover Me Up, and used that text as tool the help get over his alcohol dependency. “I only read that story when we were copy editing the book,” says Greg, “but I just lost it.” 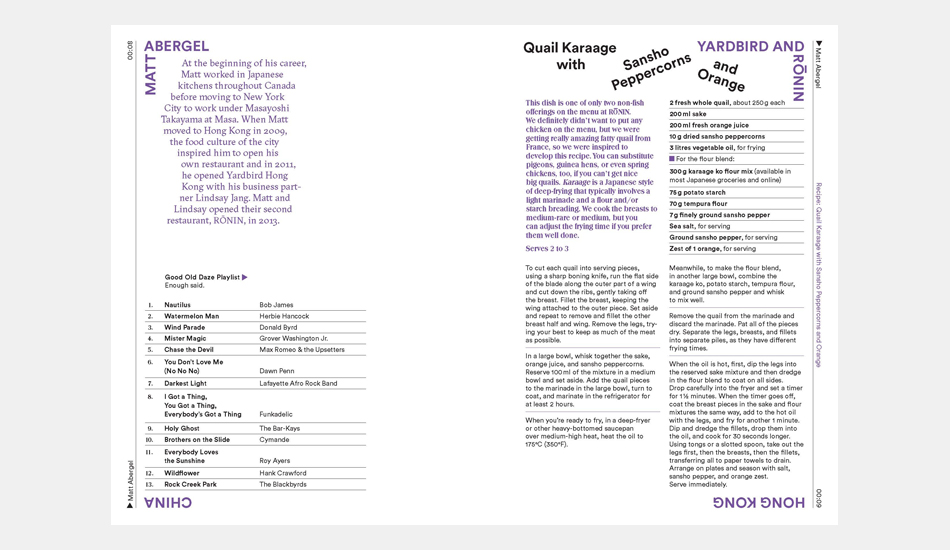 Even if you’ve a huge record collection, you really won’t have heard of all the music covered in this book's playlists There’s Bollywood tunes and Russian pop, 90s hip-hop, bossa nova, afro-beat, and 19th century French piano compositions in among the chefs’ playlists. Greg and Darin were careful to ensure the submissions would be quite varied, but even they were surprised by the diversity. The brothers had worked as club DJs prior to their podcast career, yet even they say they’re familiar with around one in ten of the records chosen. “I would be very impressed if anyone could go through this book and go ‘I know 40 per cent of these artists’” says Greg.

Of course, to have all those playlists, recipes and stories at your fingertips (or stacked on your bookshelf), you can order a copy of Snacky Tunes here.