Never underestimate the power of communal enjoyment, whether you’re singing into a microphone in front of thousands, or sharing a few biscuits you’ve just pulled out for the oven. “For me, cooking and baking is about connecting with people and sharing what you’ve put your heart into with the people you love,” says the Beard Award–winning Pastry Chef and creator of the Cronut, Dominique Ansel, in Snacky Tunes, a deep and delicious investigation of the musical and gastronomic arts, from the team behind the podcast of the same name. “In that moment, when you see someone take a bite of something you’ve just made and they smile, you know you’ve done your job,” the chef goes on. “So, this playlist represents that — what I would play if I were cooking or baking for the people I care about most. Whether it’s sitting around the dinner table, enjoying cookies that just came out of the oven, or sharing madeleines that are still warm when you take a bite.”

Ansel might have shaken up the pastry business when he combined the croissant with the donut, but his playlist, which is published in our new book and available to stream via Spotify, is filled with classics, by such familiar singers and musicians as NIna Simone, Frank Sinatra, Nat King Cole and Bobby Darrin.

These selections from the Great American Songbook, weren’t necessarily obvious choices for someone such as Ansel, who grew up just outside Paris. Yet the French baker says the songs actually helped him pick up a second language.

“Some of the first English words I learned were from listening to American songs growing up, everything from soul and rock ’n’ roll from the ’70s like Marvin Gaye to ’80s and ’90s pop music,” he says. “ Since I grew up outside of the U.S., the American songs I remember hearing were always several years delayed from what was actually current on the radio there. Most of the time, I knew the lyrics in English before I knew what they actually meant.”

The English language proved crucially important when Ansel relocated to the US, and the power of music also helped with the punishing schedule a star chef often faces. “During the height of the Cronut, when I was working twenty hours a day, there was a line of 150 people around the block, and life never felt harder,” he explains. “My girlfriend got me a vinyl copy of “What a Wonderful World” by Louis Armstrong. I remember just sitting there, after an entire day and night on my feet, listening to it play and feeling instantly better.”

While no one is suggesting Snacky Tunes readers should spend 20 hours in the kitchen to recreate Ansel’s cookery. However, our new book does include a recipe for his inimitable extra silky pumpkin pie, just in time for the autumn. “For Thanksgiving each year we make hundreds and hundreds of this Extra-Silky Pumpkin Pie,” the chef says in the new book. “It has become a tradition of ours and for our guests to celebrate the holiday together. We triple-strain the pumpkin filling so it becomes silky smooth and custard like, and it goes perfectly with the gingerbread spiced pie crust with fresh whipped Chantilly on top.” Here's how you make it. 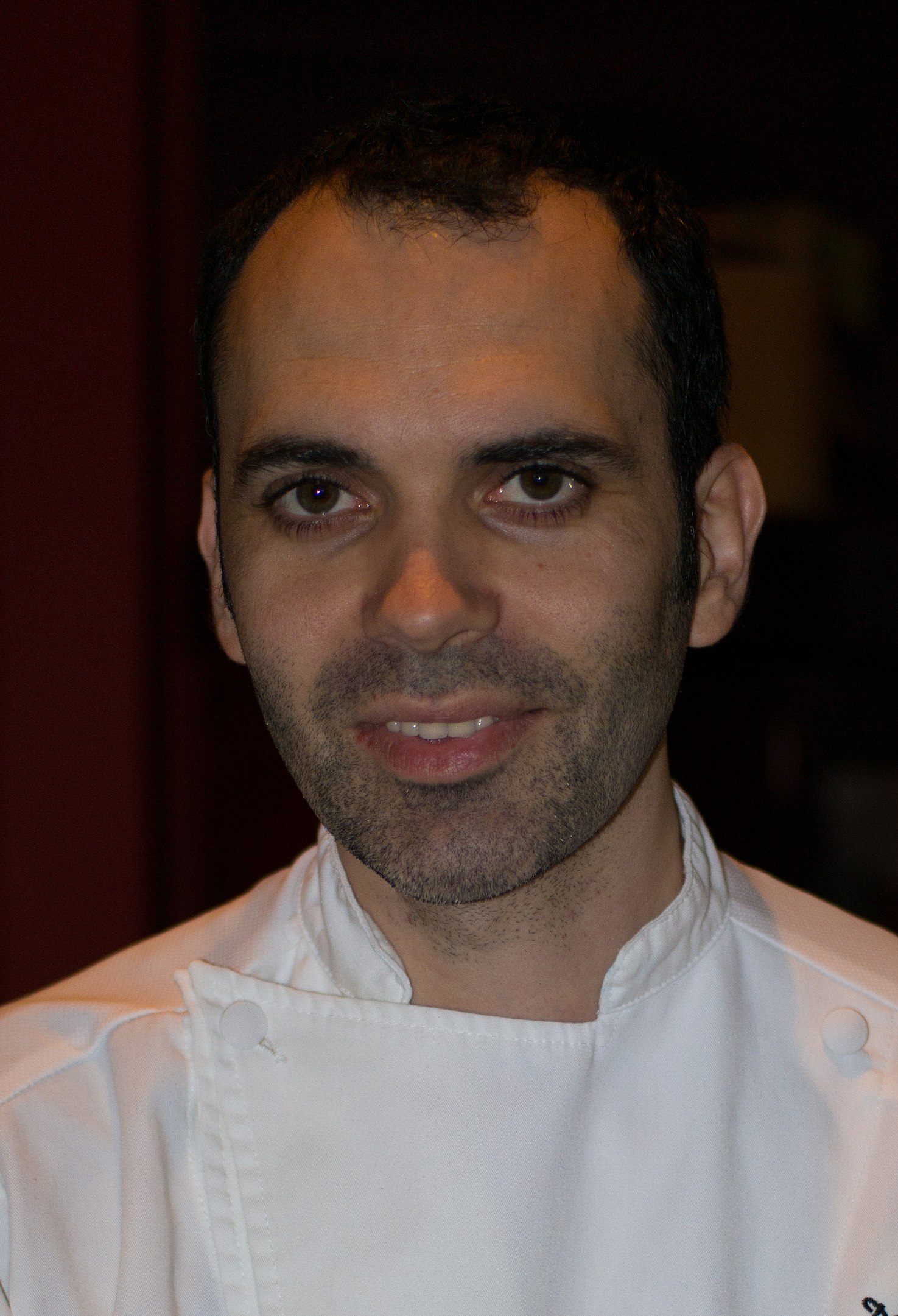 To make the dough, in a stand mixer fitted with a paddle, cream together the butter and brown sugar on medium-low speed until light and fluffy, about 3 minutes. While continuing to mix, stream in the lemon juice, followed by the milk and vanilla, and beat until evenly combined.

In a bowl, whisk together the flour, cornstarch (cornflour), baking soda (bicarbonate of soda), salt, ground ginger, grated ginger, cinnamon, and nutmeg until combined.
With the mixer on medium-low speed, add in one-third of the dry ingredients until combined. Repeat with the next third, then the final third. Scrape down the sides of the bowl and transfer the dough to a sheet of plastic wrap (cling film). Form the dough into a rectangle no more than 1⁄2 inch (12 mm) thick, wrap in the plastic, and chill in the refrigerator for at least 1 to 2 hours.

Remove the dough from the fridge. Divide in half. (This recipe makes 2 pie crusts, so you can keep one half wrapped in plastic in the fridge for up to 3 days or freeze for up to 3 months.) On a lightly floured surface, roll out the dough into a 14-inch (35-cm) round.

Transfer to a pie plate, gently pressing down into the corners and up the sides. Trim away the excess dough using a paring knife, leaving a 1-inch (2.5-cm) overhang around the edge. Fold the edges unde then form a fluted edge around the rim with your fingers. Lightly pierce
the bottom surface of the dough with a fork. Chill or freeze the pie shell in the pie pan until ready to bake.

To make the pumpkin custard, in a large mixing bowl, combine all the ingredients. Blend with an immersion blender until smooth and creamy. (You’re looking for an even, smooth custardlike filling without any lumps. We triple-strain ours.)

To assemble the pie, pour the custard into the already-baked and cooled pie crust and fill to just below the top. Bake for 20 to 35 minutes. Check for doneness after 20 minutes; the pie is done baking when a paring knife inserted into the center of the pie comes out clean. Let cool on a wire rack, then chill in the fridge. Serve with a dollop of fresh whipped cream on top.

Order a copy of Snacky Tunes here; and to listen to Ansel’s full playlist, go here.

Snacky Tunes: Music is the Main Ingredient, Chefs and Their MusicDarin Bresnitz and Greg Bresnitz

More on Want to cook like Dominique Ansel? Here’s the music to help you