In 2015 Alex Atala became the first Brazilian chef to have a two-star restaurant in the Michelin Guide, partly thanks to the way in which he paired the indigenous ingredients of his country with the cuisine cookery techniques he picked up as a young man, while working in Europe.

However, as the chef and music lover reveals in our new book, Snacky Tunes, a deep and delicious investigation of the musical and gastronomic arts, from the team behind the podcast of the same name, he didn’t actually make that trip across the Atlantic to pursue his culinary ambitions. It was music that lured him across.

“I first went to Europe at eighteen to live the dream of making music by becoming a DJ,” says the 52-year-old chef in our new book. “I painted walls to pay the bills, but to get a permanent visa, I had to enrol in a school of some kind. A friend in the same situation as I was in a cooking course, so I went with him and enrolled in the Hospitality School of Namur, in Belgium.

“In the beginning, it was quite frightening. I started out as a helper, peeling potatoes and washing dishes. I couldn’t see myself as a gear in such a synchronized machine as that, so I almost gave up. But, when I first got to touch the fish and fresh vegetables, and then when I got to use truffles and mushrooms that were in season, that’s when I felt my life references and direction taking shape.

“However, I was still searching for part of my identity through music. In between listening to Led Zeppelin, the Stooges, and so many others, I had the great fortune of hearing a Brazilian musician. Brazilian music wasn’t very popular outside of its native country at the time, and when I heard him, I found a reference to my life in Egberto Gismonti’s Palhaço, which is now part of my personal soundtrack. It is a long instrumental track about his work in the circus. In the middle of it, he sampled the sounds of children laughing and a few other things that portray the joy and melancholy of a clown and how he surrenders his life to make those children smile.”

Palhaço is included in Atala’s playlist, published in our new book and posted here on Spotify. It’s a wonderfully varied collection of songs, which includes classic punk by The Clash, glam rock from British band Slade, and metal from Motorhed and Metallica, as well as other Brazilian choices, such as Allegre Menina by the guitarist and songwriter Dori Caymmi and Bachianas Brasileiras by the classical composer Heitor Villa-Lobos.

Nevertheless, the chef reserves special praise for a particular recording artist on his list. “One of my biggest idols is Nick Cave,” he explains. “He lived in Brazil in the late ’80s and was married to a friend of mine, so I got to meet him when I moved back to the country. To be impressed by his music one day and then be sitting in a bar having a beer with him on the next was like going to heaven to have a word with God.

“In 2019, I had the pleasure of watching Nick Cave play live in São Paulo (he and his band were outstandingly good), but the greatest pleasure came the next day when I found him having lunch at my restaurant. I thought he wouldn’t remember me, but he did. We had a word about the ’80s, and it was really nice. His song Into My Arms has great importance in my life and resonates deeply with me in my relationship with Márcia, the mother of my twins."

To listen to that song, as well as all the others go here; and to cook along, try the recipe Atala contributes to Snacky Tunes Scallops, Cashew and Marrow with Rôti. Though beware: as the chef says in the book, that rôti sauce takes five days to prepare. At least that gives you time to get well acquainted with his chosen soundtrack. And for more on his amazing cookery, take a look at his book, D.O.M. Rediscovering Brazilian Ingredients. 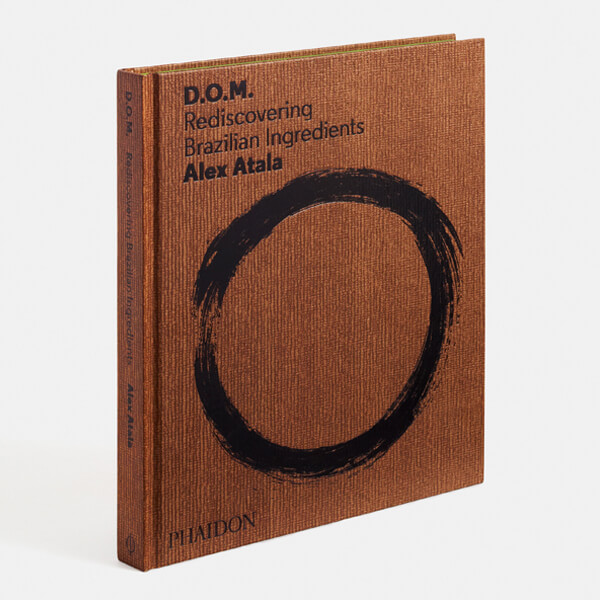 More on Want to cook like Alex Atala? Here’s the music to help you