Noguchi as you've never seen him before

Raintree’s series takes as its point of departure a 1968 Noguchi sculpture of the same name, itself part of a series of granite “landscape tables” and ground sculptures that he produced from the late 1960s through the 70s, a period of heightened ecological awareness that was fueled in part by the first images of Earth from space.

Referencing iconic space imagery in her work, Raintree engages a process of close observation that focuses on the interplay between light and matter, allowing the physical features of each sculpture - from line, to texture, to shape, to colour - to dominate or recede in relation to their light source. The result is an artful interpretation of the notions of geological time that Noguchi suggested in his work, and which Raintree expands to still more exponential lengths. 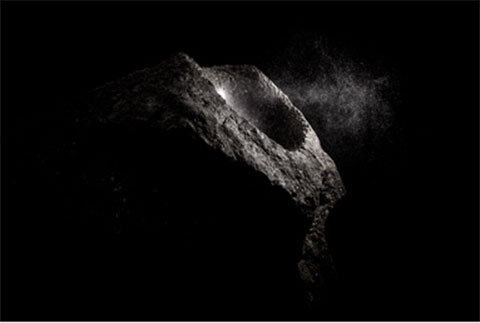 Another Land: After Noguchi represents the Noguchi Museum’s ongoing engagement with contemporary artists, writers, musicians, and others as a means of illuminating the scope of Noguchi’s vision and his continuing impact on our culture. As part of this engagement we recently published The Noguchi Museum - A Portrait, featuring photography from the museum by the renowned New York photographers Stephen Shore and Tina Barney. Take a look here.

Raintree’s own work addresses our relationship to time, scale, and the environment through permeable, process-based interactions with place and materials. Another Land: After Noguchi extends the more than century-old tradition of astrophotography to consider the microcosms inherent in the sculptures of Isamu Noguchi.

The new show began formulating last summer when Raintree embarked on a project at the neighbouring Socrates Sculpture Park that joined two sources of inspiration: her studies of Noguchi’s mark-making on stone and a mission by the European Space Agency’s Rosetta space probe, which streamed images of Comet 67P back to Earth while landing a smaller craft on its surface. With the enigmatic photographs taken by Rosetta during its approach to 67P in mind, Raintree reimagined a small granite stone that she sculpted and then photographed as a distant asteroid. Shortly thereafter she began a similar photographic investigation of The Noguchi Museum collection. 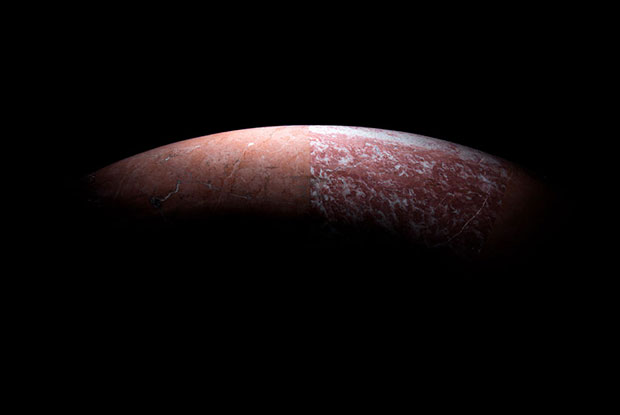 It's interesting to note that Noguchi occasionally engaged professional photographers to visualize the physical space of his early model proposals for landscapes, garden spaces, and the occasional monument, and their completed counterparts. Photography’s necessarily creative fictionalization of sculpture was a tool he used to process his widescreen vision for these projects, and it likewise made its way back into his studio practice.

One notable instance, the sole surviving photo artifact of a conceptual model for a proto-earthwork called Sculpture to Be Seen From Mars (1947), a monumental epitaph to Earth’s inhabitants in the form of an abstracted human visage, seems to have planted the seed for Noguchi’s later work with the landscape tables. See more at the Noguchi Museum's Museum's site and take a look at our Noguchi book featuring the photographs of Stephen Shore and Tina Barney here.