The Noguchi Museum rocks out

In the West, stones are sometimes used as short-hand for Barbarism: think of the uncultured stone-age Neanderthals, or the thugs with ‘rocks’ in their heads. True artistry begins, so scholars once thought, with the Greeks carving raw marble into finer works. Yet there is another way to look at less highly fashioned geological formations, and it is on show at the Noguchi Museum in New York from today, 7 October until 10 January.

Museum of Stones is the first show to place pieces by contemporary artists alongside the museum’s original installation of pieces by the acclaimed Japanese American sculptor. It features fifty works by around thirty artists, as well as a selection of Chinese rock-related objects on loan from the Metropolitan Museum of Art. 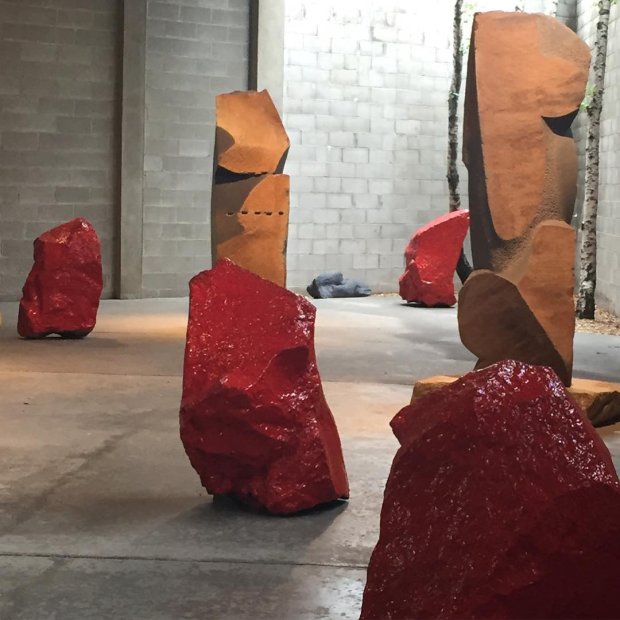 A series of untitled glazed and fired lava rocks by Bosco Sodi (foreground), as installed at the Noguchi Museum, as part of Museum of Stones. Image courtesy of the museum's Instagram

Noguchi was a scholar of the Western sculptural tradition – he studied under the brilliant European Modernist sculptor Constantin Brancusi, and Gutzon Borglum, creator of Mount Rushmore.

However, he also understood the East Asian reverence for stone. “Noguchi believed, as the Japanese tend to, that rock and stone have a lifecycle they should be allowed to experience in full,” the curator of the show explains.

This less intrusive, live-and-let-live attitude towards stone artistry is echoed in the work of the contemporary American sculptor, poet and activist Jimmie Durham, who partly inspired the new show.

Durham’s sculptures are strongly critical of the veiled violence in the supposedly enlightened culture, viewing formal architecture and stone masonry as “stone-denaturing regimes,” intent on establishing “impenetrable bulwarks against time, nature and each other,” the museum explains.

Instead, works of Durham’s and those of the other artists on show aim “restore to stone some of the capriciousness, liveliness, transience and impressionability it exhibits in nature.” 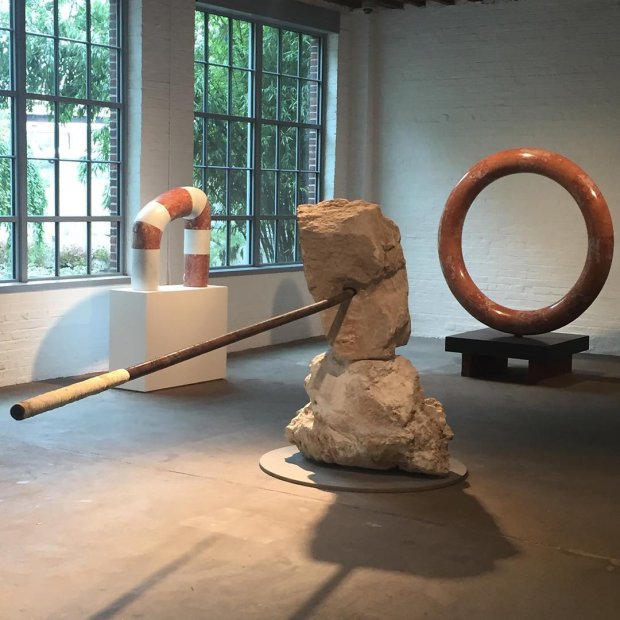 'and' (1996-99) (centre) by Janine Antoni, as installed at the Noguchi Museum, as part of Museum of Stones. Image courtesy of the museum's Instagram

There are pieces by Lawrence Weiner and Janine Antoni, as well as works by Durham and a selection of ancient Chinese scholars stones on loan from the Metropolitan Museum.

Single-artist institutions such as the Noguchi often find it difficult to host wide-reaching shows that don’t undermine the integrity of the founding artist and collection, yet Museum of Stones seems to have done it in this simple yet intriguing display. For more go here, and for greater insight into this brilliant exhibition space, buy The Noguchi Museum: A Portrait, here.