As you may have read here last year, M+, the soon-to-open museum for visual culture in West Kowloon, Hong Kong, has bought the interior of a Tokyo sushi bar created by the great Japanese designer Shiro Kuramata. Kuramata designed the Kiyotomo sushi restaurant in 1988, and, as we explain in our monograph on him, it really is an immaculate conception. “The floor is made from square granite slabs laid at a 45-degree angle to the walls, with the bar formed from the same granite, its top a single delicately curved blade of stone. Kuramata designed black timber stools each with a fingernail of chrome steel tube projecting from the seat to act as a vestigial back.”

The book also adds, somewhat coyly that “at the time of writing, it had been bought by an English enthusiast for Kuramata’s work, but had not reopened its doors after the departure of the chef.”

This unnamed enthusiast is in fact Phaidon’s former owner, the entrepreneur Richard Schlagman, who appears in this great new video, detailing the bar’s history, as well as M+’s marvellous work undertaken in dismantling and moving Kiyotomo’s interior across the South China Sea to its new home.

It’s a great short film, which includes interviews with fellow post-war Japanese designers, as well as the museum’s staff, and the contractors who originally installed the bar over twenty years ago, and who returned to Kiyotomo’s site a little under a year ago, to extract the bar’s fixtures and fittings.

Kuramata’s perfectionism really comes across in the film; the acrylic panels in the bar’s ceiling were installed during a cold spell, to allow them to shrink sufficiently to be fitted onto their metal frame, while the joins in every cedar veneer panel had to be exactly 3mm wide. 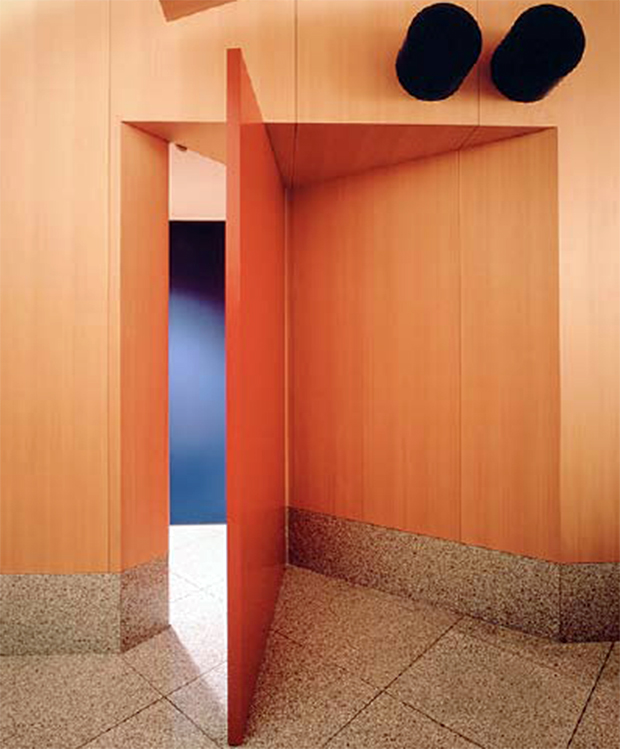 We’ll have to wait until 2018, when M+ finally opens, to see whether the museum has managed to replicate all these details. Yet, judging by this footage, the curators, conservators and staff are treating Kuramata’s bar with sufficient reverence. The designer, who died on 1 February 1991 at the age of 56, did as much as any to elevate everyday objects to the status of high culture, and so, as M+ curator and Phaidon author Aric Chen puts it, “its quite poignant to display a sushi bar as a work of art.”