We had a great time at the Design Museum last night, listening to John Pawson and Deyan Sudjic talk so eloquently, passionately and knowledgably about the work of Japanese designer Shiro Kuramata. Pawson, as you probably know, spent time with Kuramata in Nagoya, Japan in the 1970s “he had no idea who I was,” Pawson told an attentive Design Museum crowd. However, the two became firm friends over the year the Englishman spent in Japan.

Pawson has credited the designer with turning him on to architecture on a number of occasions. Last night though he revealed that before he met Kuramata he was entertaining serious ideas of becoming a Zen Buddhist Monk. Sudjic, of course, is best known as the director of the Design Museum but he’s also the author of our beautiful new two volume, plexiglass-encased monograph on the designer which you can read more about here.

Of their initial meeting in Japan, Sudjic asked Pawson, “what did you do, just hang around his office in Ropongi?” To which the architect replied with characteristic dry wit: “It’s hard to hang around an office like that if you don’t speak Japanese and can’t draw!” He added though that Kuramata was “very generous to me with his time adding, “it was a lot of me watching him sketch and draw.”

The architect, who incidentally was wearing a tie featuring a broken glass motif, given to him by Kuramata, was candid on a number of his observations from the time. He revealed that although Kuramata “was brought up a Confucian, he preferred the jaunty abandonment of the Italians.” And he revealed that he was very cautious about picking up any object he liked as “Kuramata had a tendency to then give it to you.” 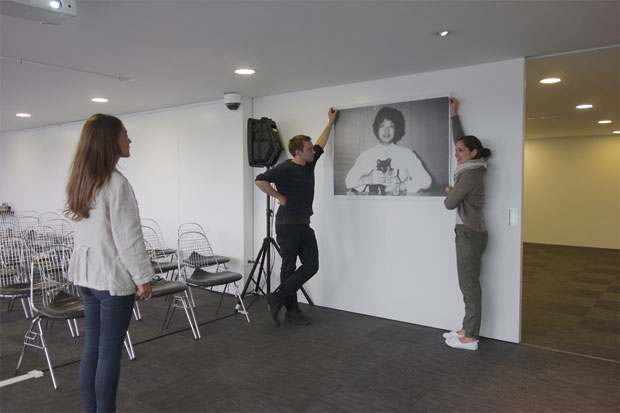 Prompted by Sudjic, Pawson considered the similarities between him and the designer saying that he thought the two of them “shared an idea that design is a serious business. It’s not about sudden flashes of inspiration - it’s about graft, and being very focused and being able to marshal your memories.” Of their differences Pawson said: “He was always trying new things, his body of work is a catalogue of originals.” Pawson seemed to be implying (though we could, of course, be wrong!) that he preferred to work with the same materials.

Pawson claimed at one point during the conversation that Kuramata “lived for his work, and would love to be reincarnated as a Manga character!” He also confirmed that he still owns a number of Kuramata pieces but, bizarre but true, "they’re locked in my grandfather's dentist’s shed in Japan." If the beautiful pieces pictured in our monograph are anything to go by John, we’d make sure the locks on that shed are pretty strong. You can buy Shiro Kuramata by Deyan Sudjic in the store now. It’s worth 1,000 Phaidon Club points. Join the club here. And take a look at Pawson’s beautiful new website (of which we’re very jealous!)

More on John Pawson talks Kuramata at the Design Museum