Shiro Kuramata was a designer of quite astonishing ingenuity. His broad cultural tastes and sensitivity to the radical changes of postwar Japanese society inform his work, which ranges from idiosyncratic and ingenious furniture designs to interior retail spaces. Our new two volume monograph, generously illustrated, examines his life and works in exhaustive detail – author Deyan Sudjic, director of the Design Museum in London, explains the various ideas and technical developments that enabled him to realise his pieces, while there are also interviews with, and writings by, Kuramata himself.

One significant influence on Kuramata was the Gutai group of artists, who formed in 1954 and went on to stage a series of staged “happenings”, involving rolling around in mud in public places or smashing glass jars onto canvasses laid out on the floor. All of this was several years before the American neo-Dada movement.

Witnessing these events provided an epiphany for Kuramata – he spoke of how “epochal” they were, and how they were a gateway to 20th century art movements like Surrealism which offered him fresh impetus for his creative imagination, to step outside of the orthodoxies of the design world. 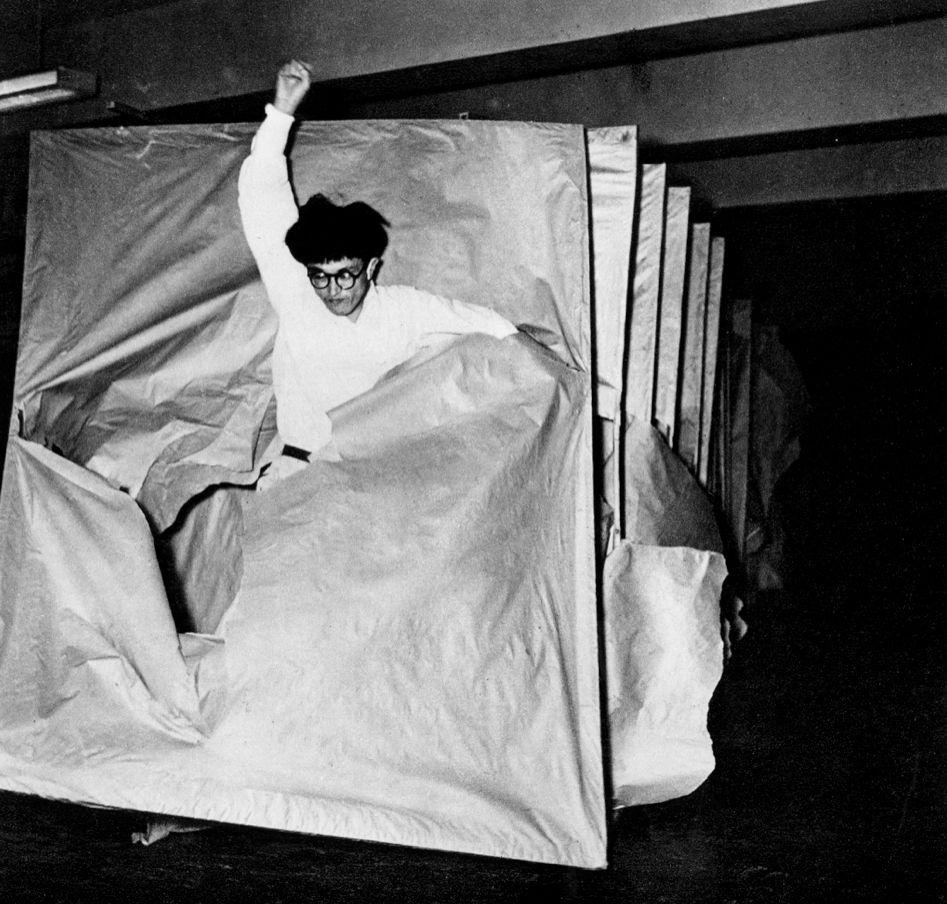 At One Moment Opening Six Holes, Tokyo, 1955, by Saburo Murakami

The upshot of this was that in 1967, when he was commissioned to decorate the bar of the Supper Club Cazador in Tokyo, he asked the artist Jiro Takamatsu to execute a series of “shadow paintings” - images of shadows rendered in careful, tonal gradations from white to grey, to eerily deceptive effect.

Noticing that the shadows were painted , anxious restaurant customes would then look for their own shadows on the walls. Kuramato planned this psychological effect as a way of showing what he called, 'people's participation in space'. 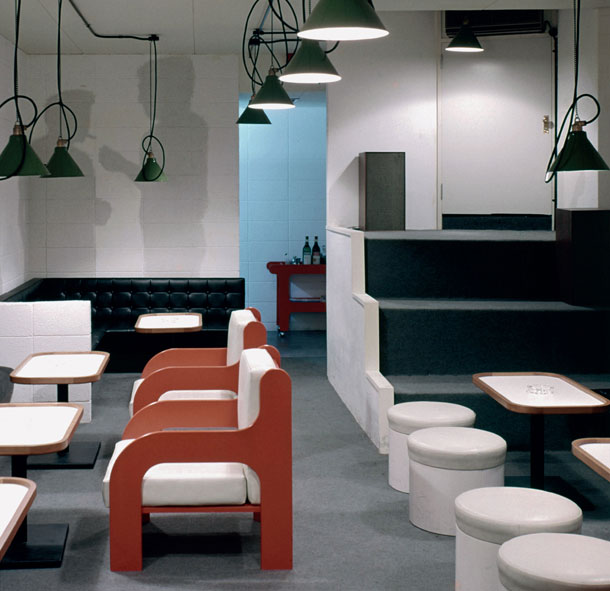 The shadows look absolutely authentic, as if cast by real people or objects – they certainly add atmosphere to the bar but also, writes Sudjic, a “strange sense of absence” which was one of the recurring themes of Kuramata's design.

Intrigued? Go here to discover how Stanley Kubrick's 2001: A Space Odyssey also fed into the designer's work, or take the plunge and buy the Kuramata book from the people who made it, here.

More on The Japanese art group that inspired Shiro Kuramata