The visionary designer loved the 1968 film A Space Odyssey, but thought he could improve on the furniture

Shiro Kuramata was so idiosyncratic and his works so prized that it's debatable whether his furniture should be seen as design or art - certainly in the case of his How High The Moon armchair. That chair can be found not just in the V&A Museum in London but MoMA in New York.

So how should we view this work today? Our double volume monograph can help with that. As well as interviews with Kuramata, a selection of his own writings and illustrations of his work, the excellent, authoritative two-volume monograph contains an essay by Design Museum Director Deyan Sudijic, who places Kuramata's work in a broader context, the cultural and turbulent political backdrop which gave rise to some of his best ideas. 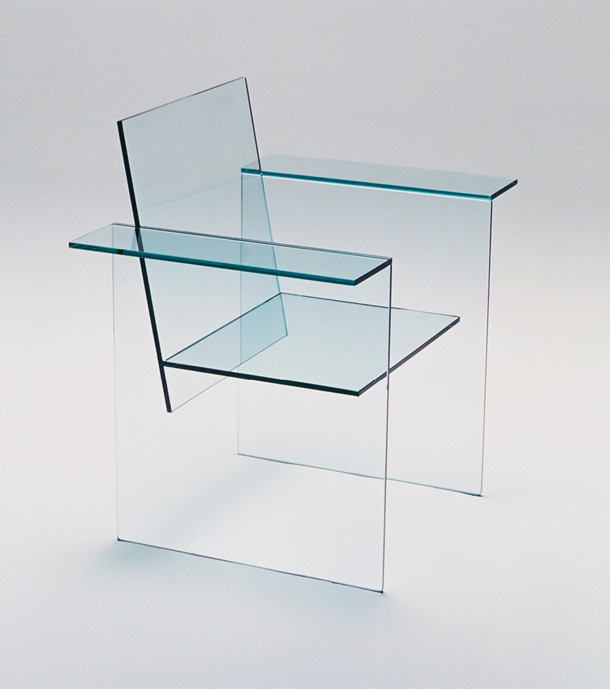 A superb example of Kuramata's technical know-how and restless creative vision is embodied in his Glass Chair (1976.) Kuramata had watched, and enjoyed Stanley Kubrick's 1968 film 2001: A Space Odyssey. However, he had been disappointed that although the movie's sets looked "futuristic", the director had merely availed of designs already extant at the time of the film's release. He thought about what sort of furniture he would design instead. The idea of the chair became reality when a new adhesive became available that could bond glass with glass. 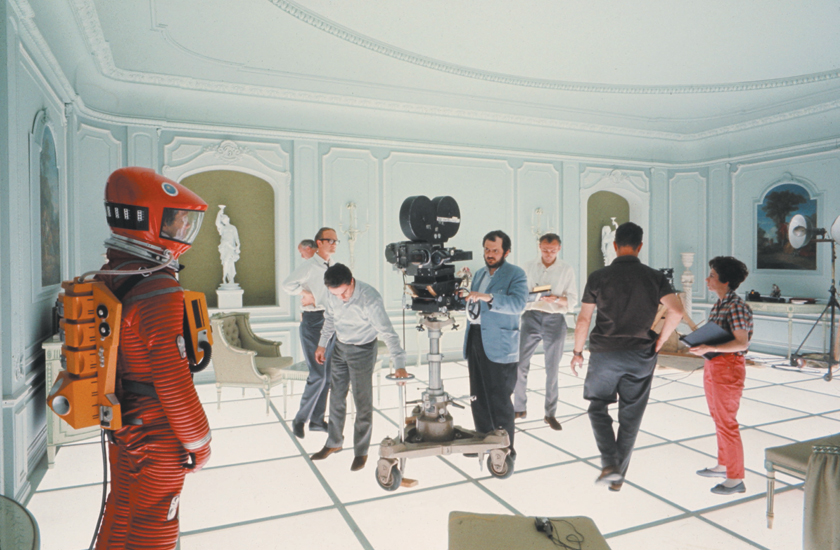 Stanley Kubrick on the set of 2001: A Space Odyssey. Great film, shame about the chairs.

The resultant chair, with no need for screws or mounts, has a miraculous appearance - it gives the illusion of being of supported by thin air. However, it was the result of repeated testing, and setbacks along the way. Kuramata seems to have discovered by personal trial that the new wonder adhesive was not initially as long lasting as hoped. However, even in mishap, the artist in him found consolation. "It may be that the chair will abruptly fall into pieces, which is not necessarily a bad thing. Glass gives one the sensation of looking at the past when it smashes but looking at a well-polished surface gives us a glimpse of the future."

You can gather a rounded, and suitably historical understanding of this Japanese designer, in our brilliant, beautifully illustrated book. You can also learn a bit more about the film that inspired Kuramata in the Stanley Kubrick volume in our Masters of Cinema series, an essential introduction to one of the world's greatest directors. Buy them both from the people who made them, here.

More on How Shiro Kuramata was inspired by Kubrick's 2001