Machines that serve no function, ferociously hot metal, psychoanalytic theory - the italian artist says Schmale is the one to watch at new BALTIC Artists' Award show

We’re big fans of Monica Bonvicini’s work at Phaidon. The Italian artist tackles big questions about the relationship between architecture, gender, space, surveillance and control in her multi-faceted, engaging practice and we’re always intrigued by what she might do next.

So we were interested to see that she had nominated one of the four artists showing at the new Baltic Artists' Award show at BALTIC Centre for Contemporary Art in Gateshead, Newcastle in the north of England. 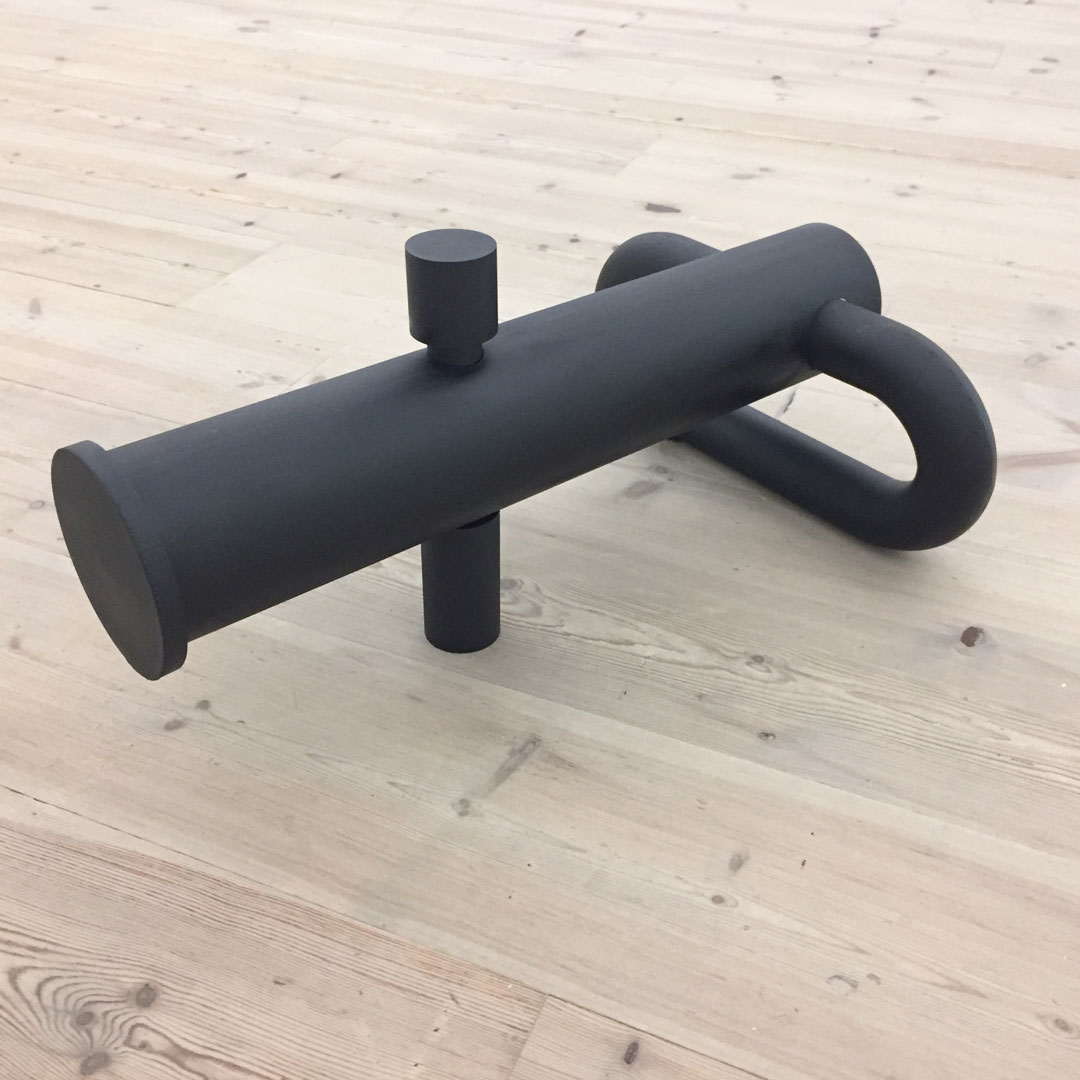 First a little about the show. The four emerging artists in it have been selected by a panel of internationally renowned contemporary ones: Lorna Simpson, Mike Nelson, Pedro Cabrita Reis and Bonvicini. Each has nominated an under-the-radar artist to receive a prize fund and 13-week show at BALTIC, potentially exposing their work to thousands of visitors.

The works are presented as a group show occupying BALTIC’s Level & 4 Galleries. Naturally the standard is high and we urge you to read more about it here or make a visit if you're able. We caught up with Monica Bonvicini and Toni Schmale, the artist she's nominated, at the preview last week. This is what Monica told us. 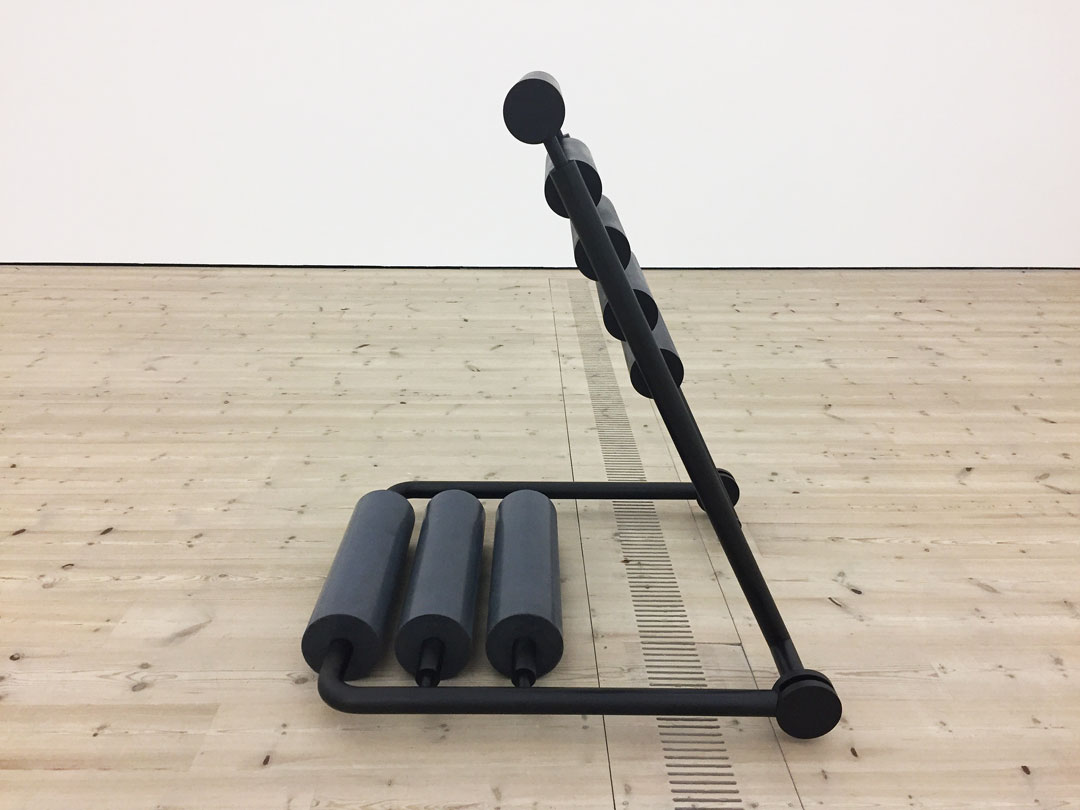 "I’ve known Toni for a few years, she was actually a student of mine in Vienna. She finished art school two or three years ago. She originally came from a performative class to my class. I (politely) told her I don’t want to see any performance! I was attracted initially by her attitude - she was very, very direct, and very precise and bold. And then she started producing sculptures. I’ve been very intrigued by the way she works."

Schmale's works at BALTIC resemble machines or functional objects for which a function doesn't actually exist. They are dark, geometric - almost brutal in a way - and are arranged in a haphazard form that suggests they are ricocheting around the gallery floor. They are a mix of metals and stone yet through patterning, surfacing, heating and arranging their origins are, at times, obscured, albeit beautifully so. 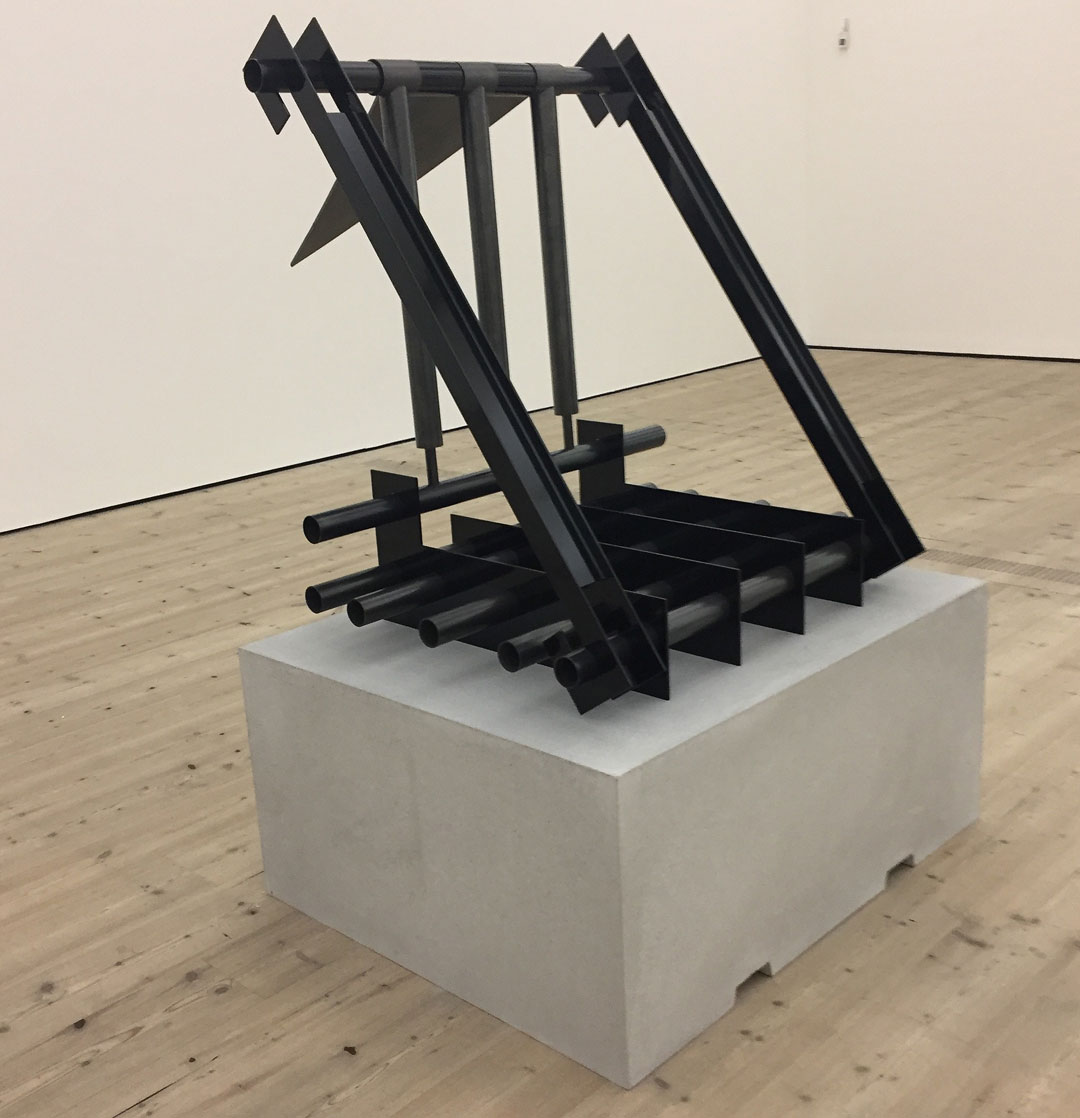 "When I began the work I was reading a lot about the ideas of the psychoanalyst Donald Winnicott and his object relations theory," Schmale told us. "He talks a lot about the transitional object and this thing that is not us but is also not outside us. It’s the connection between the inner and the outer reality. And so these are kind of transitional objects for me. It's a really important thing for me to have these inner connections in the 'machines' that you cannot see. A big part of my work revolves around thinking about that."

Schmale's self-taught expertise in bending, moulding, arranging and texturing the metal under her control plays into the absolute power of the finished works. "She's very meticulous and her sculptures are very complicated in the way that they are made," says Bonvicini. "She’s totally crazy about the different ways you can work with metal. She knows ways that I didn’t know even existed! And she does this all by herself." 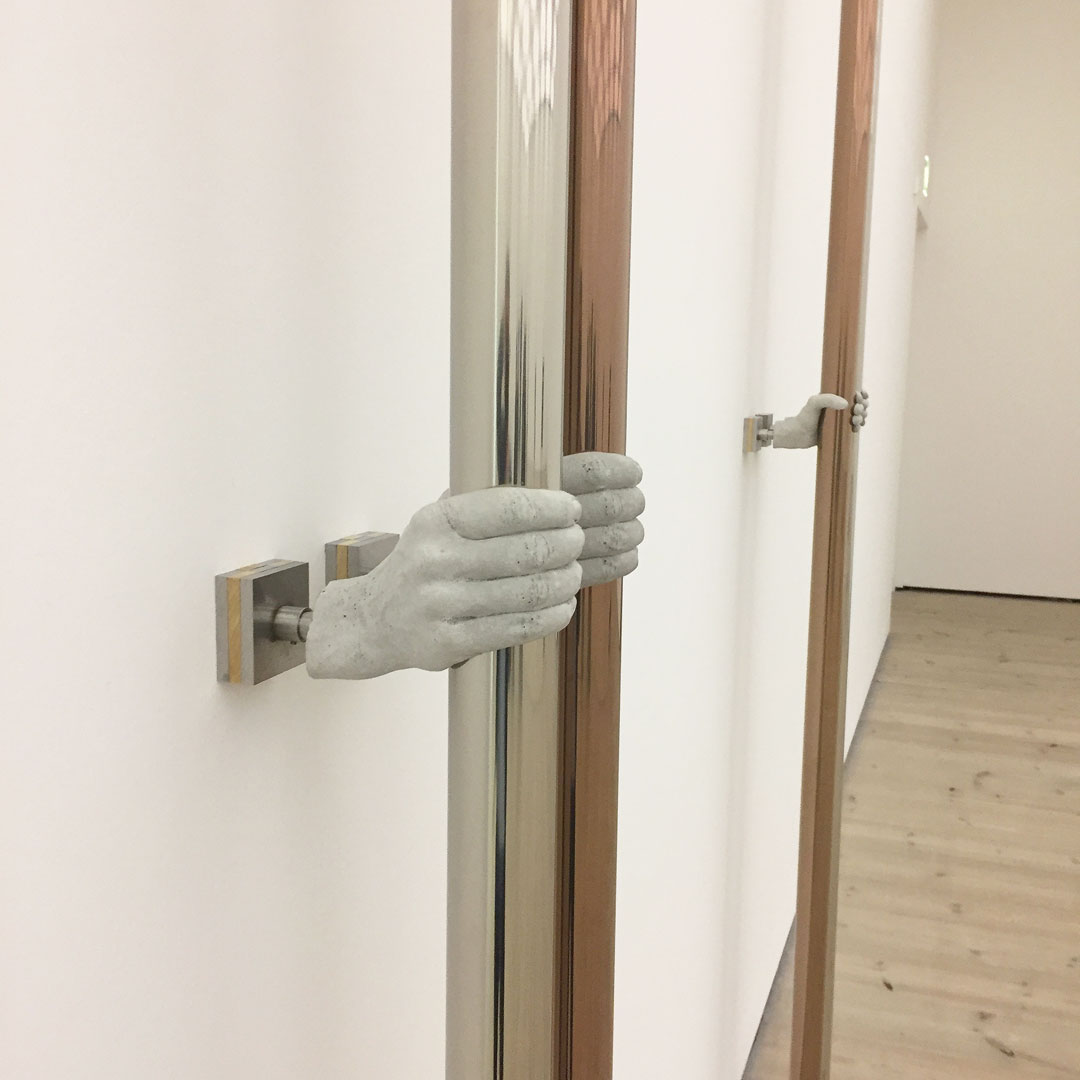 One piece, 170 grad (2017), particularly illustrates this. It comprises four 60mm pipes, gripped firmly in cast palms. They are of varying colours and materials and bring to mind classical Greek sculpture, like Athena holding a spear. The Stainless steel and brass exhibit different colours and hardnesses after being heated to carefully selected different heat temperatures according to Schmale.

"When it gets warm or hot the material begins to speak to you. This one is 170 degrees, this one is heated to 400. This one is a little bit more gold and maybe heated to something like 550 degrees. It becomes more red  something like 650 degrees then goes blue and at 950 it’s gone from grey to black." Schmales thinks a lot about the varying relationships and what she calls the 'heirarchies' between them.

"Some like each other but some don’t like each other so much. The brass and the stainless steel – the hard and the soft. They fit inside each other, they really get on!" Check out the show and see more of our Monica Bonvicini book here. 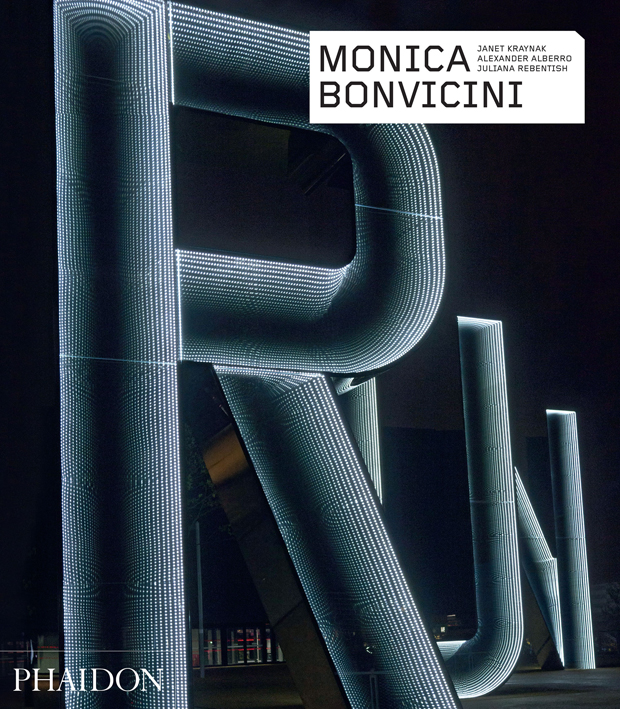 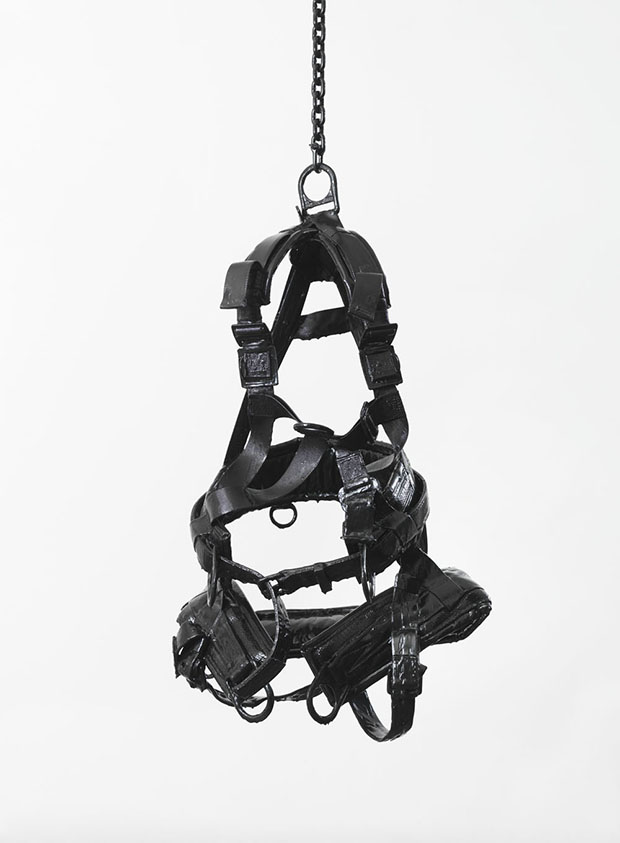 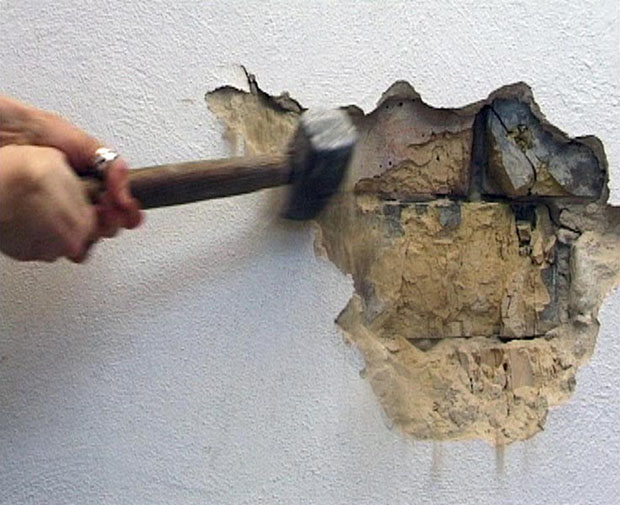 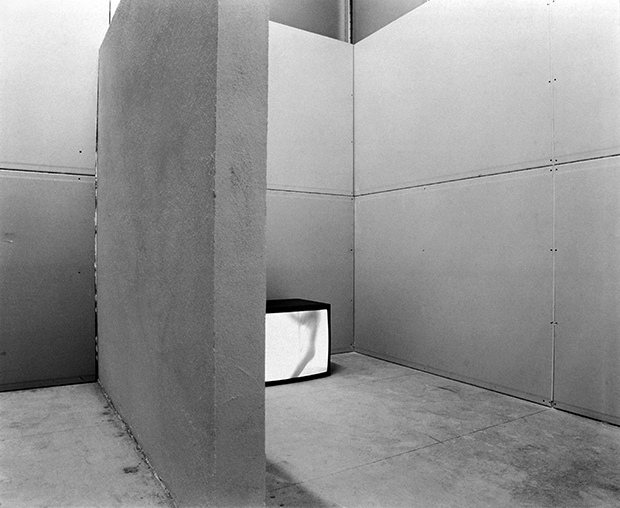 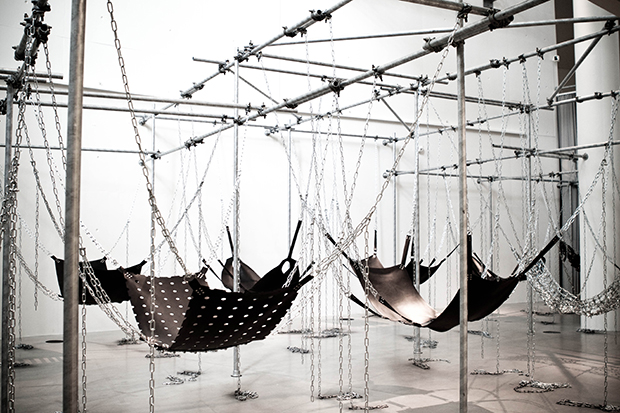 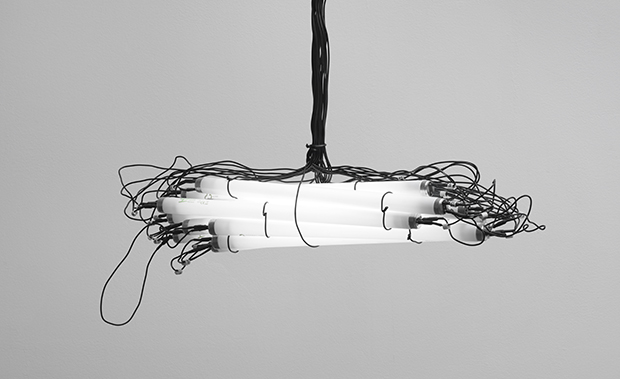