One of the most alluring things about the Danish-Norwegian art duo Elmgreen & Dragset is, of course, their name. And one of the most surprising aspects of this name is that they didn’t even come up with it themselves.

“The name is not even invented by us," says Michael Elmgreen, the Danish half of the duo in our new book Co-Art: Artists on Creative Collaboration. “It sounds like an old-school law firm in a Monty Python film or something like that. Our names were shortened in biennials and big group shows because they occupied too much space. Galleries suddenly left out our first names, so we simply became this corporate sounding brand name ‘Elmgreen & Dragset’. And we thought, Okay. Whatever.”

The pair met in Copenhagen 1994, fell in love and began creating art together, drawing on their respective backgrounds in poetry and theatre. Despite separating romantically in 2004, they've continued to work under the moniker the art world awarded them. Or at least some of the art world. 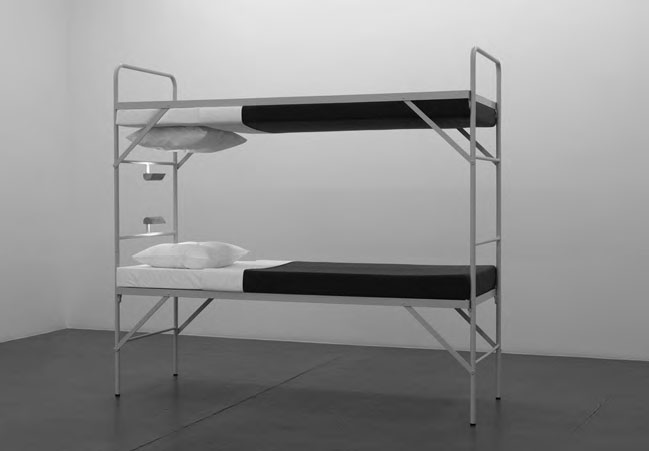 “The Italians called us Bang & Olufsen for years, the only other Scandinavian collaborators they knew!" says Ingar Dragset “It can be complicated for people from other language regions.”

Though their working partnership developed organically, the pair recognise the importance of group work in an age of individualism - some might say narcissism.

“Collaboration is maybe even more meaningful in this current selfie culture that is based on perceiving your own personality, your own ego as the absolute centre point for everything in the world," says Elmgreen. "There's a tendency not to be able to imagine the world without your own smiling face in front of every event." 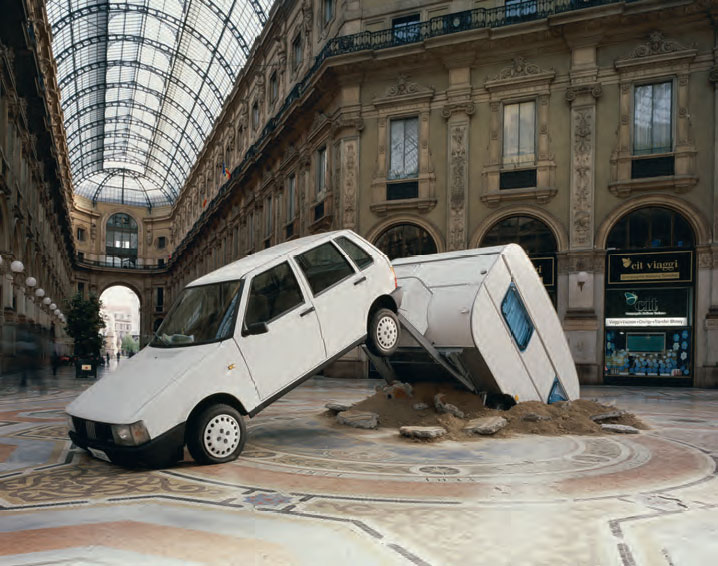 As the old markers that once gave our lives meaning begin to fade the idea of the individual within a greater tradition increasingly interests the artists. In 2014 the duo staged an exhibition in Oslo entitled Biography, examining how we build our identities, when established identifiers such as class, gender and nationality change quite radically.

“Generations back, you would be proud of being the third generation of steelworkers, but that doesn’t really count any more,” argues Elmgreen. “You need to be in the spotlight. You need to be the main attraction. It’s not about participation; it’s about labelling yourself. In these shows we’ve been dealing with the idea of how you create an identity today.

"Through social media it’s more a pick-and-choose situation where dreams, desires, phobias and lies are put together, and our identities are created in a cut-and-paste manner. We no longer experience a sense of belonging to communities as we experienced it in the twentieth century.”

And it was only by abandoning individualism and working together that Elmgreen & Dragset managed to articulate this change. For more on Elmgreen & Dragset’s life and work, as well as that of many other art duos and groups - including this one featuring Hollywood actor Shia LaBeouf - order a copy of Co-Art: Artists on Creative Collaboration here.

More on How Elmgreen & Dragset surf the age of the selfie