The copper-green sculpture, He, forms part of a new mermaid themed group exhibition in the city

Poland’s capital is over 150 miles from the sea, so why does it have a mermaid on its coat of arms? Well, legend has it that a melusina, or river spirit, once inhabited the city’s stretch of the Vistula river. Unfairly imprisoned by a local merchant, Warsaw’s fisherman freed the spirit and now she carries a sword in most representations, to indicate her willingness to defend the city.

Warsaw’s Museum of Contemporary Art has taken the city’s mermaid as a theme for its new exhibition The Beguiling Siren is Thy Crest. The show runs until 18 June, is staged in the city’s Museum by the Vistula – a newly opened temporary exhibition space, which will house shows until a permanent building opens in 2019 – and features work by a wide range of artists including Pablo Picasso, Louise Bourgeois, Wolfgang Tillmans, and the sea-themed Detroit techno duo Drexyia. 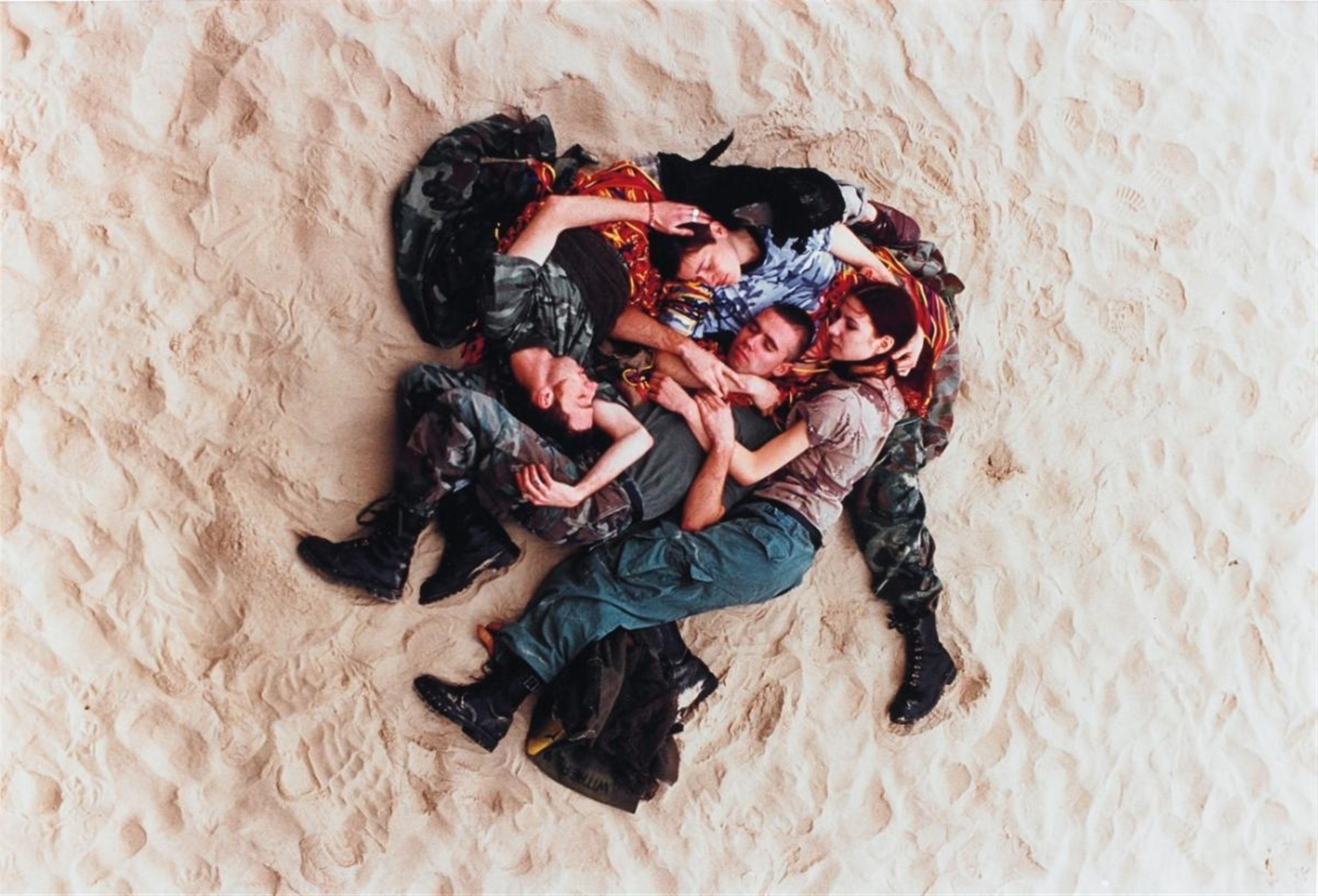 Lutz, Alex, Suzanne & Christoph on beach (1993) by Wolfgang Tillmans, currently on show at The Beguiling Siren is Thy Crest

However, one of the best pieces comes from the Danish-Norwegian artists Elmgreen & Dragset. The pair originally produced their merboy sculpture, He, in 2012, for the Danish city of Elsinore.

Though that earlier rendition came in highly polished stainless steel, this copper green version – actually made from cast polyurethane and metal lacquer – is just as striking, and serves as a homosexual corrective to the distinctly heterosexual version of the topless water sprite, and so helps to include all of Warsaw’s inhabitants – gay and straight – in this watery tail.

For more on the show go here; for more on Elmgreen & Dragset’s life and work, as well as that of many other art duos and groups - including this one featuring Hollywood actor Shia LaBeouf - order a copy of Co-Art: Artists on Creative Collaboration here.