Understand the multiple roles the artist plays in this photograph, up for auction at Sotheby’s in New York

One of Cindy Sherman’s earliest and best-known series of photographs is her Untitled Film Stills. Shot in the late 1970s, each image features the American fine-art photographer dressed and posing as a classic Hollywood heroine from a bygone age of silver-screen glamour.

Over the following decades Sherman returned to this theme of actresses, perhaps most notably in her Headshot series created in 2000, one of which, Untitled #352, goes up for sale at Sotheby’s in New York today, 12 November.

However, as we explain in our Phaidon Focus title, these women are not the big-screen beauties that appeared in her earlier series, but instead are a more abject set of thespians.

The photographs are, as Paul Moorhouse writes in our book, “publicity stills, though the actresses portrayed show little hope of landing any leading roles. 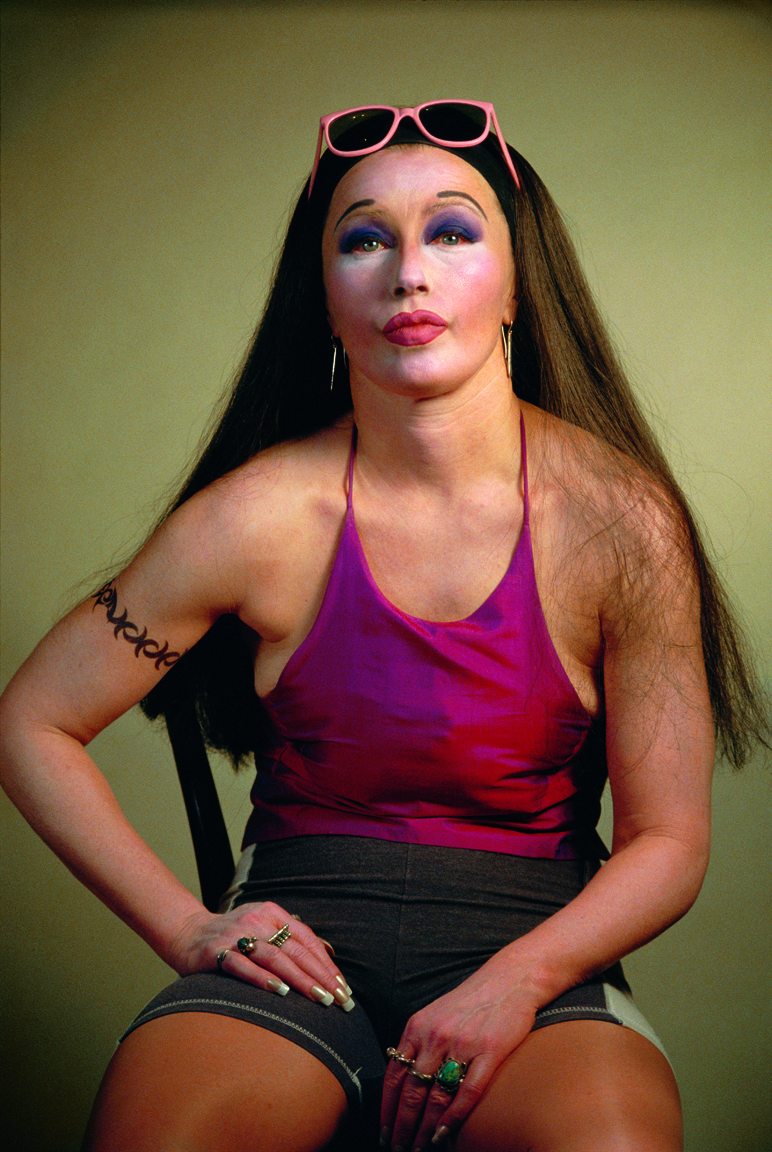 “They are inevitably older, and layer upon layer of contrivance is applied as Sherman explores their fictitious and forlorn efforts to appear young, glamorous and available.

“The series spotlights the plight of actresses who have succumbed to society’s infatuation with youth and, as a result, have found themselves no longer in professional demand. Down on their luck and unable to secure acting roles, they have been forced to seek other employment while continuing to hope that their talents will be recognized and they will be recalled to the screen.

“As Untitled #352 shows, the most pitiful failure is the attempt to seem younger than they are, a deceit that collapses into masquerade. The adoption of ultra-fashionable cosmetics, body adornments and revealing clothes makes the women comic rather than seductive. Age has vanquished them, leaving only a poignant disjunction between a wished-for demeanour and a remorseless reality.“

Yet Sherman’s series is not as simplistic as it might at first appear. In reality, she is no fallen starlet, but a successful and highly regarded artist, and her position, as both photographer and model, complicates the underlying image.

As Moorhouse puts it “the artist is playing the part of invented characters that are, in turn, adopting various roles in order to create a false impression about themselves.” 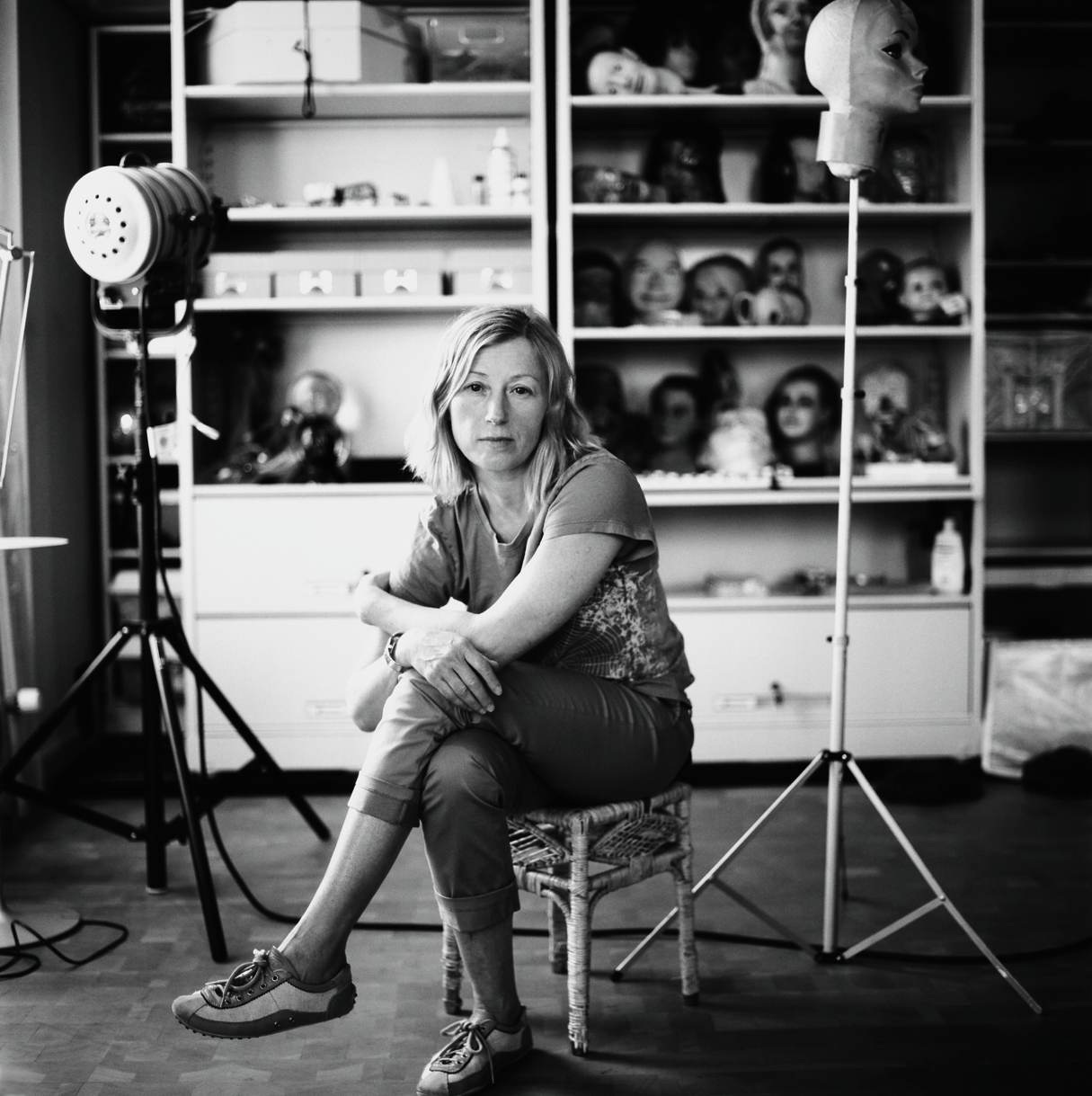 Cindy Sherman in her studio New York 2007. As reproduced in our Phaidon Focus book

In so doing, Sherman isn’t ridiculing the hapless middle-aged women she depicts. Instead, by “reflecting on both art and the society it explores,” her theme becomes the way in which “the creation of appearance has become dominant,” – an apt subject for a contemporary artist as agile as Sherman.

For greater insight into this important artist’s life and work, order a copy of our Cindy Sherman Phaidon Focus book here.

More on From Book to Bid – Cindy Sherman’s Untitled #352