Why did the American fine artist choose to portray the wives of the rich and powerful in this way?

When a certain photograph goes up for sale at Christie's New York next month, will some of the better-off women in the auction room experience a shiver of self-recognition? The picture, by the American fine-art photographer, Cindy Sherman, is Untitled, (2010/2012), and is going on sale at Christie's New York in its First Open sale, on 6 March, to benefit the Contemporary Arts Museum Houston's special exhibitions and public programs.

It first appeared in Sherman's 2011 MAC make-up campaign. This series of images echoed earlier periods of in the artist's career, and the shot up for sale next month is reminiscent of Sherman's Society Portraits. Why did she choose to portray some of the most rich and powerful women in America? And why does she show them in this way? Let our Phaidon Focus author and 20th Century curator at the National Portrait Gallery, Paul Moorhouse, examine this series further. 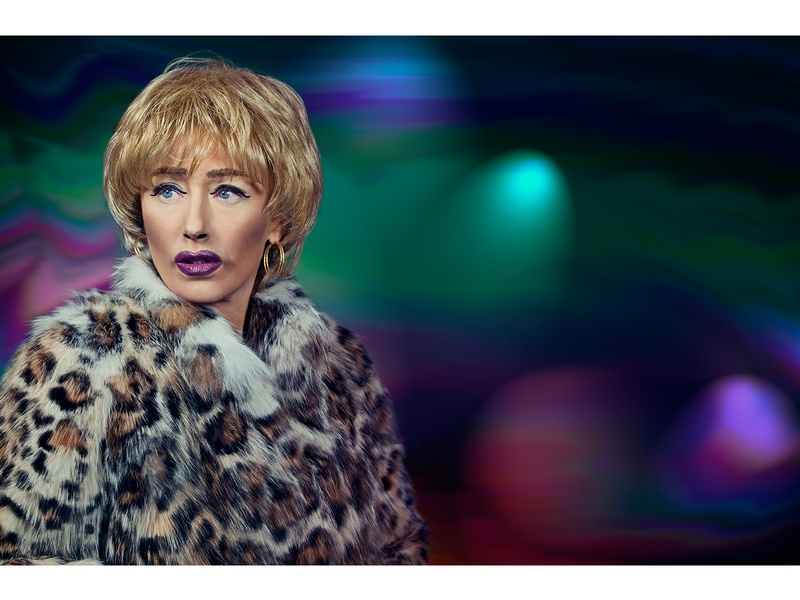 "Taking as its subject depictions of older women, society portraits (2008) develops several significant earlier themes while introducing new preoccupations and modes of depiction. As in headshots (2000), the mature women portrayed by Sherman are witnessed confronting the issue of their age. Whereas the actresses seem defeated by the impossibility of regaining and projecting a lost sexuality, these society hostesses have adopted a different strategy. Rather than attempting an air of youthful attractiveness, they are preoccupied with their own status and sophistication as the means of preserving personal and social credibility."

"The wives of powerful men - financiers, politicians and lawyers - they must cut a figure in a pressured world of competitive public achievement. Sherman's characters explore the intricate repertoire of devices developed to serve that end. Pictured against backdrops that strain to convey an effect of history and substance, her women pose for the camera in attitudes that strike a note of imperious, self-conscious importance. However, the ambiance they have fabricated and inhabit is, like the backdrops Sherman employs, strangely empty. Despite their strenuous efforts at poise, affluence and confidence, like the red-lipsticked, red-eyed lady in Untitled #470, these forceful women are betrayed by neurosis, chilling self-absorption and a mask-like veneer of charm. Even the way the portraits are framed strikes a false note. Ornate, intricate and patterned their elegance is, nevertheless, ersatz." 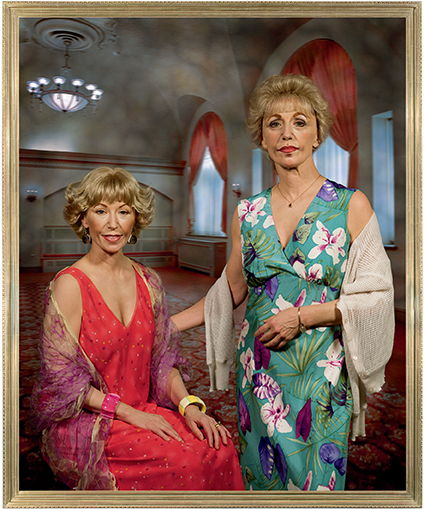 "Departing from the more overtly grotesque aspects of the headshots and clowns photographs (2003-4), Sherman's sophisticated ladies are touched by a more understated artifice. But, as these acute social commentaries suggest, that does not make their appearance any the less sad or disturbing. The unspoken tension beneath the surface of these portraits, and their compelling engagement with the dilemma of ageing, relates to Sherman's own predicament as a woman and artist. Now middle-aged and approaching the fifth decade of her career, she too confronts a universal condition: the passage of time and, at a deeper level, the way that each individual must be reconciled to their own mortality. From this all too human plight, she makes art that exposes human folly but also identifies a kind of desperation that, ultimately, is at once repugnant and forgivable. Despite the frosty surface that is their solution to age, the unexpected impression that Sherman evokes in these ladies' appearance is one of poignant frailty. Sherman's society belles deceive no one, least of all themselves. As an artist, Sherman has made her art from exposing deception and engaging with its strategies - casting a keen eye on the foibles of Vanity Fair. In that respect, these images are about the failure to deceive and the compulsion to do so. Thus fabricated they continue concerns evident in Sherman's output from its beginnings."

For more on both this series and Sherman's other work, consider this new addition to the Phaidon Focus series, the essential introduction to modern artists. Buy it as a hardback here, and as an ibook, here.

More on The truth about Cindy Sherman's society portraits